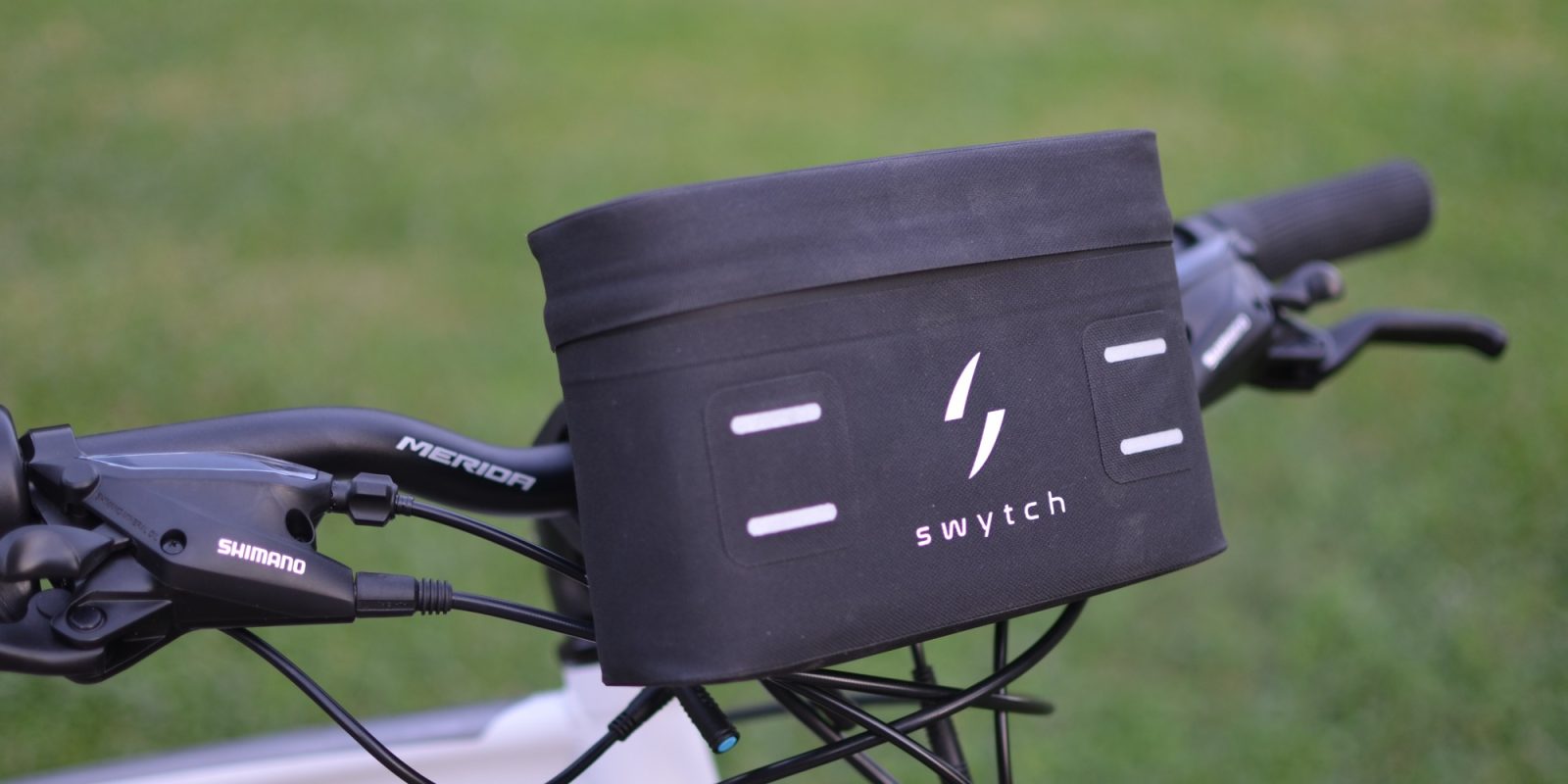 The London-based startup Swytch Technology, known for its unique electric bicycle conversion kit, is a classic example of a crowdfunding success story. And now that the company has successfully entered production of its novel e-bike conversion kits, they are sticking with the crowd theme with the rollout of a new “crowd-shopping” strategy.

Swytch today announced that it will be pairing the new sales method with a steep 50% discount on its popular electric bicycle conversion kits.

You might remember the Swytch kit from our hands-on review late last year.

After seeing the odd yet innovative little e-bike kit at the Eurobike 2019 trade show, I got my hands on one to convert my mountain bike into an electric mountain bike.

The process was actually quite smooth and resulted in a simple, easy-to-do homemade electric bicycle with both a throttle and pedal assist (though they also have kits without throttles for countries where they aren’t legal).

You can check out my assembly and review of the Swytch kit in my last article here.

And you can watch me install the kit and test it out in the video below.

The kit is a novel way to repackage the same basic parts that are found in pretty much every electric bicycle conversion kit.

The 250W continuous motor is housed in the front hub, and the pedal sensor mounts to the pedal crank. Neither of those are news to anyone familiar with e-bike conversion kits.

The major innovation comes in the Power Pack. That’s the case that mounts to the handlebars with a specially designed quick release. It houses the battery, controller, and wiring harness, as well as a screen or LED indicators on top to display riding data and a built-in LED light on the front of the unit for nighttime visibility. It can be removed with a single finger and easily taken with the rider after parking, and is available in multiple battery sizes for different commuting requirements. 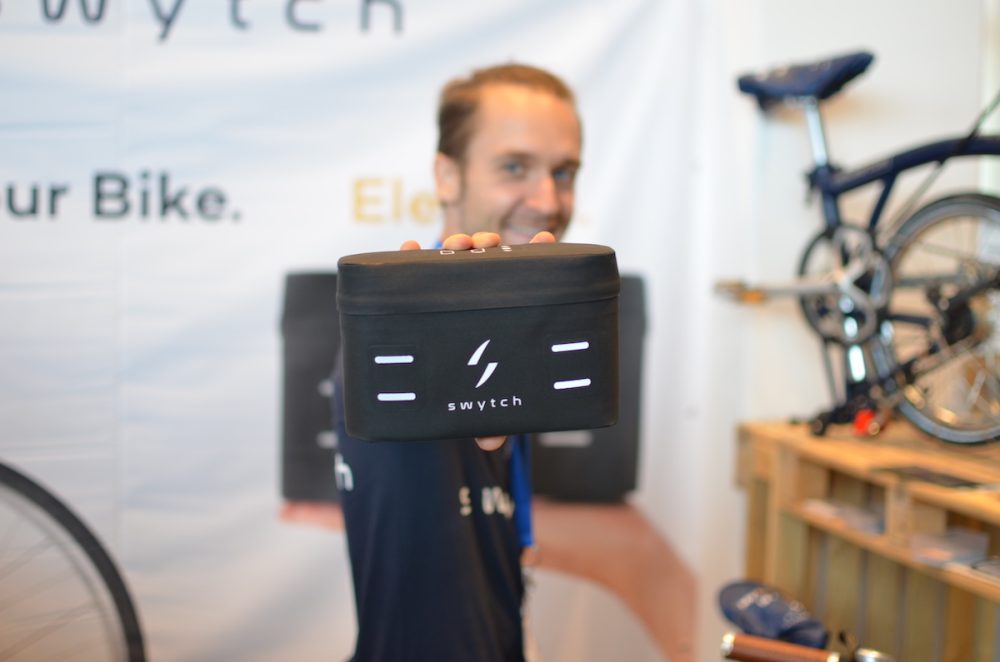 Now that the company has entered serial production, Swytch is beginning standard retail sales. However, “standard” might not be the right term to use here. Based on the success that the company experienced during the initial crowdfunding campaign, the Swytch team is hoping to parlay that crowdfunding triumph into something they are calling “crowd-shopping.”

The idea is that they can leverage the communal aspect of a crowdfunding campaign, but rely on their track record of delivering thousands of kits so far to assuage customers’ normal concerns with crowdfunding new projects and unknown companies.

The move runs counter to standard operating procedure for crowdfunded companies who move on from crowdfunding toward more conventional sales channels after demand for the product has been proven.

As Swytch CEO Oliver Montague explained in a statement provided to Electrek, this is in response to the recent growth in popularity of crowdfunding as a way for consumers to pre-purchase products with a significant discount:

We started by crowdfunding the Swytch e-bike kit when it was still in development. Now we’re moving on to allow people to continue pre-ordering it with up to a 50% discount. But now that we’re established as a company, and delivery is guaranteed, it’s less like crowdfunding, and more like regular online shopping hence, crowd-shopping.

We’ve got a huge pipeline of groundbreaking new tech including complete e-bikes, cycling safety gear, power and battery devices — in five years’ time, we expect to have an entire marketplace of products, all of which can be pre-ordered by crowd-shopping, to feed into our upcoming manufacturing runs.

Swytch is also using the crowd-shopping concept to once again offer large discounts for early buyers, just like a crowdfunding campaign.

The concept is somewhat similar to “group buys,” where a group of consumers create a larger consumer force by buying a product in a large group, often reducing the price or shipping cost.

In this case, Swytch is proactively offering the discounts as a way to incentivize buyers to join this new campaign. Swytch’s e-bike conversion kits will be offered for as little as $499/£399, representing a 50% discount from the retail price. As the end of the campaign approaches, the discount will be reduced.

While crowdfunding has been around for years in the e-bike industry, this concept of crowd-shopping is rather new. It remains to be seen whether this trend will catch on, but Swytch is hoping that its proven track record for sales and support will once again bring in the customers en masse.