Believe it or not, this new carbon fiber electric bike costs under $1k 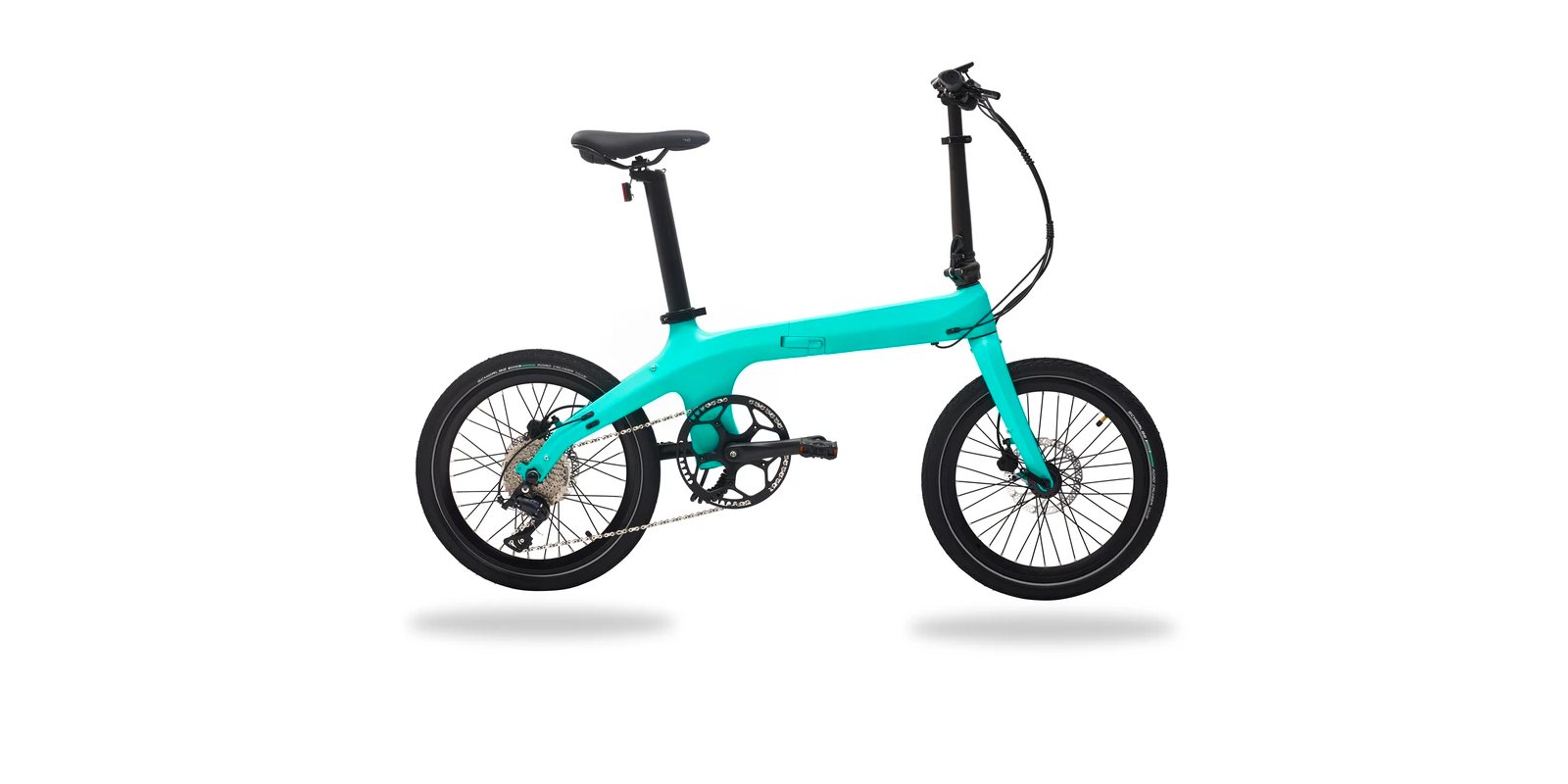 The carbon fiber Morfuns Éole folding electric bicycle has just been launched for pre-order. And the bike comes in at one of the lowest price points we’ve ever seen for a carbon fiber e-bike.

There are actually two versions of the bike known as the Éole C and Éole S.

The former is priced at just $999, while the the latter comes with higher-spec components and starts at $1,259.

The latest models, the Éole C and S, use an updated design with a hidden plug under the battery that can be quickly disconnected.

At just 252 Wh, it’s not a particularly large battery, but then again this isn’t a long distance e-bike either. It is designed as an ultralight folding e-bike for urban travel — something you can easily stash in the trunk or carry up stairs.

Morefuns claims that pedal assist can push the range up to as high as 50 km (31 miles).

They also have an auxiliary battery option that mounts like a water bottle to the frame and doubles the bike’s capacity and range.

Both of the bike’s models get powered by a 250W hub motor, though the Éole S features a more advanced and lighter weight motor, not to mention a nicer 9-speed Shimano SORA transmission compared to the lower tier 7-speed Shimano Tourney transmission on the Éole C.

The S model also gets fancier hydraulic disc brakes, which should be a nice upgrade over the basic mechanical disc brakes found on the C model.

The Éole S has other small upgrades such as Schwable tires instead of Kenda tires, a nicer Selle Royal saddle instead of a Velo saddle, a nicer LCD display with built-in USB charger and a carbon fiber stem and handlebar. But the single biggest advantage of the S model is likely the inclusion of a torque sensor-based pedal assist system instead of the more primitive cadence sensor-based system on the C model.

When it comes to purchasing, you better prepare yourself. Yes you guessed it, this is a crowdfunding campaign.

As usual, we rarely cover crowdfunding campaigns unless we’ve been able to test the product ourselves first or the company already has a reputable history (fly-by-night startups need not apply). In this case, Morfuns has a 5 year history as an OEM supplier, meaning they know their way around e-bike production.

They claim shipments should begin in December for the first batch of bikes. While that’d be great, I wouldn’t be surprised to see that timeline get pushed back a month or two, which is often the case in crowdfunding campaigns.

The company seems pretty confident, though, as they explained:

Based on years of sales, we have developed not only a wide distribution network, but also a mature overseas warehouse system located in the United States, Germany and Netherlands so as to help us cover deliveries to most of our major markets.

There are some unfortunate omissions such as safety lighting or fenders. After-market options for the former are likely more plentiful than the latter, but I’m sure creative solutions are aplenty. For this price point, I can deal with adding a few accessories on my own.

I think it is quite impressive to see carbon fiber folding e-bikes entering sub-$1k territory. Of course that’s a bit of a risky $1k purchase as we mentioned above, since the bike is being offered as part of a crowdfunding campaign, but we try not to write off crowdfunding on its own.

For example, industry leaders such as Rad Power Bikes have gotten their big breaks on crowdfunding sites like Indiegogo, so there’s certainly merit.

In this case, the price difference is so small between the two models that I’d probably opt for the lower weight and better components of the Éole S. But I already spent my crowdfunding budget for this riding season, so I’ll probably be passing this one up.

I’d still love to hear what you think of the bike, though. Sound off in the comment section below!