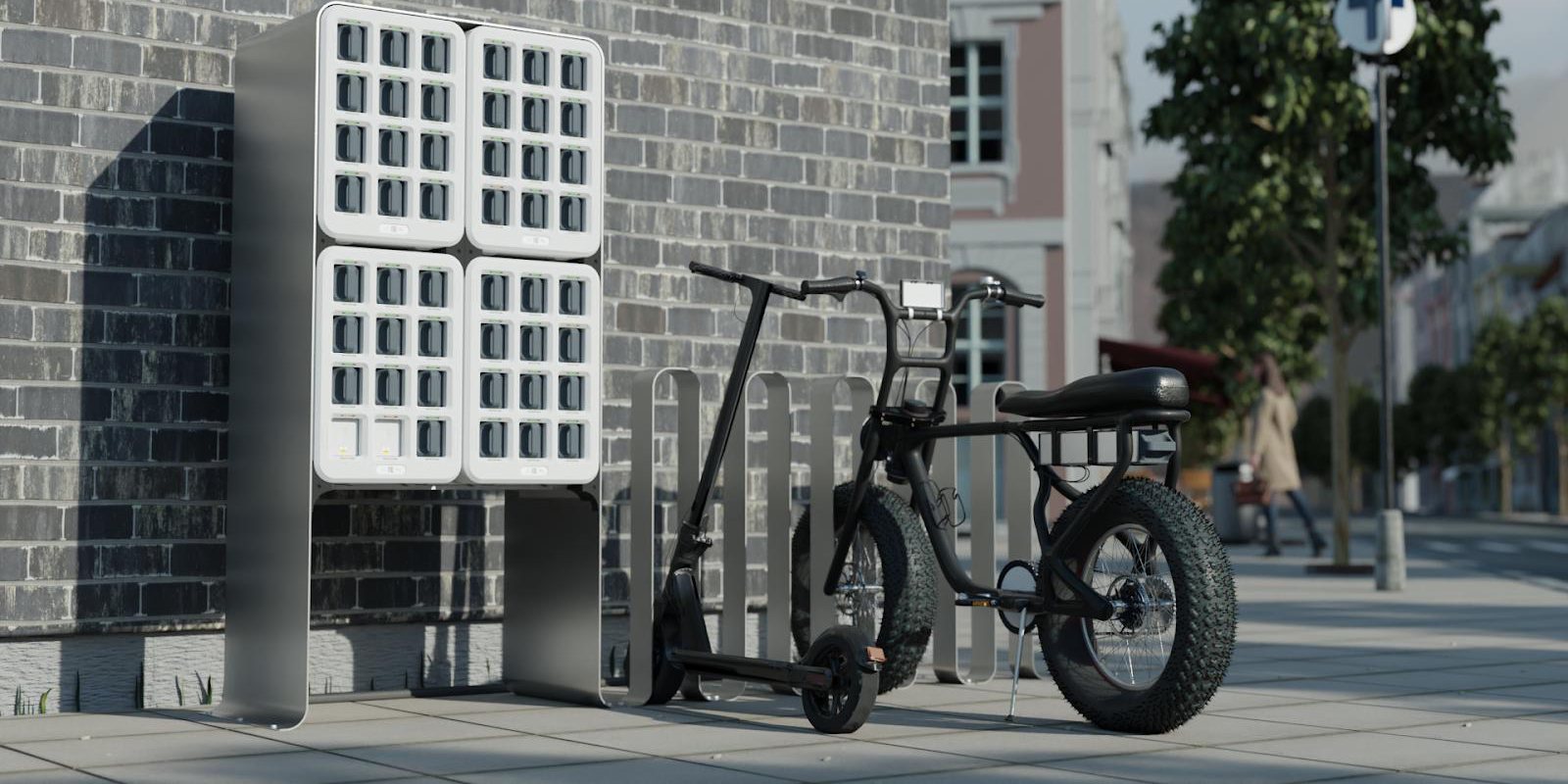 Electric bikes and e-scooters are great, hands down. But what about their batteries?

With each company operating their own proprietary batteries, these packs are often the weak links. Replacements are annoying to find and the packs themselves often die sooner than the vehicles, especially in the shared e-mobility markets.

In those shared mobility markets, charging is a constant problem that is often solved by an army of independent contractors or dedicated charging teams who carry scooters around in gas-guzzling vans.

Swedish startup Teleport Mobility’s battery system makes sense as a way to solve the issue of dozens of different batteries and finding ways to charge them. The team has more than 100 years of experience combined working in the transportation/mobility sector and is preparing to solve one of the biggest problems in the industry.

As Teleport Mobility’s CEO Simon Fellin explained in a statement provided to Electrek:

The harsh treatment that shared e-scooter and e-bike batteries receive is the cause of more than half of life-cycle emissions of the industry. Battery pack production accounts for about one-third, or approximately 60 kg CO2-eq of the total production emissions of a shared vehicle. However, since batteries are sensitive to both temperature and impact, they do not last nearly as long as the frame of the shared vehicle. Driving back and forth to central warehouses, often in a diesel truck, to swap batteries, also accounts for the majority of the operational emissions and almost half of the cost of the mobility operators.

That’s an issue that Teleport Mobility thinks it can solve with its new battery standard. The packs are undergoing testing and verification now, and will be made available as an open source reference design once testing is completed. Companies could either lease the packs directly from Teleport Mobility, or they could design and build their own, pending rigorous safety verification that the packs are built to the technical standard.

To help get the batteries out into the public, Teleport Mobility wants to create a network of battery swapping stations (think Gogoro’s giant battery swapping network, but maybe not quite as sexy).

Teleport’s patent-pending stations would also allow operation as battery banks and power stations, where operators such as businesses and hotels could use them for energy storage to save on electricity bills, similar to a Tesla Powerwall. They could also be used for emergency backup power.

Teleport explained that mobility operators who incorporate the batteries into their shared vehicles could offer discounts to riders who swap a charged battery at a station, thereby eliminating the need for a dedicated charging workforce. And businesses that install Teleport’s battery stations on site could benefit from increased visitors.

Come for the battery swap, stay for the slushee. Or something like that.

Teleport will be launching battery swapping pilot programs in northern Europe with select partners next month, with a more extended launch planned for the 2021 season.

The batteries themselves are 14S packs, roughly equivalent to 52V nominal voltage, which is common in many electric bicycles on the market. The packs use 21700-size cylindrical cells from Teleport’s development partner Northvolt to create a 666 Wh pack, which is slightly more than the current average size for most e-bike and e-scooter batteries.

The open source nature of these batteries is designed to help remove one of the largest downsides of micro-mobility vehicles.

We believe that making this battery available as an open source project raises the bar of what is acceptable in the industry. Without quality batteries built into electric bikes and scooters, shared micromobility will be unable to live up to its true potential as an environmentally and infection-safe way to travel. Now that we have shown that several operators and suppliers are able to agree on a common form factor, we will be able to industrialize the reuse and recycling of battery packs in a way that has not been possible in micromobility before.

I’m caught somewhere between starry-eyed optimism and worrying that this is all just wishful thinking.

Don’t get me wrong, I would LOVE to see one battery standard become common across e-bikes and/or e-scooters. Even if the design constraints of a single battery standard meant that it wasn’t universally adopted, just a large portion of the market sharing a standard would be a huge improvement.

This is definitely geared more toward the sharing market, but I wish it could work in the retail e-bike and e-scooter industry as well, where many companies enjoy the monopoly of selling replacement batteries that fit only their bikes.

While the retail market is not likely to jump at this opportunity, I could see this being a big boon to shared operators who could benefit from outsourcing battery design and management. Incentivizing riders to swap and charge the batteries as part of the existing rent-ride-return model would help remove the need to operate a network of quasi-legal gig-economy chargers battling it out to charge a half-dozen scooters in their living rooms at night.

I definitely wish the Teleport Mobility team luck, and hope that their vision becomes a reality.

What do you think? Could a standard like this ever catch on? Let us know in the comment section below!