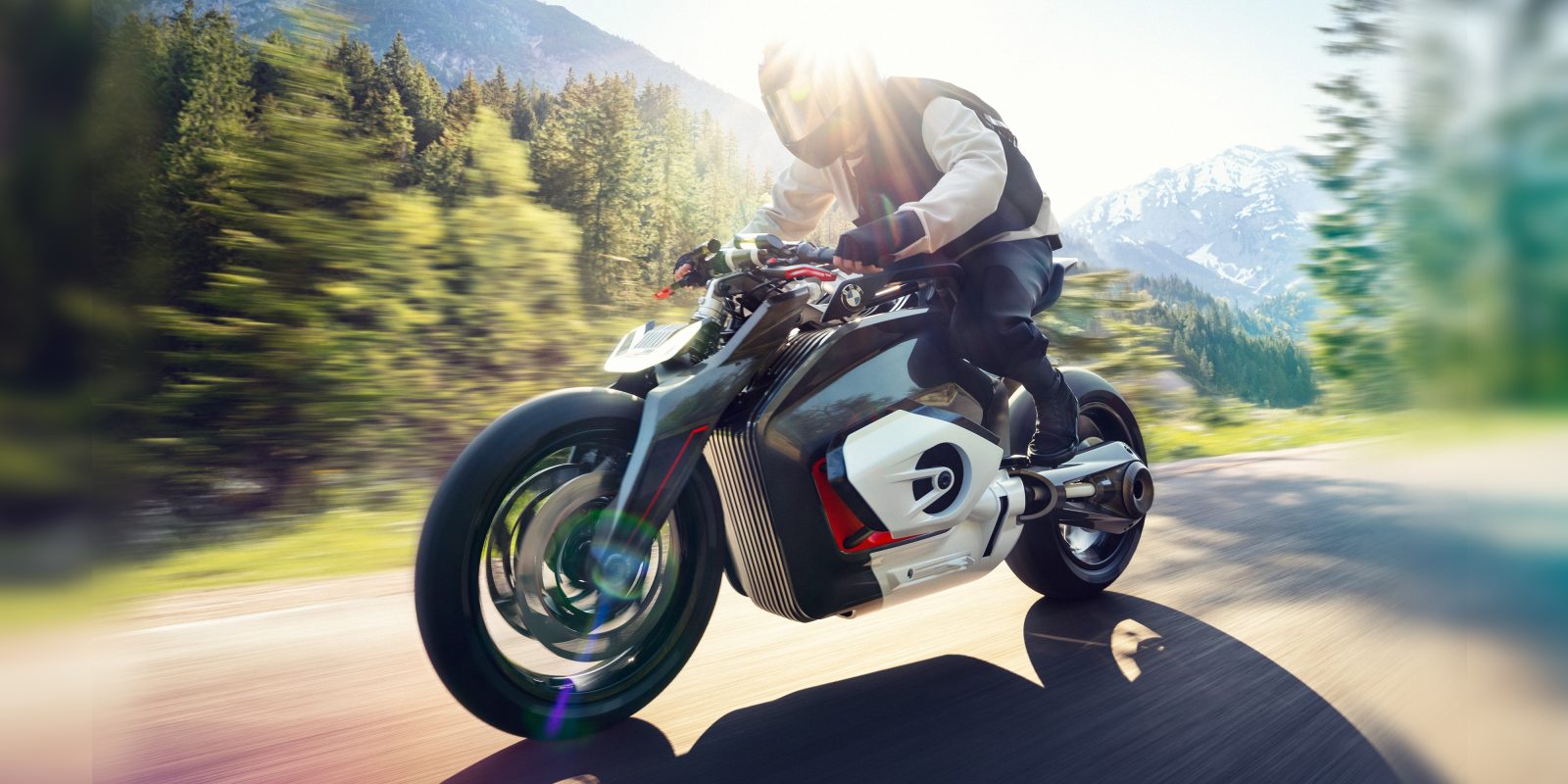 At the time we all thought it was a pretty drawing, but not much more than that. As it turns out though, BMW might have real plans for a new DC line of electric motorcycles.

That news comes to us via a slew of trademark filings that BMW recently placed with the German Patent and Trademark Office (DPMA).

A whopping nine of those trademarks include “DC” registered as relating to motorcycles.

The other two included the terms CE02 and CE04, which are speculated to be updated versions of the BMW C Evolution electric scooter, a theory buoyed by the fact that those two trademarks were filed with a reference to “motorcycles/scooters” instead of just motorcycles.

But the main attraction is of course the BMW Vision DC Roadster electric motorcycle concept.

The concept departed from conventional electric motorcycle designs in a number of ways, including with a unique girder-style suspension fork.

The battery box’s design is defined by its large cooling fins as well as its lateral cooling inlets on the side that draw inspiration from BMWs boxer engine.

In fact, much of the bike seems to build upon BMW’s design legacy, which the Head of Design for BMW Motorrad Edgar Heinrich confirmed last year:

The boxer engine is the heart of BMW Motorrad — an absolute stalwart of its character. But BMW Motorrad stands for visionary zero-emissions vehicle concepts, too. In view of this, one question that arises is: What would happen if we were to replace the boxer engine with an electric motor and the required battery?

The Vision Bike shows how we’re able to retain the identity and iconic appearance of BMW Motorrad in distinctive form while at the same time presenting an exciting new type of riding pleasure. After all, anyone who’s ever tried it out in practice knows very well that riding on two wheels is just as exciting when its electrically powered! The high level of torque right at set-off makes for breath taking acceleration. This almost brutal power delivery creates a whole new experience of dynamic performance. And the BMW Motorrad Vision DC Roadster puts a face to this experience.

Despite BMW not yet rolling out a production electric motorcycle, it appears they’re working fairly hard on the project behind the scenes.

They even patented a way to wirelessly charge electric motorcycles via the kickstand.

It appears that BMW has a few ideas cooking when it comes to electric motorcycles. And I’ll bet that if we wait patiently, we’re likely to see something interesting rolling out of Germany sooner rather than later.