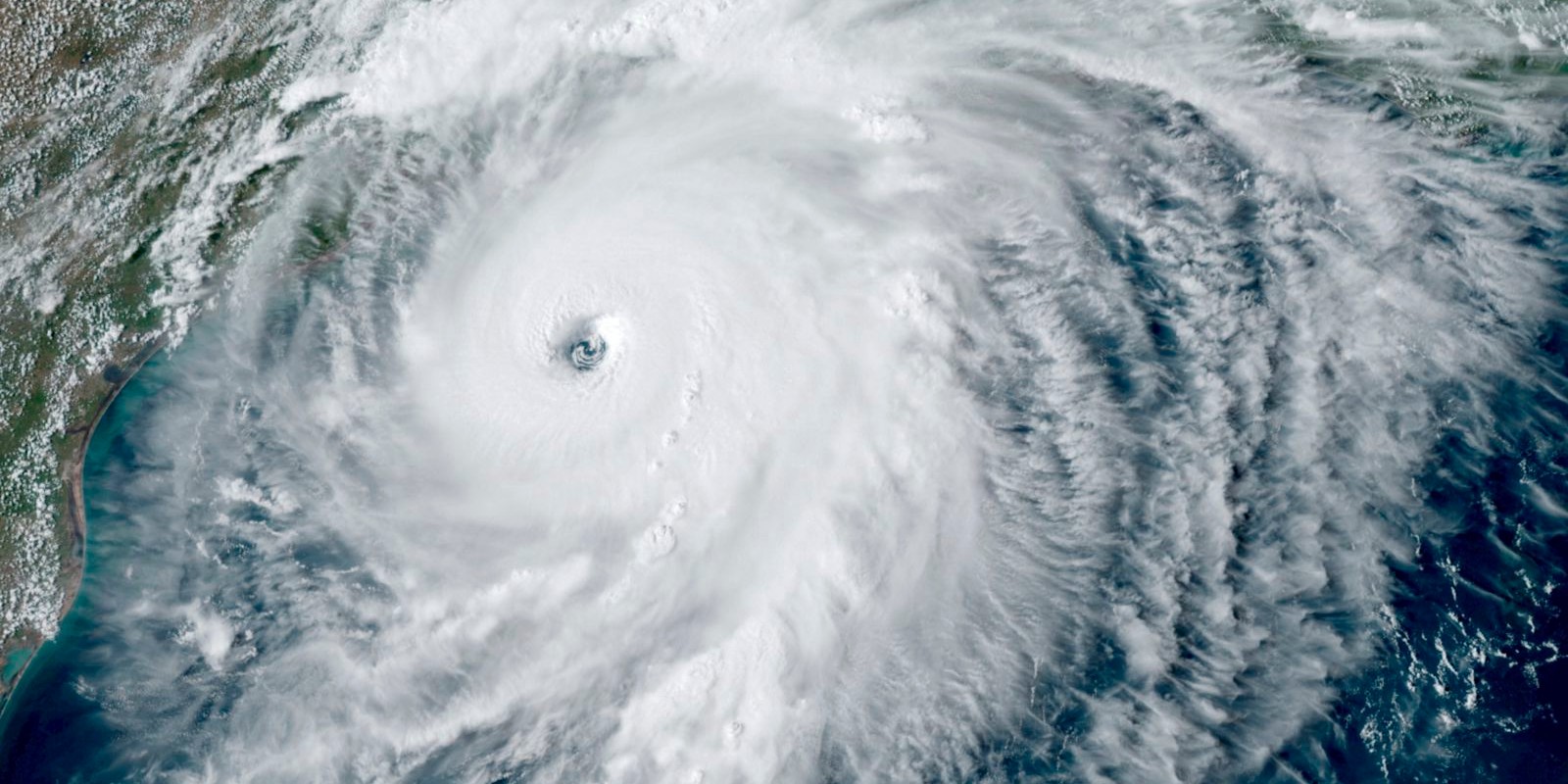 Hurricane Laura, which reached land on Thursday and continues to make trouble, is one of the most brutal storms to ever hit the US. It went from a Category 1 hurricane to a Category 4 — going from sustained winds of up to 95 mph to winds of 156 mph as it approached Texas and Louisiana — in just 24 hours. And as it made landfall near the mouth of the Mississippi River, it was so powerful that it actually made the mighty river flow backwards.

And as the Tampa Bay Times rightly points out in an editorial on Thursday, “Rising water, not wind, is the likeliest killer in a hurricane.” But as the picture shows below, the wind is a destroyer.

So why did Laura intensify so quickly? Bet you can guess what I’m gonna say: Climate change is warming the earth, thanks to our use of fossil fuels. And as the earth warms, ocean surface water warms. And hurricanes thrive off warm water, because the warm water sends energy and moisture into storms. The Gulf of Mexico is already like a bathtub in the summer, but it’s abnormally warm now — over 90F in places — and even slight increases in temperature — even one degree — result in highly destructive storms that dump a lot of water.

The peak for sea-surface temperature in the Gulf of Mexico is mid-September. And the climatological peak of hurricane season? Sept. 10. And what’s worrying about Laura is just how fast it developed. Folks in hurricane-prone regions usually have some time to prepare. Louisiana and Texas didn’t have that time with Laura. The psychological, economic, and physical damage is awful, on top of the stresses of a pandemic. So now, folks have to not only prepare for a hurricane in a pandemic, but also prepare a lot faster. Because climate change. The US needs to hope for wind shear or more Sahara dust.

A new study from German climate-change researchers asserts that if European cities permanently kept pop-up “corona cycleways” installed on many main roads, then it would result in health benefits of $3 billion a year.

Why? Cycling reduces emissions and improves people’s health through exercise. It also helps people practice social distancing — which is particularly important as Europe faces new COVID outbreaks — and thus the name “corona cycleways.” And the more cycleways you have, the more likely people will be to use them.

The bicycle is a low-cost means of transport linked to low risk of COVID-19 transmission. Governments have incentivized cycling by redistributing street space as part of their post-lockdown strategies. Here, we evaluate the impact of provisional bicycle infrastructure on cycling traffic in European cities. We scrape daily bicycle counts spanning over a decade from 736 bicycle counters in 106 European cities. We combine this with data on announced and completed pop-up bike lane road work projects. On average 11.5 kilometers of provisional pop-up bike lanes have been built per city. Each kilometer has increased cycling in a city by 0.6%. We calculate that the new infrastructure will generate $3 billion in health benefits per year, if cycling habits are sticky.

Click on the link to read the study in full.

The Senate Democrats’ Special Committee on the Climate Crisis released their report on Tuesday, titled, “The Case for Climate Action.” (There have been plenty of climate action plans released this year by Democrats, because of course it’s an election year.)

Since March 2019, the Senate committee held 10 public hearings, convened 10 in-depth meetings with experts, and connected with a broad array of constituencies — in person and through targeted outreach.

This report is interesting because it aligns with climate activists, and it’s also a political document. As Vox explains:

Where the House committee report was technocratic, heavy on the nuts and bolts of policy, the Senate committee report is a much more political document. It is focused on the political barriers to action, getting allies on the same page, and overcoming well-funded opponents. It specifically addresses unions, environmental justice communities, and farmers, and recommends reforms to the financial system and dark money in politics.

The Committee’s report calls on Congress to:

So how likely is this plan to come to fruition? Vox‘s David Roberts asked Senator Brian Schatz (D-HI). He replied:

The conversation needs to wait until after the election. I just have personal anxiety talking about all the great things we’re going to do, all the changes we’re going to make, and getting into those internal discussions about procedure before we’ve even taken the gavel out of Mitch McConnell’s hands. So I am cautious to weigh in on this.

The most radical thing the United States Senate could do if it were run by Democrats next year is to allow all of the damage that Trump and McConnell have done to stay in place, and for us to work with a traditional Senate mindset, where we do one big bill per year. It would take 75 years to undo the damage.

UK scientists have found that 28 trillion tonnes of ice have disappeared from the surface of the Earth since 1994. The group found that melting glaciers and ice sheets could cause sea levels to rise dramatically, possibly reaching 3 feet (1 meter) by the end of the century. The findings match the worst-case-scenario predictions outlined by the United Nation’s Intergovernmental Panel on Climate Change (IPCC). Watch the World Economic Forum’s video below to learn more:

Here’s a little good news — because we all need some of that where we can get it. The World Economic Forum made another short video and posted it on Twitter. This is about how Costa Rica has done a whole lot of things right.

Don’t you wish countries like Costa Rica and Denmark could consult with other countries to help them improve? Oh wait, they do! Denmark is working with Vietnam to improve their energy efficiency, as Electrek reported earlier this week. Check it out; it’s heartening. Now, if only the big polluters like China and the US could do the same.

Climate change needs to be tackled with equality as a priority, and community solar makes green energy more accessible to everyone. Ellen Barrett and Amanda Colombo of PowerMarket, which provides community solar solutions, wrote a blog about how New Jersey is achieving equitable climate action through community solar. Here’s an excerpt:

For the first time ever, New Jersey residents have the opportunity to take part in community solar.

Instead of installing solar panels on your roof, you take part in a larger solar array constructed in your community from which you and your neighbors all benefit from the clean energy that is generated. Because no roof or upfront costs are necessary to join, community solar provides a fair and just way for all community members to participate in the clean energy revolution.

Under the Clean Energy Act, 35% percent of energy sold in New Jersey must come from renewable energy sources by 2025 and this percentage is required to increase to 50% by 2030. This act is what prompted the New Jersey Board of Public Utility to create the Community Solar Energy Pilot Program and allow the development of 45 community solar projects in the state.

If you [are a resident of New Jersey and] would like to join a New Jersey community solar project, please go to PowerMarket’s online marketplace to learn more.

Here’s what happened with #FridaysForFuture this week. In Islamabad, there were big flooding problems at CUST University Islamabad:

And Greta Thunberg is back in school, but still standing outside Swedish Parliament:

And in Belfast, Anna Kernahan has reached her one-year point of fighting for climate solutions. By herself. Anna, we salute you, and see you.