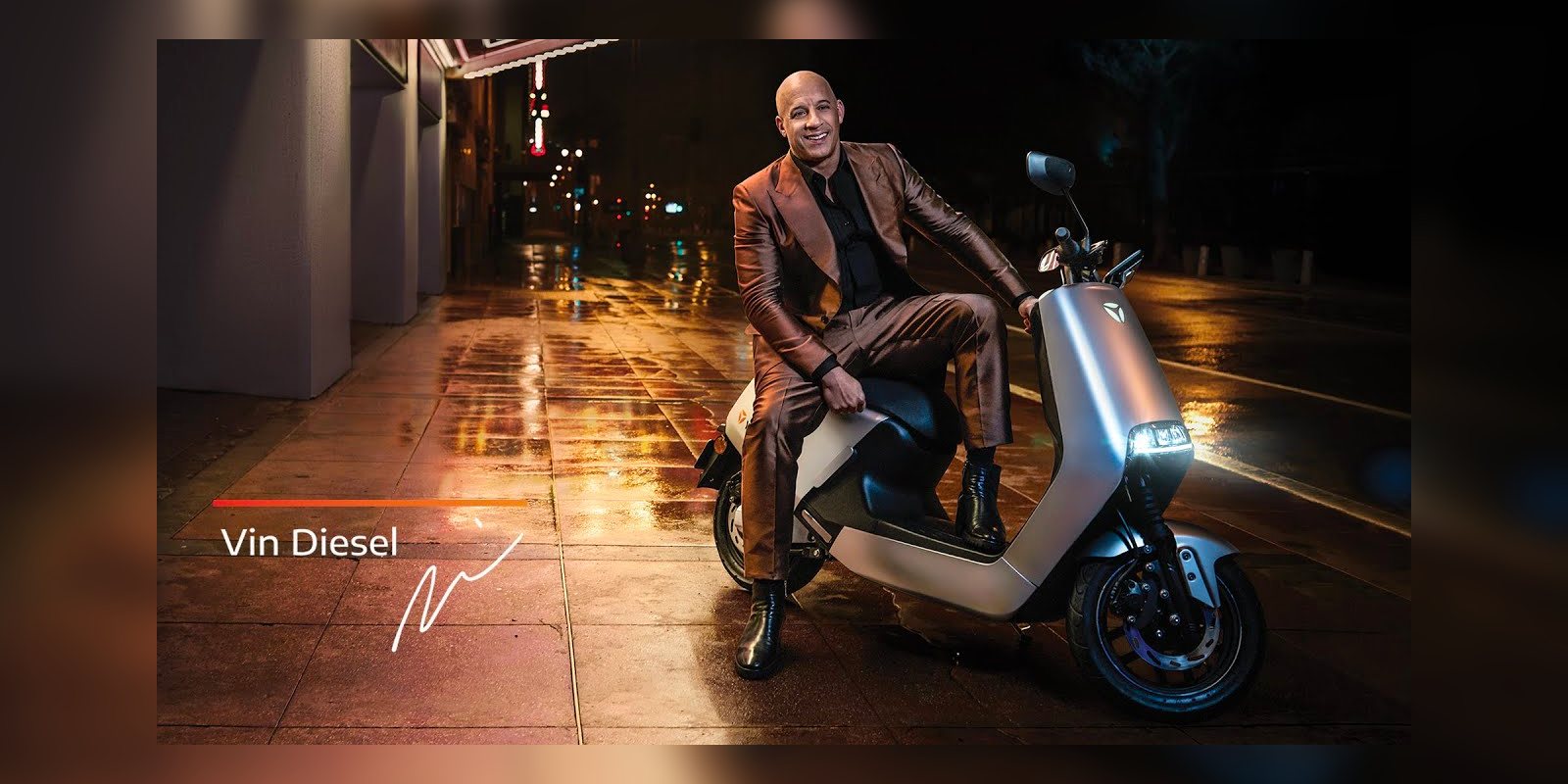 If there was any doubt that electric scooters are going mainstream, let this put it to rest. Vin Diesel’s latest role sees him as a spy making a tension-filled getaway on a Vespa-style electric scooter in Yadea’s new ad.

While 90% of Yadea’s revenue comes from its domestic operations in China, the company now exports to nearly 80 countries around the world including much of Asia and Europe, as well as the United States.

Yadea has generally produced simpler, more affordable electric scooters compared to high-tech electric scooter companies like NIU. But with the release of the company’s new G5 electric scooter, Yadea has shown that it plans to target the higher end of the market as well.

The company’s sales have also been booming, with Yadea seeing a 90% increase in sales in the first half of 2020, according to Bloomberg.

Perhaps in part to expand the company’s already-growing market, Yadea teamed up with actor Vin Diesel to showcase the Yadea G5 in a two-minute ad.

The video (seen below) features Vin Diesel as a spy who makes a seat-of-his-pants getaway from a mission on the Yadea G5 electric scooter.

The scooter isn’t exactly as powerful as most of the cars we’re using to seeing Vin Diesel drive in The Fast and the Furious franchise, but it still manages to pack in a 2,300W motor and 1.56kWh battery rated for 60 km (37 miles) of range.

The models start at around US$1,200 in China, though the exported price is around 2-3x as much in Western countries.

Sure, it’s just an ad. But it’s a pretty slick one at that. And the inclusion of a popular, highly paid Hollywood actor shows just how much Yadea is investing in marketing their electric scooters to a wider audience.

Just a few years ago, electric scooters were still a niche product, and now we’re seeing Dom Torreto himself practically dragging knee around turns on one.

Despite Yadea’s flashy ad, personally I’ll probably be sticking with my NIU NGT Pro electric scooter, which offers slightly higher speed and range ratings at a similar price to the Yadea G5 Pro.

And if Vin Diesel ever wants to try it out, he’s more than welcome to borrow my NIU electric scooter. Though he may need to look for a new last name if he keeps up his electric shenanigans!