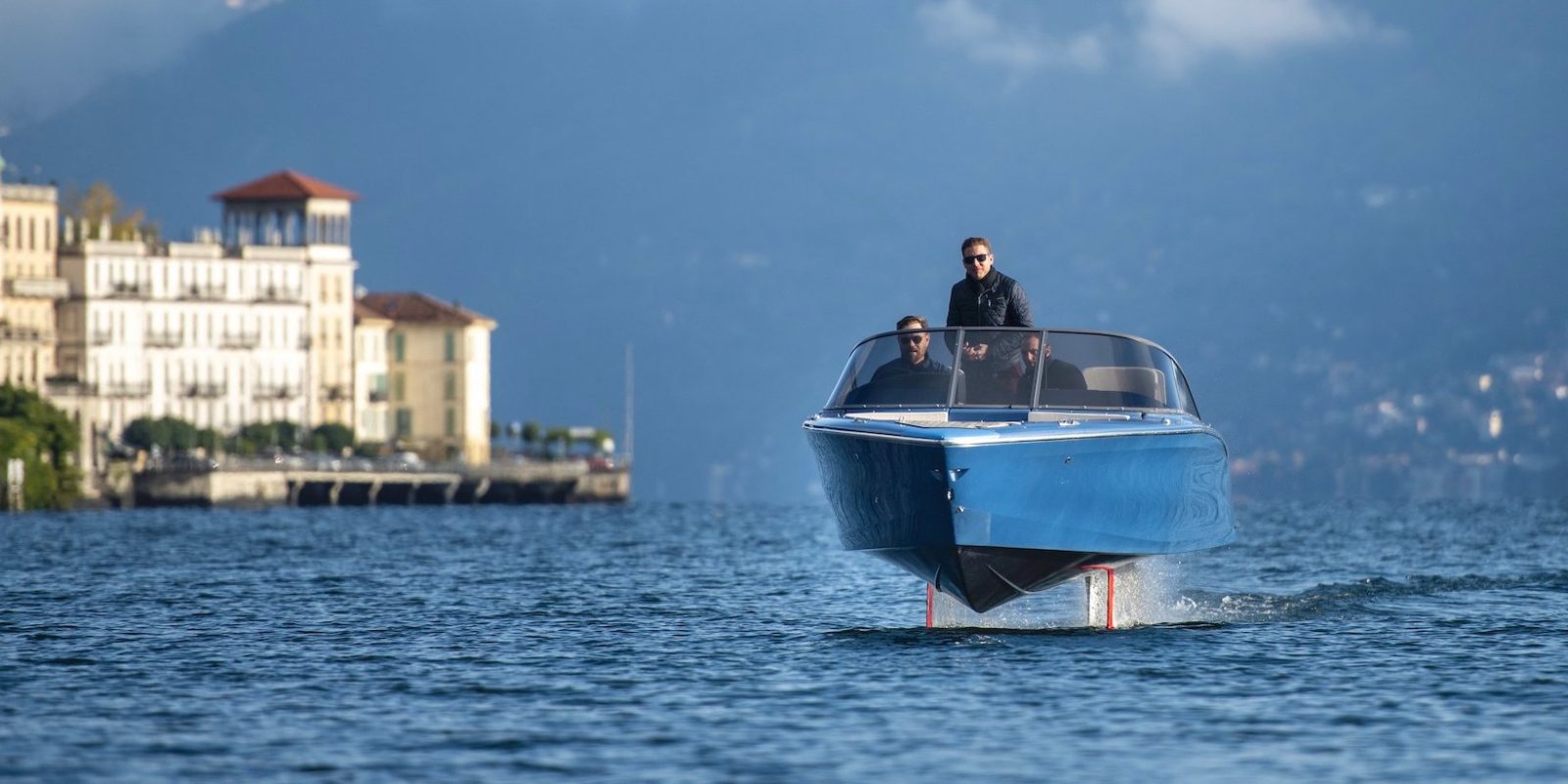 When six-time Powerboat World Champion Erik Stark climbs aboard a boat, it’s often to rocket toward a gold medal at around 150 mph (240 km/h). But today we’re all getting a chance to go along for a ride as he tests out a very different type of boat: Candela’s electric hydrofoil boat.

The opportunity comes via Stark’s new Team Subtech video where he toured the Candela factory in Stockholm, Sweden.

Cruising up on none other than a KTM Freeride E-XC electric motorbike, Stark was given a tour of Candela’s factory by Gustav Hasselskog, Candela’s founder and CEO.

The whole idea with Candela is to build a very light boat and to put it on hydrofoils. And the reason we do that is that we want to reduce the energy needed to push it through water massively. And the design we have now, we’ve cut down the energy needed by like 75% compared to a normal planing boat. The reason we want to reduce that energy needed is because we wanted to make it electric. And batteries compared very little energy density compared to gasoline, so you need to put in a lot of batteries which adds weight and expense. To fix that, we reduced the weight and put it on hydrofoils, where that 75% reduction in energy needed means we can reduce batteries and still get good range

Hasselskog also demonstrated how the hydrofoils give a much smoother ride. Instead of feeling the boat bounce around on the surface of the water, the hydrofoils down under the surface lift the boat up where it can glide smoothly, even over rougher water.

Candela’s electric hydrofoil boat can reach speeds of up to 30 knots (34.5 mph or 55.5 km/h) thanks to its 55kW motor. The boat has a range of 50 nautical miles (57 miles or 93 km) at its most efficient speed of around two-thirds of max speed. Energy comes from a 40kWh battery pack.

I’ve never been on a hydrofoiling boat before, but I’ve ridden an electric hydrofoil surfboard, which was quite an experience. However, I found the hardest part was controlling the landing sequence when you try to re-enter the water. I never managed to master it and usually found myself crashing each time I tried to come down from the foiling height.

To solve that problem, Candela has made the landing sequence automated. When you pull back on the throttle, the multiple hydrofoils are programmed to cause the boat to flare in like an airplane landing, resulting in a smooth re-entry to the surface of the water.

The 7.7 meter (25 foot) boat fits up to six people. The foils can also be extended and retracted, changing the boat’s draft from 1.5 meters (5 feet) down to just 70 centimeters (2’6″), which can be critical when entering shallow water.

If you want to grab your own Candela electric hydrofoil boat, be prepared to wait in line. The company has almost sold out for 2020 and is beginning to fill up a 2021 waiting list. So far, Candela has delivered 16 boats across Europe and the United States, all of which were built in Sweden.