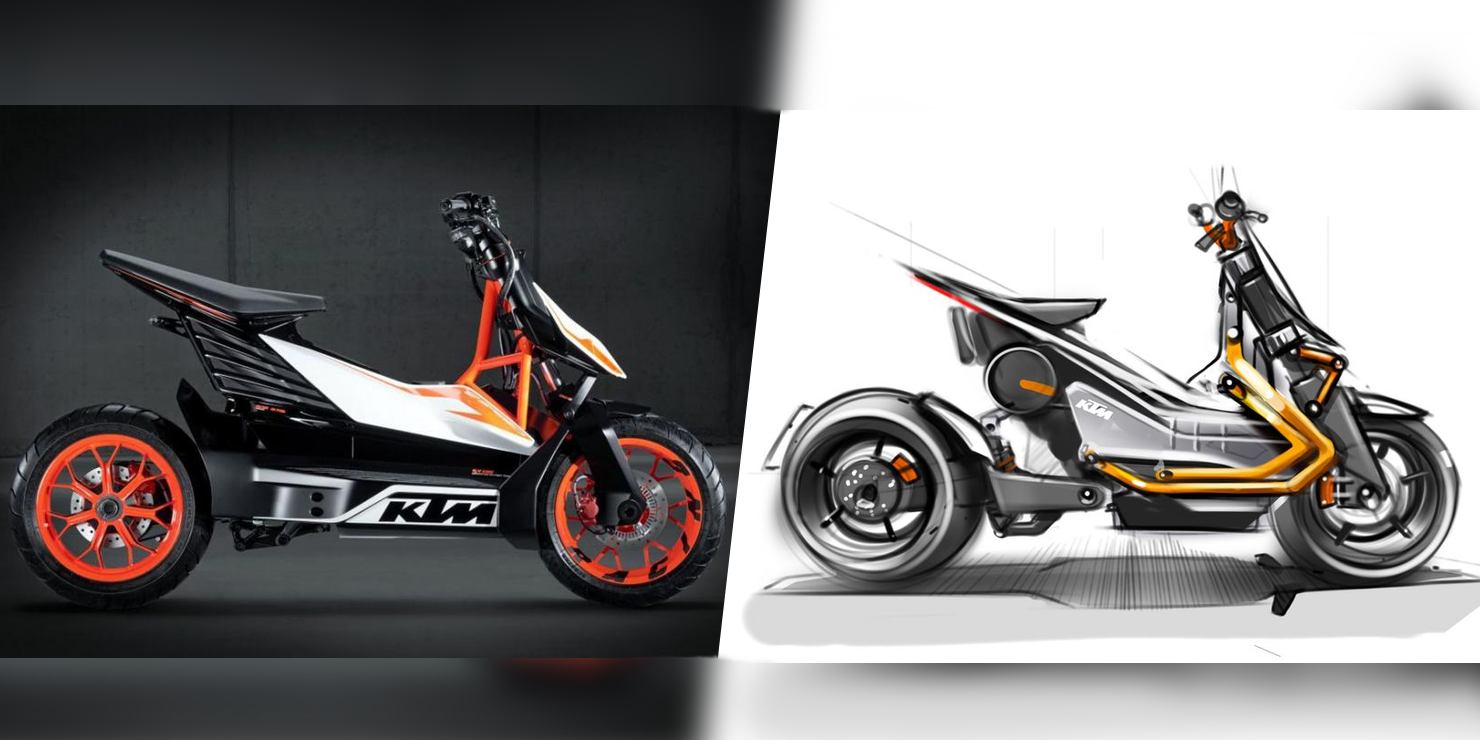 Last month KTM confirmed that it was working on a project known as EMotion.

The project was under way with the help of several partners, including the Indian company Bajaj who recently released its own Chetak electric scooter that resembles an electric Vespa.

The platform is expected to include a 48V electrical system and offer a range of power options between 3-10 kW (4-13 hp), according to the German publication Motorrad.

The system is expected to be scalable and modular, allowing it to be repurposed for a range of different vehicles.

KTM of course already offers the Freeride E-XC electric dirt bike, but the new EMotion project appears to be headed in a different direction.

The sketch below was provided by Kiska Design Studio as a concept drawing of what KTM could be working on.

The bike shows a hybrid design between a traditional electric motorcycle and a step-through electric scooter.

The battery appears to take up a large portion of the body, similar to the BMW C Evolution, and could indicate that the EMotion project is developing large-capacity batteries for long-range electric motorbikes.

If that design looks familiar, then congratulations — you must be up on your classic KTM concept vehicles. The company showed off a similar-looking concept electric scooter known as the KTM E-Speed in 2013 at the Tokyo Motor Show.

The UK-based startup Zapp built a 60 mph (100 km/h) electric scooter using a similar (albeit more futuristic) design and claimed to be ready to make deliveries by the end of last year, though we’re still waiting to see any on the road.

The previously mentioned BMW C-Evolution also employs a high-step scooter design and reaches speeds of up to 80 mph (130 km/h).

We don’t expect to see KTM’s EMotion project hit the market anytime soon, but the company’s confirmation at least shows us that KTM is serious about producing a new electric two-wheeler.

What do you think of the KTM EMotion? Could you see yourself riding an electric scooter like this? Let us know in the comment section below!