Tesla confirms ‘next US Gigafactory site has been selected’ [Update: Austin confirmed]

Tesla has confirmed that “the next US Gigafactory site has been selected” in its Q2 2020 financial results.

In May, Electrek exclusively reported that Tesla’s next factory is going to be in Austin. It plans to move fast with hopes to have a general assembly line for Model Y in Texas by the end of the year, and it is already making preparations at a site near Austin.

Last month, we reported on Tesla securing a 2,100-acre piece of land just outside Austin to build the factory. However, before the deal is made official, Tesla needs to receive approval from a few levels of local government for an incentive package that includes significant tax breaks for the $1 billion electric vehicle factory.

A few weeks ago, Tesla secured approval on the incentive package by the local county and school district.

However, the automaker had yet to make the location official at the time.

Now as part of the release of Tesla’s Q2 2020 financial results, Tesla confirmed that the site has been selected, though without confirming the actual location:

The next US Gigafactory site has been selected and preparations are under way.

Tesla also updated its production site chart to highlight the “New US factory”: 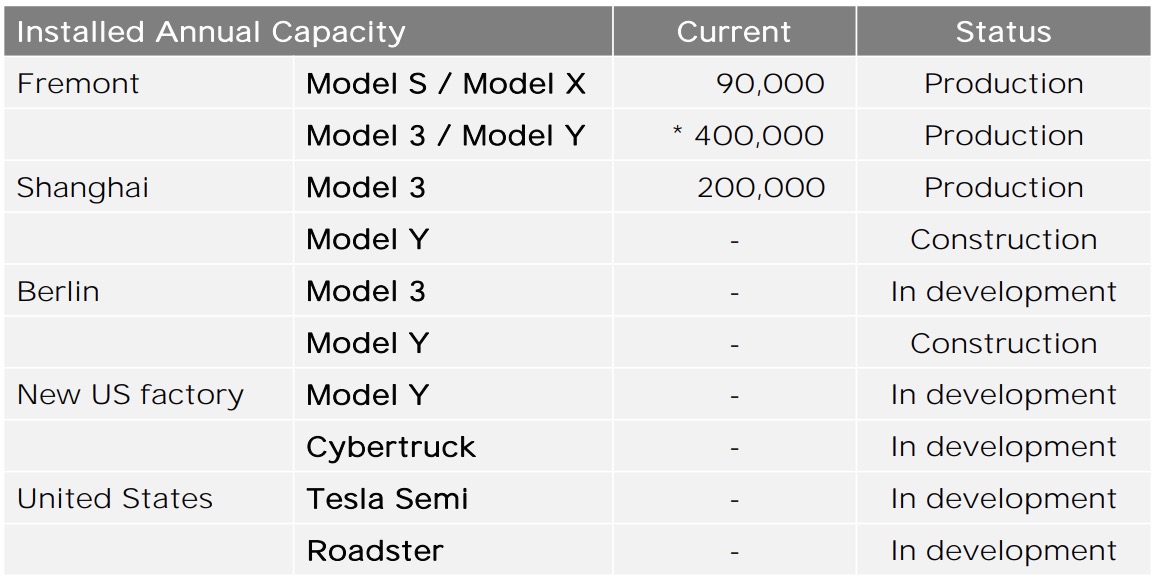 When first announcing plans for a new factory, Tesla said that it planned to build Cybertruck at the new plant by the end of 2021 and Model Y production to supply the US East Coast on an unspecified timeline.

Update: in the call following the annoucnement, CEO Elon Musk confirmed that it is going to happen in Austin as previously reported.

Last I’ve heard, Tesla was looking to hand over the site to the main contractor as soon as possible to move quickly on the project.

Not sure why Tesla is not confirming the site yet even though they declared it has been selected. [Updated: now confirmed]

Unless there is a major change of direction, I would expect Tesla to confirm that the new factory is going to be at the site near the Austin airport.

It’s going to be exciting to follow the construction of the project over the second half of the year.