Czech electric motorbike company Kuberg has just announced a new model known as the Kuberg Ranger. The Ranger features a novel design that combines features of an electric dirt bike and an electric scooter.

[Update: The pre-order went live hours after this article was published. Pricing information has been updated below.]

While this wouldn’t have been at the top of my list of mythical electric half-breeds, the Kuberg Ranger actually turned out to be quite interesting.

It also features a range of up to 100 km (60 miles) from its maxed-out dual 1.15 kWh batteries, or the company says you can “rip it hard for 75 minutes of full open throttle.”

Presumably the entry-level model with a single 1.15 kWh battery would see half of those range and runtime figures. 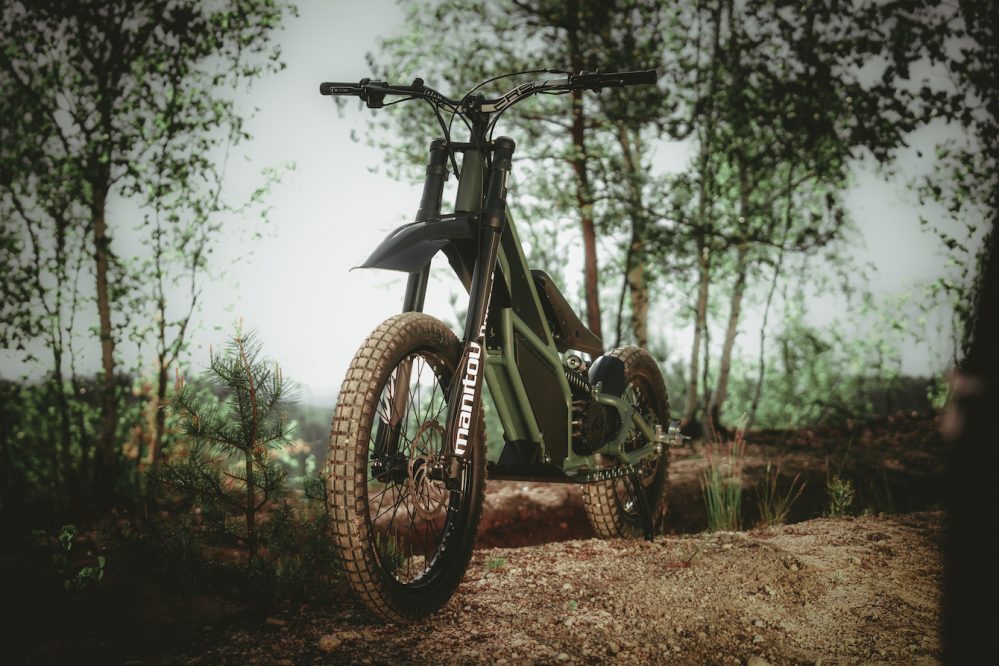 Back on the scooter side, the Kuberg Ranger sports a set of platform-style floorboards instead of conventional dirt bike footpegs.

It also has an air-lift seat that can stow away for rigorous standing-only trail riding, or pop back up for more leisurely seated rides.

I know, I know. It sounds weird. And it even looks weird from some angles.

But before you write the bike off wholesale, check out the video below of the Kuberg Ranger in action. This thing flies.

Combine the huge torque of that small 14-inch rear wheel and the ride of that Manitou Dorado 180mm travel fork and DNM Burner rear shock, and you’ve got the recipe for a fun-riding weird-mobile.

A combination of regenerative braking as well as Tektro Orion 4-piston hydraulic disc brakes bring the Kuberg Ranger to a stop quickly and the clutchless single-speed design make it easy for beginner riders to use the bike.

There’s even a cargo trailer option, and the Kuberg Ranger has a towing capacity of 30 kg (66 lb). That’s not exactly enough to help a friend move, but you could likely fit a couple days worth of camping gear and water back there.

Kuberg will begin pre-orders for the Ranger soon via the Indiegogo crowdfunding site. While we always advise caution with Indiegogo campaigns, Kuberg is an established company and not some new startup, so you’re likely going to be relatively safe with them. 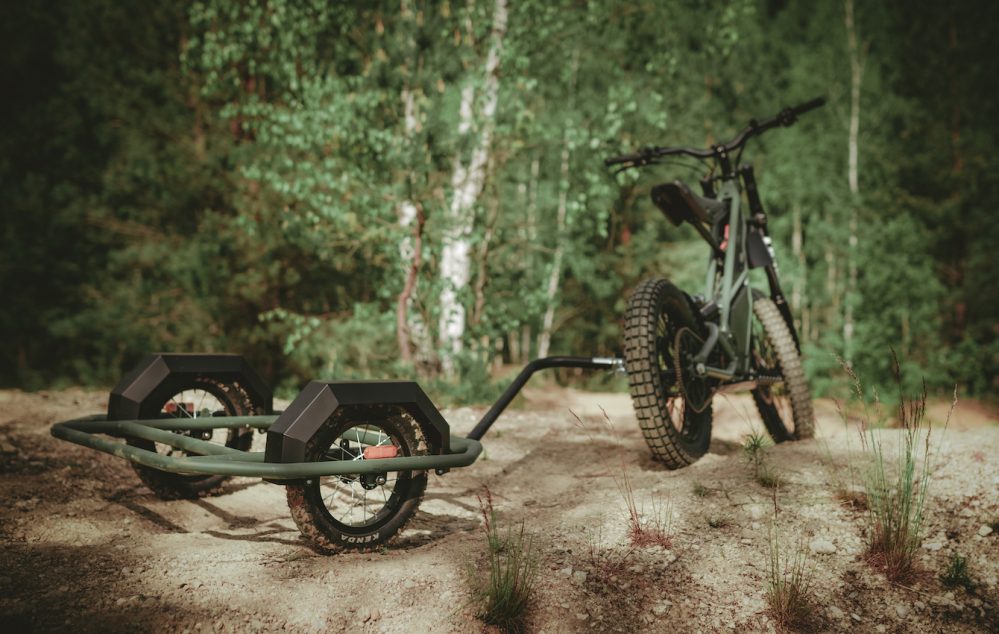 The Kuberg Ranger won’t come cheap, though. The MSRP will start at $6,150 and various add-ons and higher-end packages will push the price up to as high as $8,449. However, there are likely to be various discounts and “early bird” pricing incentives as part of the Indiegogo campaign, which could make the price more reasonable. Early indications are that the Kuberg Ranger could start at under $5,000 with pricing incentives for pre-orders.

[Update: The pre-order has since gone live, and the prices are better than we were anticipating. The entry-level models start at $4,000 while the higher-end model with included trailer costs US$5,000. An additional $1,000 nabs you the dual battery option.]

It may never be as cheap as a Sur Ron or other electric trail bikes, but it certainly brings a fresh new take on off-road electric motorbikes.

What do you think of the Kuberg Ranger electric scooter/dirt bike hybrid? Let us know in the comments below!