UN chief: ‘Coal has no place in COVID-19 recovery plans’ 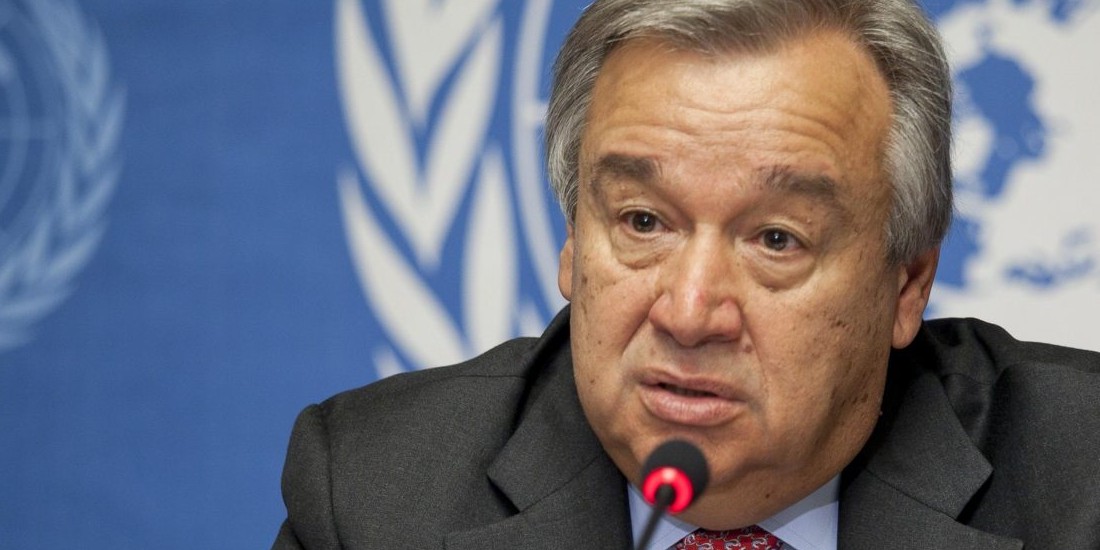 United Nations Secretary-General António Guterres yesterday urged countries to stop financing coal and pledge not to build new coal-fired power plants. Guterres made his statements at an online summit hosted by the International Energy Agency (IEA), which drew over a half-million online viewers.

“Coal has no place in COVID-19 recovery plans,” he said. He urged countries to shift to green energy.

The summit included 40 government ministers from countries around the world, representing 80% of global energy use and emissions. Its aim was to set out plans to reduce global emissions while also boosting economic recovery after COVID-19.

He commended governments, such as the EU, Canada, South Korea, and Nigeria, that have committed to green recovery plans. China, which accounts for more than 50% of global coal use, said it was committed to developing its green energy sector.

Guterres also called out those governments who have done the opposite:

Some countries have used stimulus plans to prop up oil and gas companies that were already struggling financially. Others have chosen to jumpstart coal-fired power plants that don’t make financial or environmental sense.

The US’ use of coal in its power mix fell below 20% during the pandemic. US secretary of energy Dan Brouillette attended the IEA’s summit and basically criticized the majority’s approach of linking climate efforts to coronavirus recovery:

The top-down approach lets governments do the choosing, which can end up with more taxes, more regulation, perhaps imposing climate risk assessments on companies, so that the government can steer people away from certain energy sources and into the direction of others.

He then boasted about the US’ fossil-fuel production — he’s still clinging to his “all-of-the-above” approach to energy. The US has done next to nothing to aid the green energy industry.

The IEA stated in its Global Energy Review 2020:

We expect global coal demand to fall by about 8% in 2020, the largest drop since World War II, with coal use declining in virtually every sector of every region in the world.

The IEA later said, in June, that “failure to act now would risk a repeat of the aftermath of the 2008 global financial crisis, when governments did not prioritize stimulus spending on climate,” CNN writes.

Guterres said the business case for green energy renewables was better than coal, and that green jobs and investment in sustainables were vital. He said:

We can invest in fossil fuels whose markets are volatile and whose emissions lead to lethal air pollution, or we can invest in renewable energy which is reliable, clean and economically smart.

We are hopeful that the IEA Summit will encourage leaders to implement the smart policy needed to scale up existing technologies and accelerate the readiness of emerging technologies — both are needed to underpin the rapid transition to an affordable energy system built with a 100% renewable, flexible energy mix.

Of course the United Nations and the IEA can’t make countries invest in green energy and abandon coal. But they serve as a place where countries can convene and coordinate, and have an impact on the decision making of individual countries. Plus, peer pressure often works.

It’s vital for the UN to continue to pressure countries to move away from fossil fuels and toward green energy. China is getting the message; the US isn’t listening. So Guterres can’t say it enough.