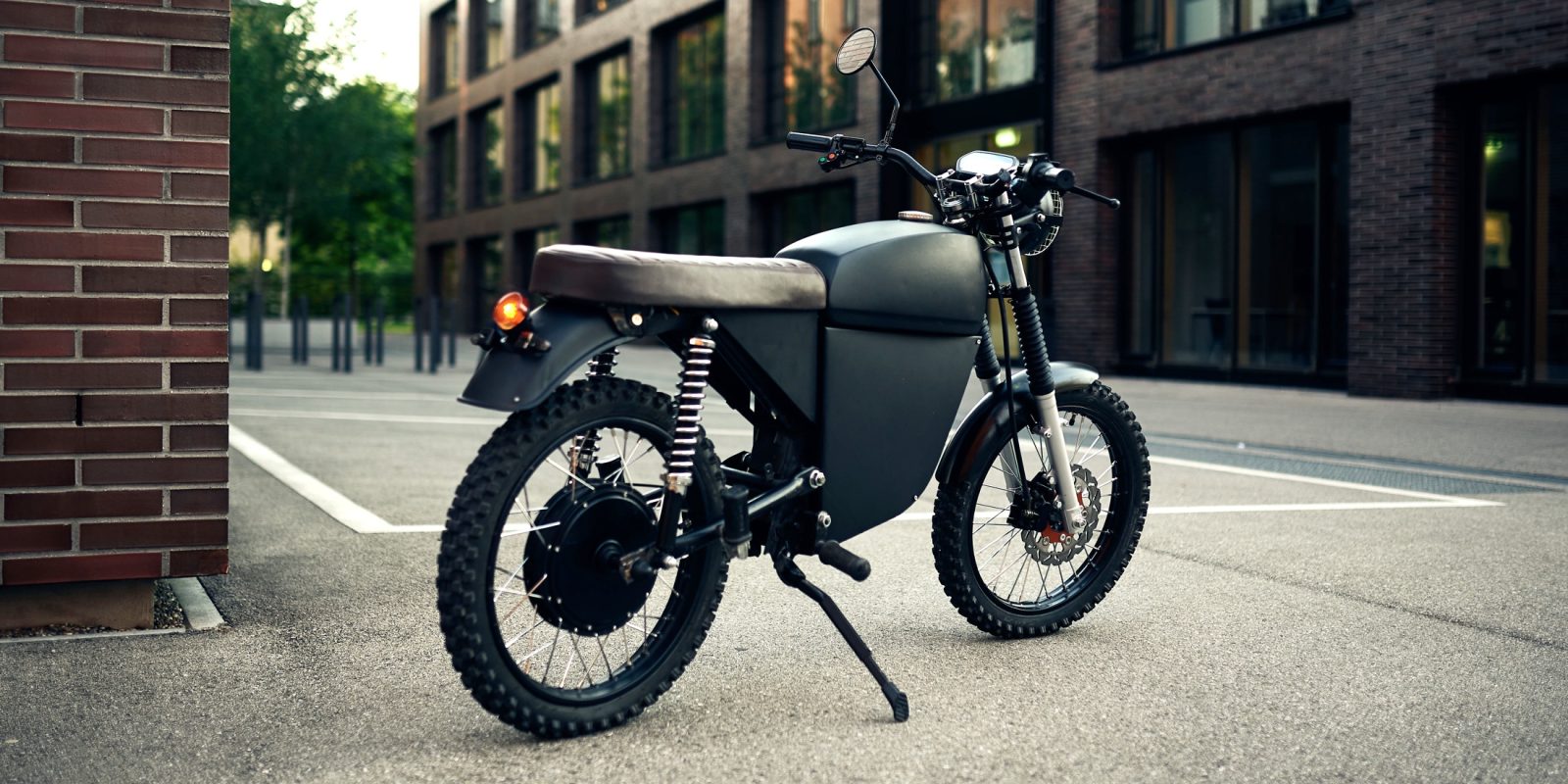 German startup Black Tea is putting the final touches on the upcoming launch of its new electric motorbike, the Black Tea Moped.

[Update: They just launched the bike on Indiegogo with pre-order pricing that is quite attractive.]

Founded by Viktor Sommer, Black Tea set out to build a powerful yet lightweight electric two-wheeler that differentiates itself from all of the Vespa-style electric scooters we’ve seen lately.

We’ve seen a number of vintage-styled, high-power electric mopeds recently such as the ONYX RCR and Huck Cycles, but those models have masqueraded as e-bikes by retaining the arguably-functional pedals. Black Tea decided to deep-six the pedals altogether in favor of footpegs, resulting in a light electric motorcycle. The company still calls it the Black Tea Moped, but the lack of pedals make it a ‘noped’ at best. 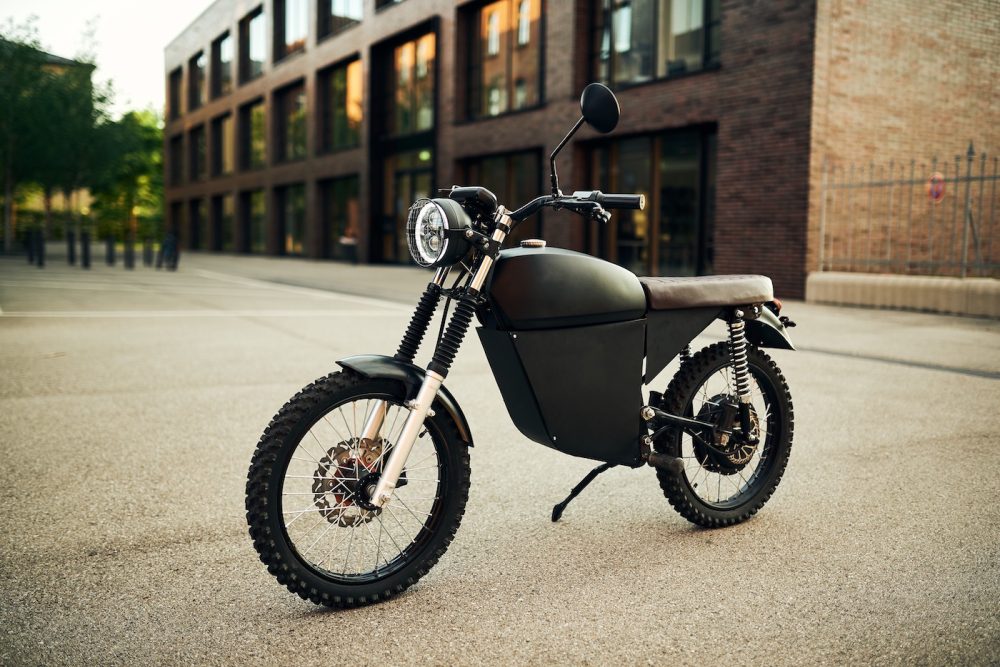 And the company is laying into the fun-loving, freedom-granting marketing angle hard.

“We founded Black Tea with the mission to make individual mobility exciting to unleash the full potential of your life. Therefore, we are devoted to building electric motorbikes with sexy design & insane performance, so that you look damn cool & enjoy every ride. We are hedonists & believe in the pursuit of fun.”

The bike features a 5 kW (6.7 hp) peak-rated rear hub motor with 180 Nm of torque. That is torquey enough to easily pop wheelies, if the company’s pre-launch video below is to be believed.

Though with a 150A Sabvoton controller and 72V system, the bike could theoretically pull a maximum of around 10 kW of power during peak draw, if Black Tea decides to use the controller’s max output.

For those wondering about legality, the bike apparently has a limiter that allows it to be operated with just a car driver’s license as an L1e-b vehicle in Europe. In the US, laws vary state to state but you’ll almost certainly need a motorcycle license for the unlimited 50 mph version.

Black Tea is preparing to launch their bike on Indiegogo with a 50% pre-order discount, bringing the price down to around €2,000 ($2,260). It also looks like they’ll be targeting customers in both the US and Europe. 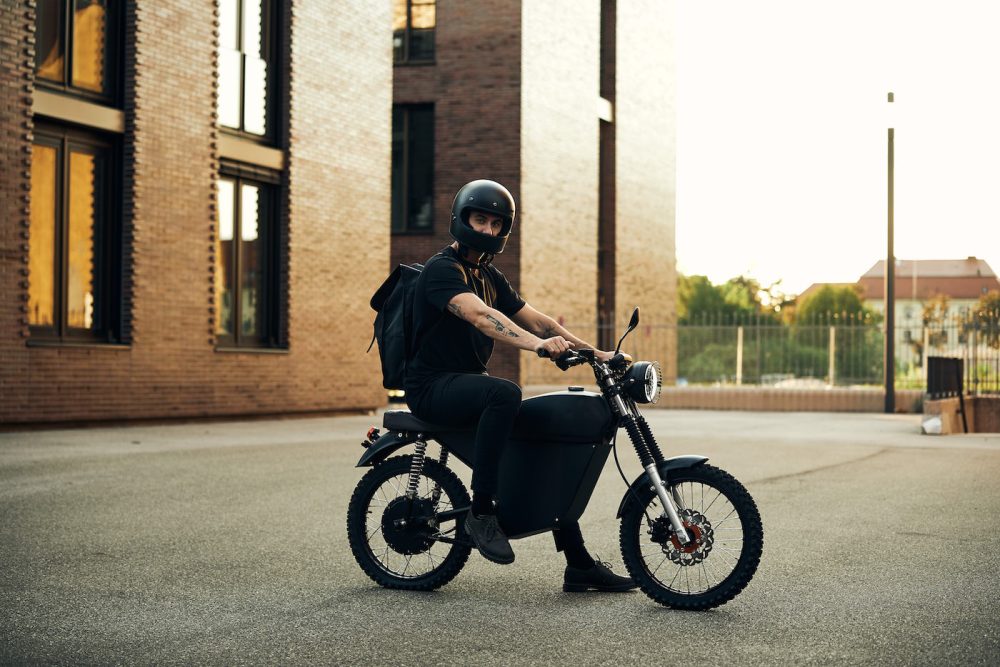 There’s no word yet on shipping dates, and we always advise caution when purchasing from any untested startup on crowdfunding sites. But if anyone wants to take the plunge and grab one of these when they finally surface, I’d be happy to join you for a ride!

Generally speaking, I like the styling. It feels like an ONYX RCR ripoff, but with a fake gas tank and (presumably) an easier to access battery.

There will be haters that call them out for using a fake gas tank, but I’ll bet there’s a controller, charger or other electronics in there and the space is essentially being used to conceal ugly hardware. Furthermore, if you’re going to using vintage design inspiration, then a faux tank makes sense, especially if it looks good.

I’m trying to swear off burning gas, not riding things that look like they burn gas. Heck, I’m in the middle of converting a 1969 Honda Sport Cub 50cc motorbike into an electric motorcycle, and I’m trying to make the battery case at least slightly resemble the engine block that it replaces.

I’m curious to hear what you think of the Black Tea Moped though. Share your thoughts in the comments below!