Jaguar struggles to find a winning formula for its electric vehicles

It’s been two years since Jaguar Land Rover introduced the I-Pace EV. Despite earning multiple design awards and decent sales in Europe, the electric Jaguar crossover has struggled in the US. The company also faced battery-supply issues. Joe Eberhardt, Jaguar Land Rover’s North American CEO, wants to use lessons from the I-Pace and apply it to new EVs, including the upcoming electric XJ sedan. But the path forward is not clear.

That makes sense, but is the same message that Stuart Schorr, vice president of communications for Jaguar Land Rover, told me two years ago:

Our engineers and designers were simply thinking about how to make a great Jaguar that’s also an electric vehicle.

This formula has not worked so far for Jaguar. Nonetheless, Eberhardt emphasized that the marketing strategy for the XJ, due in 2021, will focus on “interior design and driving excitement and performance.” So the XJ could essentially become a sedan version of the I-Pace, with the same positioning.

The JLR exec said that starting this year, all of the company’s model lines “will be electrified in some way.” This comment suggests a possible shift to plug-in hybrids offered next to Jaguar EVs.

The company also plans to introduce two new electric crossovers — the Jaguar J-Pace and a Land Rover model dubbed “Road Rover.” It’s not certain which of these new plug-in models will be sold in the US.

Eberhardt pointed to “external circumstances” rather than the I-Pace’s design, price, and efficiency as the reasons for slow sales.

Gasoline is at an all-time low. If you drive 15,000 miles a year, you aren’t spending a lot of money for gas. So the savings you get from the electric powertrain doesn’t necessarily offset the increased cost of the vehicle.

The second challenge for all of us, the residual value, is still a very big concern. No one really knows what the market value of a used electric car will look like three, four, or five years from now.

The charging infrastructure is not clear. We are getting slowly over the range anxiety issue. 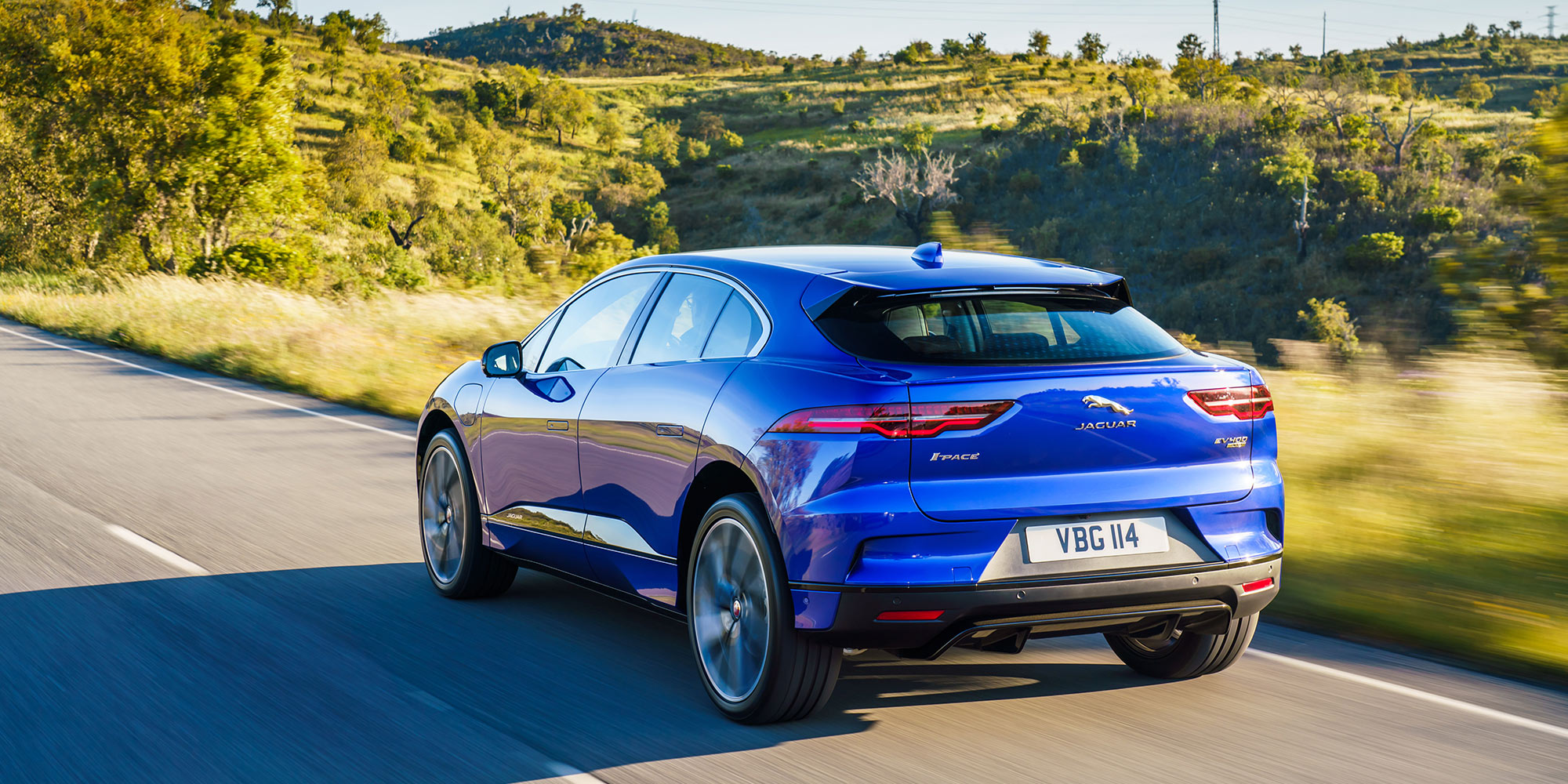 Despite these factors, Eberhardt believes EV will be a preferred powertrain choice for performance brands. It’s a matter of timing.

The audience for EVs is growing, but maybe not to the degree that we as an industry and us in particular expected.

We are not completely disappointed with where we are with I-Pace, but I guess as good a product as it is, we were hoping for a little quicker adoption.

It is a longer journey than we thought.

The winning formula for a new EV can be elusive. The 394-horsepower I-Pace, which sells for about under $70,000, is rated for 234 miles of range. As a matter of specs, the I-Pace stacks up decently with the competition. I’ve enjoyed every minute of my time driving the electric Jag, both during the media event two years ago and in more recent loans.

But its 2,500 or so sales in the US in 2019 were only about half of what Audi managed for the e-tron. And both of these luxury electric crossovers were way behind the Model X’s approximate 19,000 sales last year. The power of the Tesla brand, and access to the Tesla Supercharger network, are major selling points.

The arrival of the Model Y, with the Mustang Mach-E and Volkswagen ID.4 close behind, will only increase the competition for Jaguar this year and beyond.

Can JLR deliver some significant innovation or a breakthrough level of range for the I-Pace and XJ EV? If not, it’s unclear what the company can do to push electrification other than spreading plug-in tech across its product line — shifting a few of its current customers into an EV.