Yale and Columbia’s Environmental Performance Index (EPI) 2020 is out — how does your country rank?

Overall EPI rankings indicate which countries are best addressing the environmental challenges that every nation faces.

The EPI “provides a quantitative basis for comparing, analyzing, and understanding environmental performance for 180 countries.” The interactive page has pull-down menus for both countries and categories, and you can crunch the data in many different ways. So let’s just take a quick look at two of the most environmentally impactful countries on the planet.

The US ranks 24th in the world on environmental performance overall. (Denmark was first, and Liberia was last, at 180th, if you’re curious.) China, in comparison, ranks 120th, and while that sounds dire, it’s actually improved in the last decade. (India, another major player, is 168th.)

On climate change, the US ranked 15th. China ranks 103rd. The Guardian asserts:

[The US] is currently the second-biggest contributor to the climate crisis, after China. Over time, it has put more heat-trapping gases into the atmosphere than any other nation.

Zach Wendling, lead researcher on the research, explains why that’s so:

If you look at Denmark, they’re doing great but they’re a tiny fraction of overall carbon emissions or greenhouse gas emissions broadly. The US is one of the top five players in every greenhouse gas, so we need to do better than just OK if we’re going to generate the best practices.

Click on the link above to compare countries and categories — it’s a great resource. And the executive summary can be found here.

The New York Times put together a reading list about climate change and racism. You can check out their full list here, which includes articles and essays, but here are three books that writer Somini Sengupta recommends:

The Yellow House by Sarah Broom: “A deeply human meditation on racism and environmental havoc” that takes place in New Orleans, and the effects of Hurricane Katrina. Broom discusses her book here with PBS News Hour:

The Hungry Tide by Amitav Ghosh: This novel takes place in the Sundarbans, islands off the eastern coast of India in the Bay of Bengal, which are prone to unpredictable tidal surges that cause devastation, and where politics and water are intertwined.

Tales of Two Planets: Stories of Climate Change and Inequality in a Divided World by John Freeman. This anthology can be preordered ahead of the August 4 release. It features the writings of such respected writers as Edwige Danticat and Margaret Atwood, and helps us “see how the environmental crisis is hitting some of the most vulnerable communities where they live.” 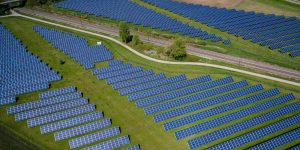 Germany, which is responsible for the worst emissions in Europe, turned in its much-anticipated climate plan — six months late — to Brussels on Thursday. (Only Ireland’s is left to be submitted.)

Germany’s plan declares that the country will cut greenhouse gas emissions by 55% by 2030. It intends to implement measures such as launching carbon pricing for transport and buildings in 2021.

The country’s recent stimulus package lowered the green energy surcharge, and with it the cost of electricity bills in 2021 and 2022. This will cost €11 billion in total.

The EU is going to propose a more ambitious 2030 climate target in September in order to reach its 2050 goals. As Reuters reports:

The Commission is assessing two possible 2030 targets — either a 50% or a 55% emissions cut against 1990 levels — and uses climate plans submitted by each member state to decide what would be realistic.

The International Labour Organization (ILO), a UN agency that works to advance social and economic justice by setting international labor standards, recently advocated for a green recovery from the COVID-19 pandemic. As the ILO states:

As governments respond to the COVID-19 pandemic, the multiple links between human health, the environment, and employment have become evident. With more and better jobs, healthy and resilient societies, the future of work can meet the needs of [future generations].

Why is their statement significant? Because it’s the ILO publicly recognizing the links between health, the environment, and employment, and endorsing that we take action — all obvious things that can’t be said enough. Have a watch below: 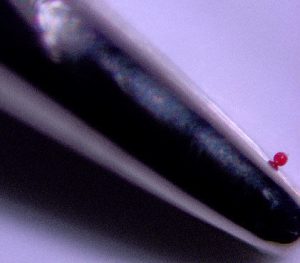 More than 1,000 tons of plastic dust is blowing into US national parks in the West each year, according to a new study. That’s the equivalent of 300 million plastic water bottles.

Janice Brahney, a biogeochemist at Utah State University and lead author on the paper, originally intended to track how wind-blown dust delivers nutrients to ecosystems. But she noticed brightly colored fragments under the microscope when she looked at samples from 11 remote areas in the US West, including major national parks such as the Grand Canyon.

As she conducted the study in her own time (she didn’t have funding for this particular project), she “found a lot of tiny fibers, likely from clothes, carpets, and other textiles. She also found minuscule particles, about 30% of which were brightly colored spheres.”

Brahney is trying to understand the patterns and processes of how microplastics move around the globe.

Photo: Microplastic beads, like this one on the tip of tweezers, are used in paint. Janice Brahney/Utah State University via Science Magazine

Hello, #FridaysForFuture. What did you get up to this week? Say hello to Josh in Uganda:

And here’s Patsy Islam-Parsons in Sydney:

Why do we do this every week, you ask? Because it puts faces and names to young people all over the world who are trying to fight for the future of the planet that they have to inhabit.

Have a good weekend.