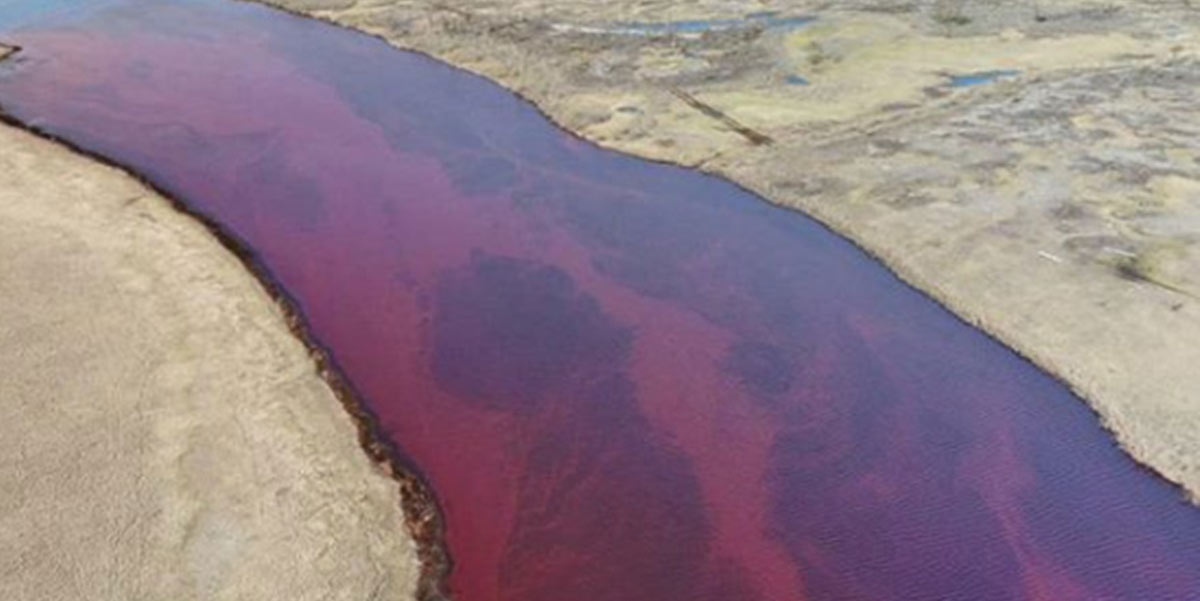 Russian President Vladimir Putin of Russia declared a state of emergency in a region of northern Siberia after a huge oil spill last week turned a river crimson. It is threatening significant damage to the Arctic region.

More than 20,000 tons of diesel leaked into the Ambarnaya River near the city of Norilsk last Friday. The accident is considered the second-biggest oil spill in modern Russian history. Elena Panova, the Russian deputy minister of national resources and the environment, said on Thursday that it would take at least 10 years for the local ecosystem to recover.

The incident led to catastrophic consequences, and we will be seeing the repercussions for years to come. We are talking about dead fish, polluted plumage of birds, and poisoned animals.

Russia is the world’s third-largest oil producer, behind the United States and Saudi Arabia.

Norilsk Nickel, which owns the plant, said that a fuel tank collapsed at a power plant. Arctic permafrost has been melting in unusually warm weather for this time of year. The oil leaked more than seven miles from the site. The power plant’s director Vyacheslav Starostin was taken into custody but was not yet charged with a crime.

Norilsk Nickel is the world’s largest producer of platinum and nickel.

The company, along with the Russian Emergency Situations Ministry, dispatched hundreds of personnel to clean up the spill. So far, Norilsk Nickel said they had managed to gather up only around 340 tons of the oil.

Barges with booms could not contain the slick because the Ambarnaya River was too shallow. Some media is calling the spill, “Russia’s Exxon Valdez.” In that 1989 incident, more than 37,000 metric tons of crude oil were spilled in Alaska.

BP’s Deepwater Horizon rig spilled around 4.9 million barrels of oil after a methane explosion on April 20, 2010, in the Gulf of Mexico — the largest marine oil spill in history. And a decade later, scientists are finding oil from that spill in the livers of fish, and on the deep ocean floor.