Cowboy has just launched an update to their last electric bicycle. The new Cowboy 3 e-bike retains Cowboy’s highly-praised sleek styling but adds a new carbon belt drive, among other upgrades.

The Belgian startup is back, this time with a new take on their stylish commuter bike.

The bike is a single speed, and the gear ratio has been updated to improve lower-speed cadence. That should be a welcome improvement for any riders that have to tackle hill climbs as part of their commute.

Next to that belt drive pulley on the rear wheel sits a 250W nominal hub motor rated for a top speed of 25 km/h (15.5 mph). Those are the largest speed and power figures allowed by EU law, meaning the Cowboy 3 is maxing out the allowable performance. 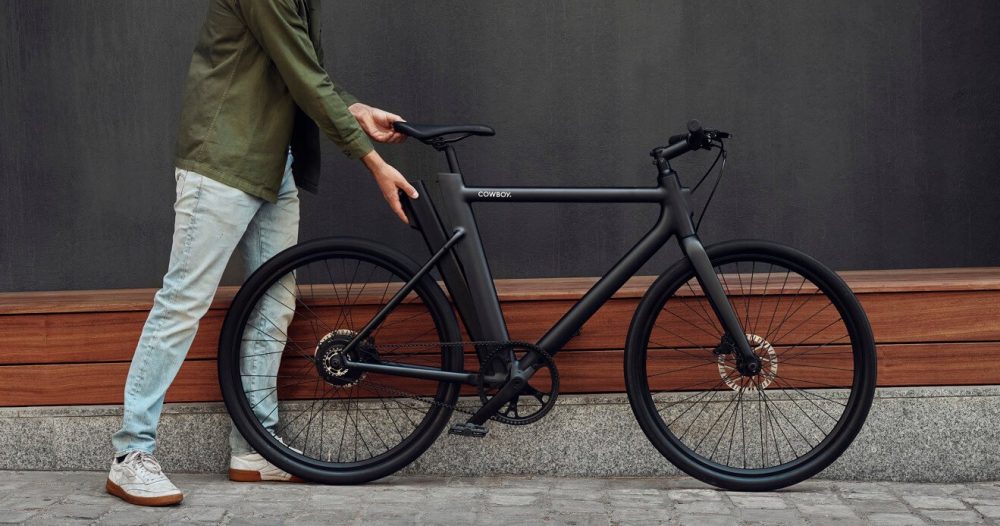 The 360Wh battery is reported to be sufficient for up to 70 km (43.5 miles) of range. The battery is removable and weighs just 2.4 kg (5.29 lb). Unlike most e-bikes with removable batteries mounted in or on the downtube, the Cowboy 3 uses an innovative seat tube to partially hide the battery, leaving an unadulterated front triangle and adding to the Cowboy 3’s unique look.

Integrated LED lights that are built directly into the frame add to the sleek styling of the bike. Embedded tech also adds a few unique features to the Cowboy 3, such as crash detection that can allow the smartphone app to check in with you to see if you’re alright after a crash, and can automatically send an alert to your emergency contact if you don’t answer.

The entire bike weighs just 16.9 kg (37 lb), which is extremely lightweight by e-bikes standards. Some carbon fiber e-bikes have lower weights, but the Cowboy 3’s aluminum frame manages to decrease weight while not bumping up the price too high.

Speaking of the price, the Cowboy 3 carries a €2,290 price (approximately US$2,600). Shipping is free but is only available in Austria, Belgium, France, Germany, Italy, Luxembourg, the Netherlands, Spain, and the United Kingdom for now. The company is working on expanding its market though and asks riders in other countries to check back for future availability. 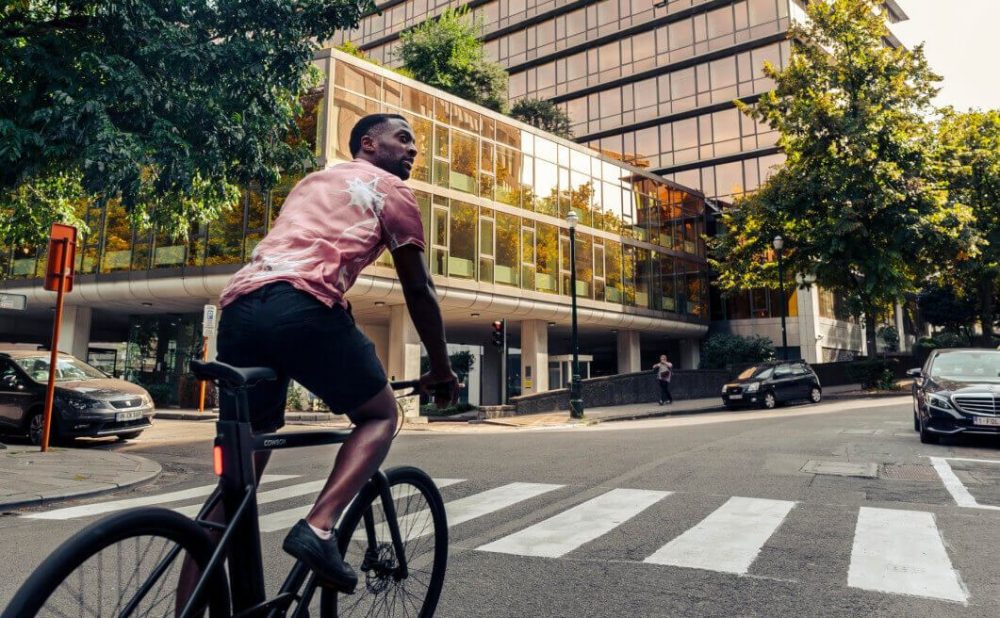 I really like the fact that the Cowboy 3 has a sleek, innovative frame that still manages to offer a removable battery. There are other very attractive European e-bikes out there that have gotten creative with frame designs, but that creativity often forces the battery to be rigidly mounted within the frame. The fact that the Cowboy 3’s battery is removable is a big advantage in my opinion. It makes the bike less attractive to steal when parked outside, and also makes it easier for apartment-dwellers to charge the battery separately from the bike.

The crash detection and check-in feature is a neat option too that I haven’t seen on other e-bikes.

While the price is a bit high for the performance specs, it’s par for the course when you’re talking about EU-limited speeds and power levels. But with that innovative frame, Gates Carbon Drive system, and custom tech, I think the price is quite fair. This isn’t a budget bike, but rather is a low-maintenance e-bike designed to last for years. And in that sense, the price feels solid to me.

What do you think about the Cowboy 3 electric bike? Let us know in the comments below!