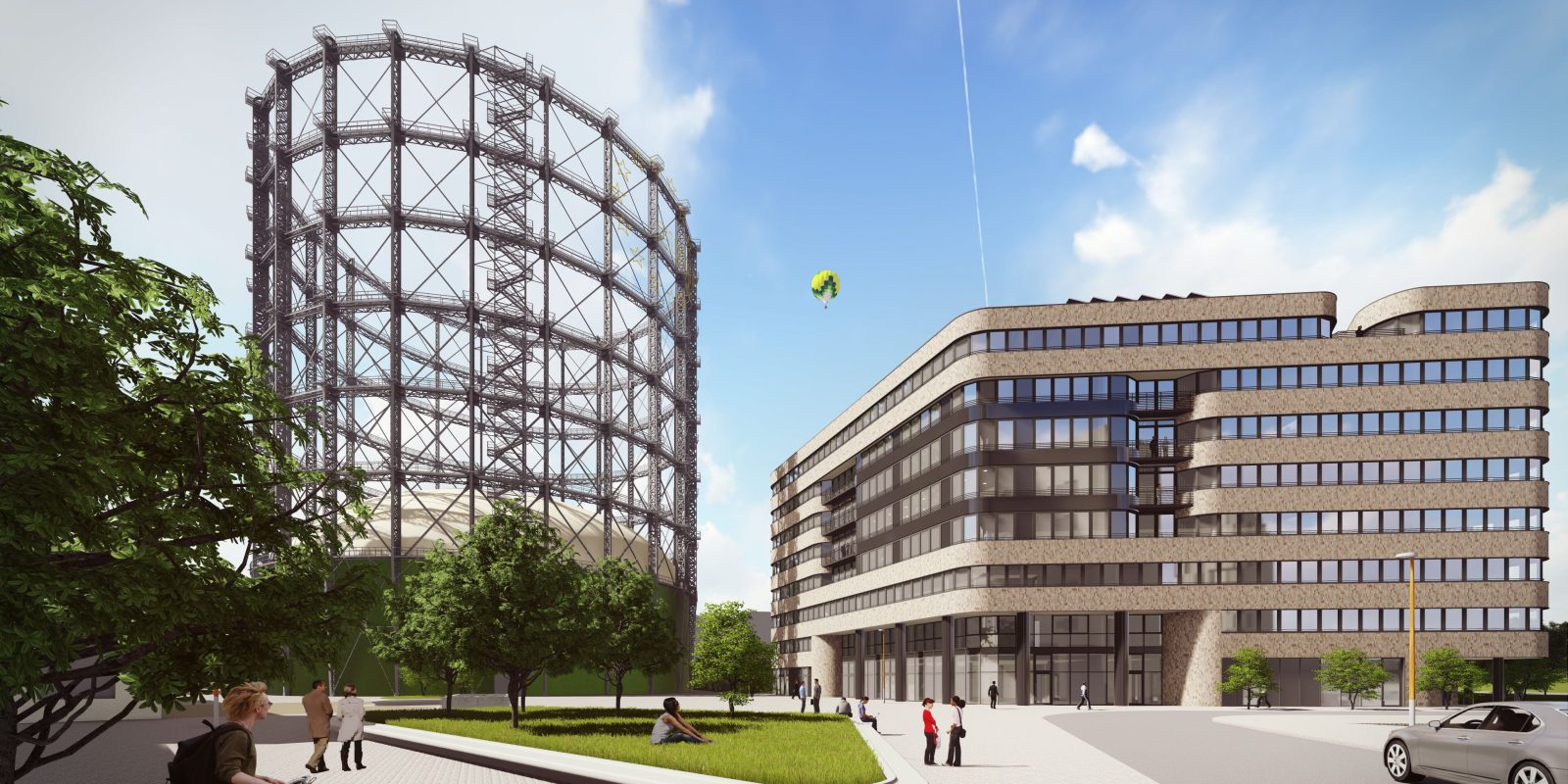 Tesla is planning a new European design center and now it is rumored to be located in Berlin’s Gasometer on the EUREF Campus.

Earlier this year, Tesla CEO Elon Musk announced plans for the automaker to open a European design center in Germany.

Currently, Tesla only operates a design center in California, where most of its design work takes place, but Musk has been waiting to expand Tesla’s design group with recently announced European and Chinese design centers.

While some thought that Tesla would use its factory location at Gigafactory Berlin to build its new European design center, it’s likely a bit too far outside the city.

Now Tesla is rumored to be looking at another location inside Berlin on the EUREF Campus: the Gasometer Schöneberg tower.

“The Euref campus in Berlin-Schöneberg is to get a prominent tenant: Tesla wants to house its design and development center in the 80 meter high gasometer. Euref owner Reinhard Müller did not want to confirm corresponding information from the Tagesspiegel Background Mobility & Transport that confidentiality declarations had been signed.”

The EUREF-Campus is a 5.5-hectare city district built to be a hub for companies and researchers in energy.

“EUREF-Campus in Berlin-Schöneberg is a place of the future. This is where more than 3,500 people work, research and study in more than 150 enterprises, institutions and start-ups in the areas of energy, mobility and sustainability – collaboratively, openly and jointly.”

As for the Gasometer itself, Berlin’s tourism website writes about the location:

“The Gasometer in Berlin went into operation in 1913 and has been a listed building since 1994. After its original use as a low-pressure gas container, it was used as an advertising space, event room, and television studio. It became especially well-known due to a political talk show with Günther Jauch from 2011 to 2015. Today, the site around the prominent vantage point houses the EUREF Campus: a location for companies from the fields of mobility, energy, and sustainability. In addition to international companies, there are also venues and changing exhibitions on the extensive grounds and in the Gasometer premises.”

Here are a few pictures of the Gasometer Schöneberg tower:

The dome-like building inside the tower is currently used to hold events: 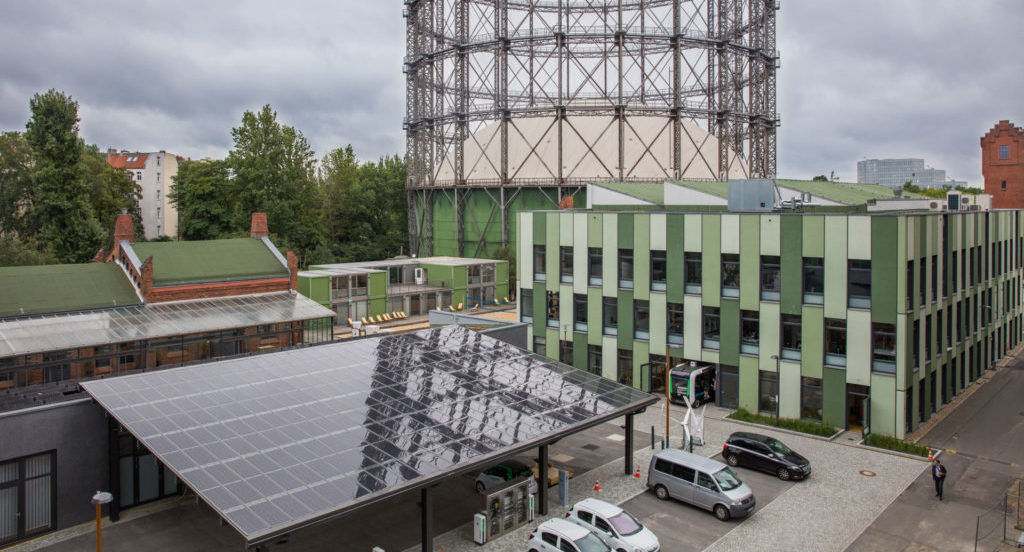 But renders of the EUREF-Campus include a new bigger building inside the tower: 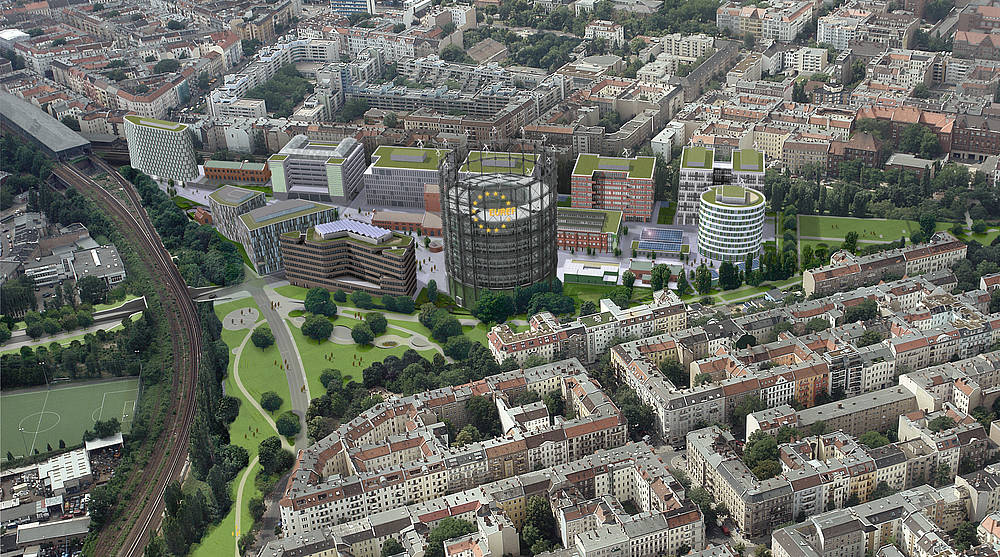 The report doesn’t include a timeline for Tesla to secure the location and it mentions that other companies might also be interested.