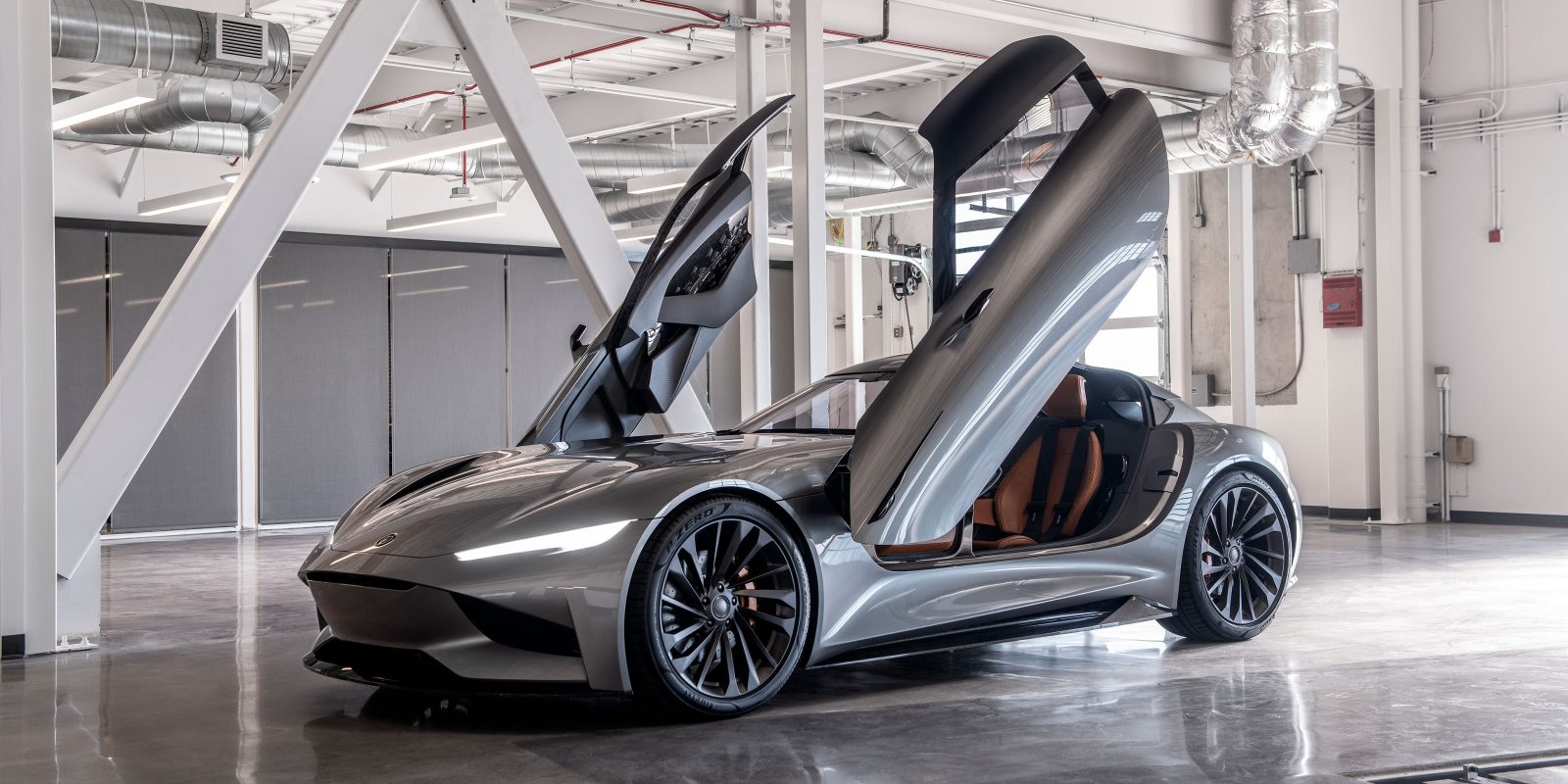 Karma is trying to reinvent itself as it goes all-electric with upcoming new vehicles powered by a new EV platform that they are teasing.

The company sprung out of the remains of Fisker Automotive, which has had a rough few years since its bankruptcy in 2013.

The startup’s assets were purchased by the Wanxiang Group, a Chinese auto parts conglomerate, as well as the assets of their battery supplier A123.

A few years ago, they renamed the company Karma Automotive and relaunched the Karma, Fisker’s first vehicle, as the Karma Revero.

Being all-electric vehicle fans, we weren’t excited about the comeback since they stuck with the hybrid powertrain of the original Karma.

But lately, the company has been signaling a shift to all-electric vehicles that has been exciting.

Last month, Karma announced a plan for a 400-mile, all-electric version of the Revero coming in 2021.

Now the company is teasing its E-Flex EV platform that will power its upcoming all-electric vehicles with supercar specs.

Karma says that the platform can support a battery pack with up to 120kWh of energy capacity, which is more capacity than any other electric car currently available:

Front and rear dual electric motors and a flat-floor 120kWh battery provide the prototype with optimal near 50/50 weight distribution and up to 400 miles of all-electric range. The AWD performance prototype’s electric motors already have over a million miles of testing in Karma’s current product, the award-winning luxury electric 2020 Revero GT.

The company is currently testing the new platform in some prototypes:

Physical prototype testing is an important landmark for Karma, and an exciting milestone for all involved. We aim to make sure the platform is capable of achieving leading standards in the supercar sector and is superior in every sense.

The platform is expected to power a series of new electric vehicles from Karma.