Elon Musk has made a rare comment of approval about Tesla tuners, which is a market that is growing with the electric automaker.

The tuning market is a bit different for electric vehicles since without an engine there’s not as many opportunities to “tune” the vehicle.

But tuning is about a lot more than adding a turbocharger to a combustion engine.

Things like suspension, weight, and aerodynamic performance can all be modified to improve performance.

With the already impressive performance of Tesla vehicles, several companies have emerged to improve on them with modifications.

Some of the best-known ones include Unplugged Performance and T-Sportline.

During an interview on the Joe Rogan Podcast, Tesla CEO Elon Musk was asked how he feels about companies modifying Tesla vehicles:

Sounds good to me, sure.

The CEO added that he has “no problem” with people modifying the vehicles, especially when it comes to “lightening the car up and improving tire traction.”

Rogan specifically asks Musk about Unplugged Performance’s S-Apex vehicle, which is based on the Model S.

The tuned Model S was originally unveiled in 2018:

Unplugged Performance is arguably the leading Tesla tuner and it has aspiration to become to Tesla what AMG has been to Mercedes-Benz.

AMG started as an independent engineering company specializing in tuning Mercedes-Benz vehicles, and it was eventually purchased by the German automaker.

We have strong evidence that several Tesla execs have been using their products on their own cars.

When Tesla first launched the Model 3, Tesla chief designer Franz von Holzhausen was spotted driving a modified version of the car with a lowered suspension: 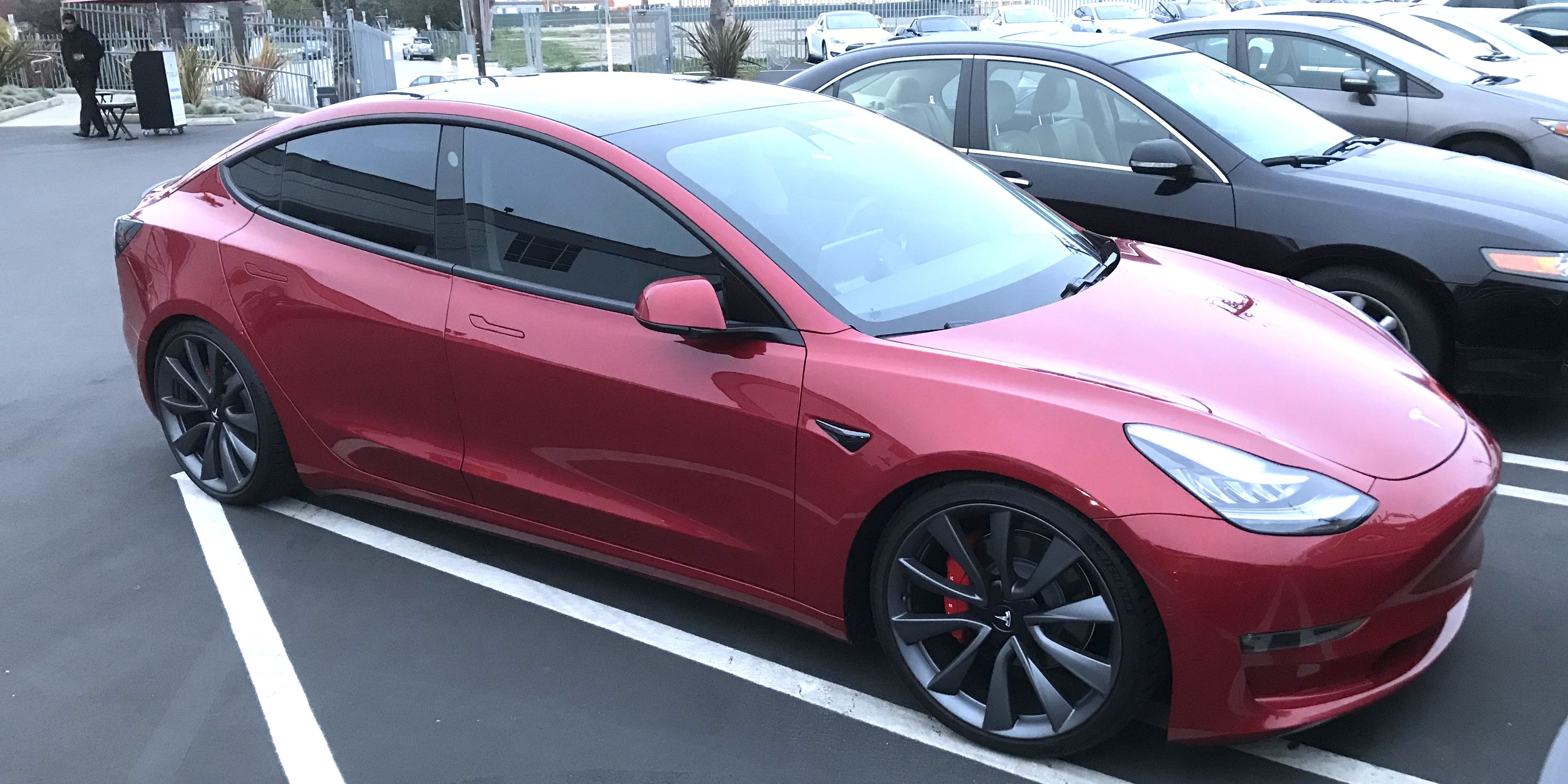 At the time, only Unplugged was offering a lowering kit for the Model 3, and the designer works at Tesla’s design studio, which is located in the same industrial complex as Unplugged Performance’s HQ.

We asked Ben Schaffer, CEO of Unplugged Performance, about his reaction to Musk’s comment and he had much to say:

We started Unplugged Performance back in 2013 to add value to Tesla’s mission. We were early converts and have made every effort within in our ability to accelerate the movement. The added value we bring is to accelerate the Tesla mission within car enthusiast culture by doing things that Tesla simply does not have prioritization for internally.
Joe Rogan understands this and brought it up along with his excitement for our complete car programs like our S-APEX carbon widebody Model S. As Joe said (and Elon agreed), Tesla does not have time to mess around with expensive low-volume custom projects and product variations when they are focused on high-volume streamlined and efficient production. We’ve always worked alongside our neighbors at Tesla Design Studio by creating our own fully reworked custom Tesla complete builds and by offering performance upgrades.
These individuals we serve are hardcore car enthusiasts. They don’t want an efficiently mass produced car, they want a painstakingly made car that is highly custom for their specific tastes and driving style. They also happen to love the Tesla mission and the underlying Tesla car as much as we do and they allow us to take the platform to new heights of performance and specialization.
We were thrilled to see the reaction and look on Elon’s face as Joe discussed our work and this subject. The compliments were great, but words were not even needed in seeing his reaction. We were truly honored by the response. It made all of the hard work and long days completely worth it. We love the work of Elon and the great Tesla team and we will continue to give every effort to accelerate the mission.

Here’s the part of the interview where Rogan asks Musk about Tesla tuners and Unplugged Performance in particular:

While Elon didn’t seem too excited about it, the comment is still welcomed in the Tesla tuning community since there’s always a fear that the OEM won’t like you messing with their products.

Also, when talking about Tesla tuners, I have often seen comments from the Tesla community about how “no one can deliver better performance than Tesla itself,” which is not true.

Tesla is operating within strict compliance requirements and trying to deliver a balanced vehicle that appeals to a lot of people.

Tuners don’t have to operate under those same requirements. They can build parts for specific needs that wouldn’t necessarily have a wide appeal.

For example, some tuners will offer different suspension geared toward comfort, and others will focus on aerodynamic performance.

Some will offer parts for aesthetic reasons, while others improve performance.

With Tesla’s rise in popularity, we have seen a ton of companies emerge in that space. Some were pure opportunists and failed, like Saleen, while others have been sustainable and an important part of the Tesla community.

In my opinion, Unplugged Performance is the leader in the space, but we have seen other companies doing good things like Mountain Pass Performance and T-Sportline.

We have also seen some garbage things come out of the space. The one that sticks out in my mind is Will.i.am’s completely modded Tesla Model S:

I personally think this is ridiculous looking, but to each their own.

What about you? What are some of the best and worst Tesla mods you know of? Let us know in the comment section below.