Mercedes-Benz’s US rollout schedule for EVs still not announced 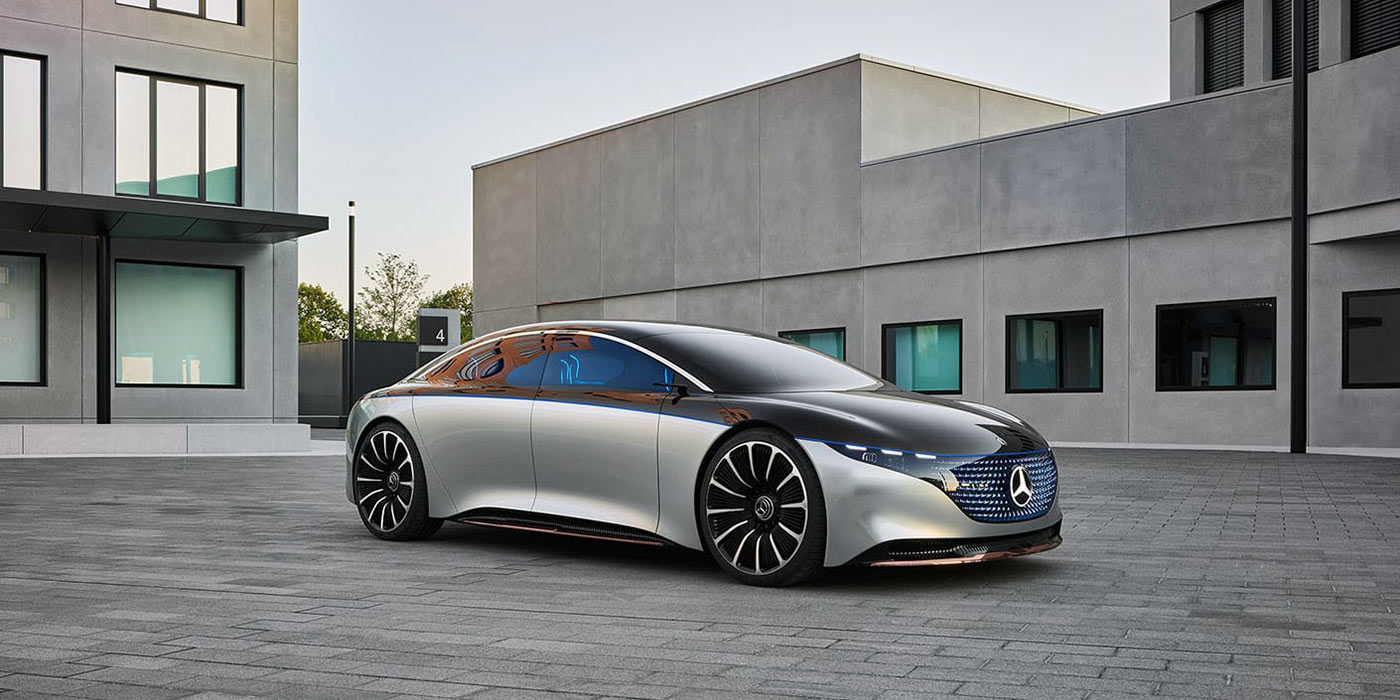 Reports from German media and Automotive News say the Mercedes-Benz EQS all-electric sedan is on track this year for Europe. So we reached out to Daimler to see if the EQS was planned for an introduction in the US in 2021. But the company is not yet ready to share details.

Mercedes-Benz Production Manager Jörg Burzer told Automotive News Europe last week that the new S Class — and its electric sibling, the EQS — were “absolutely crucial for the future” of Daimler. He said it was a “top priority.”

The prospects for the Mercedes-Benz all-electric flagship sedan are promising. We posted that a 600hp AMG performance version of the EQS is in the works.

Ward’s Auto reported in April that the EQS will “spearhead” the company’s “Electric First Strategy.” The industry publication said:

The liftback-style limousine, coming to the US market in early 2022, is the first EQ model to be based on the German automaker’s scalable EVA (electric vehicle architecture).

Wolfgang Würth, a Mercedes-Benz spokesperson, told Electrek: “We are not able to share any more specific details regarding the launch at this time.” He also declined to comment about reports concerning the vehicle’s driver-assist function or a high-performance edition.

The EQS is billed as a competitor to the Tesla Model S. Würth confirmed that the EQS will be a “top of the line electric luxury sedan in the S-Class segment” and “a new interpretation of sustainable modern luxury.”

The EQS is a “sibling” to the gas-powered S-Class, but its length will more likely match the Mercedes-Benz CLS. The electric powertrain can be more tightly packaged than a gas engine. That results in a size slotting between an E-Class and S-Class. Würth said:

Short overhangs and a long wheelbase make the car appear shorter, while the interior space is equivalent to an S-Class.

The other details reported by Wards include an all-wheel-drive layout, 100 kilowatt-hour battery pack, and 350kW charging. However, Ward’s cautioned: “Nothing is official at this stage.”

So the only thing we know is that the EQC SUV launch was delayed from 2020 to at least 2021. But that’s a separate matter from the rollout of the EQS sedan.

Delaying the EQC’s US launch was a strategic decision to support sales in other regions of the world, where the EQC had been introduced already. This is not related to the development of the EQS.

The next electric vehicles under the Mercedes-Benz EQ banner will be compact SUVs.

We’ll continue to track Daimler’s progress and hopefully will be able to report specific launch dates soon. In the meantime, Mercedes-Benz showrooms in the US will not have an EV to offer.