The Lexus UX 300e, the luxury brand’s first EV, is on sale in China now and hits Europe later this year. Lexus in Europe announced today that the crossover’s air-cooled 54.3-kilowatt-hour battery will come with a 10-year, 1 million-kilometer (621,000-mile) warranty. The Lexus UX300e joins the Nissan Leaf as one of the few EVs with air-cooled batteries, which are considered not as robust.

For the UX 300e, Lexus developed a battery cell air-cooling system which is safer and lighter than water-cooled systems. With cooled air circulating inside the battery pack, stable battery output can be attained even at high speed and during repeated rapid charging.

Working hand in hand with the cabin air conditioning, the system enhances the car’s performance, battery life, and charging performance.

Reliability was also to the fore in the development of the battery heating system. Heating elements under each battery module minimize the impact of cold weather on the driving range, ensuring full power is available from the start. 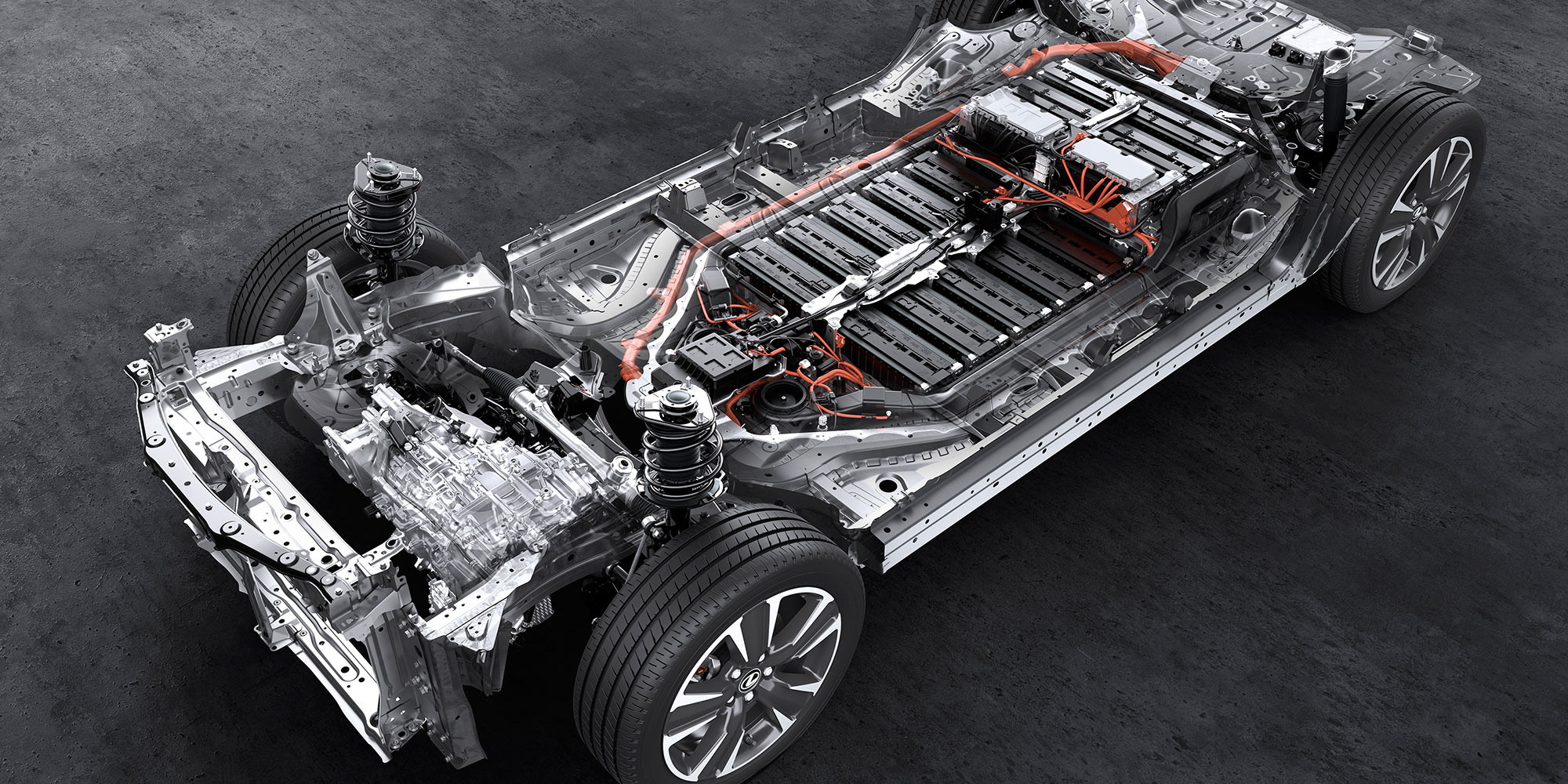 Nissan is also committed to its air-managed system, despite evidence that liquid-cooled batteries are better able to maintain their energy capacity. Nissan uses a passive system, while Lexus’s approach is active, essentially extending the cabin AC and heating system to the battery pack.

Nissan last year claimed that the Leaf’s pack will last 22 years, an estimated 10 to 12 years longer than the average life of the car. Nissan reached its conclusions based on data from the 400,000 Leafs it has sold in Europe since 2011.

However, a 2019 study of 6,300 EVs by Geotab, a fleet-management company, revealed that the air-cooled 2015 Leaf degraded at a rate of 4.2%, compared to a 2015 Tesla Model S’s 2.3% rate. Geotab concluded that liquid-cooled thermal management provides better protection against degradation.

EV battery warranties also stipulate the level of degradation that can happen before it will be replaced. The Lexus UX300e capacity needs to drop below 70%. That would leave 38 kilowatt-hours of capacity, enough for about 130 miles of range (if its efficiency delivers 3.5 miles per kilowatt-hour).

The Nissan Leaf guarantees roughly 66% capacity over 100k miles/96 months. The fine print of the 2020 Leaf’s battery warranty reads: “The lithium-ion battery is also warranted against capacity loss below nine segments as shown on the vehicle’s battery capacity level gauge.” (This suggests a similar level of degradation as what Lexus offers in its warranty.)

The state-of-the-art for battery management is liquid cooling. It’s intriguing that Nissan holds firm to its air-cooled system. And now, Lexus joins Nissan with this approach.

While promising 1 million kilometers is impressive, that would require driving an average of 62,000 miles a year to reach that level before hitting the 10-year limit.

Another factor is the 50kW rating for DC charging for the Lexus. If Toyota and Lexus plan to offer faster rates, liquid cooling will become more important to manage the temperature. (Quick charging for the 2020 Leaf goes up to 100kW.) Nonetheless, Lexus explicitly says that air-cooling is sufficient for “repeated rapid charging.”

The 1 million km promise will probably not affect many drivers. Nonetheless, air cooling reveals the tentative approach taken by Lexus/Toyota for its first EV.