Tesla has made some impressive progress in self-driving visualization with its latest software updates. Check out this new beautiful picture that represents that progress extremely well.

However, the display of those new objects in the visualization system was not always accurate.

As we recently reported, Tesla is going through “a significant foundational rewrite in the Tesla Autopilot.” As part of the rewrite, CEO Elon Musk says that the “neural net is absorbing more and more of the problem.”

It will also include a more in-depth labeling system.

The CEO added that it will “dramatically improve” Autopilot visualization and Tesla will be able to quickly roll out better iterations.

We are already seeing some improvements in the latest software updates Tesla released in the last few weeks and a picture taken by Jacob S. illustrates some of those improvements perfectly.

The Tesla owner from Reno, Nevada, shared the picture taken in his Model 3 with Electrek: 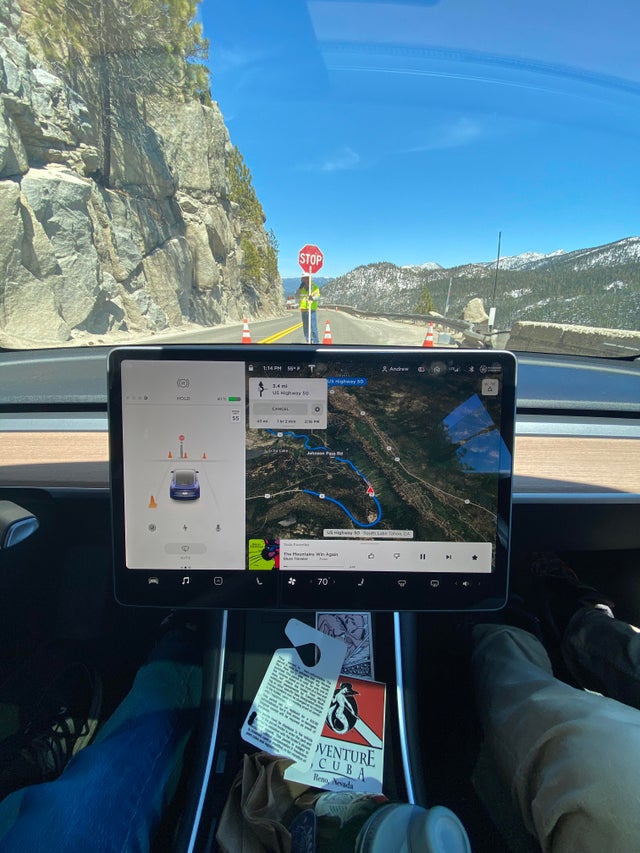 It was immediately. We were first in line and I looked right to the visualization.

These new and improved visualizations are expected to lead to Tesla’s new “Stopping at Traffic Lights and Stop Signs” feature, which is currently being tested in the early access program.

While this feature is part of Tesla’s “Full Self-Driving Capability Package,” it’s important to note that Tesla still requires drivers to keep their hands on the steering wheel and be ready to take control at all time.

This is an impressive improvement. We come a long ways from the days of V9, which was less than two years ago:

Tesla’s Autopilot on v9 shows great improvements when it comes to rendering the surroundings on the screen, but I’m often getting those weird bugs when stopped or at low speeds. pic.twitter.com/uvfflQUaKw

Of course, visuliazation is one thing and acting on what the system detects is a completely different thing, but it is a confidence builder.

It shows that Tesla’s system is accurately able to detect and render its surroundings, and that will go a long way further down the road to help people accept Tesla’s self-driving system.