Ford has filed a trademark for the name of an EV charging network and while we like the idea of the possibility for the automaker to build its own charging network, it looks like they went with the dumbest name.

The Dearborn-based automaker has been more aggressively moving into the EV space lately with the launch of the Mustang Mach-E electric SUV and an electric version of the popular F-150 pickup truck.

When it comes to the charging infrastructure to support these new electric vehicles, Ford has made announcements about partnering with Electrify America and Ionity, amongst other charging networks.

That has been the model adopted by virtually every other automaker except for Tesla, which has deployed its own fast-charging network called the Supercharger network.

Now we learn that Ford has filed for a trademark for an electric vehicle charging network: 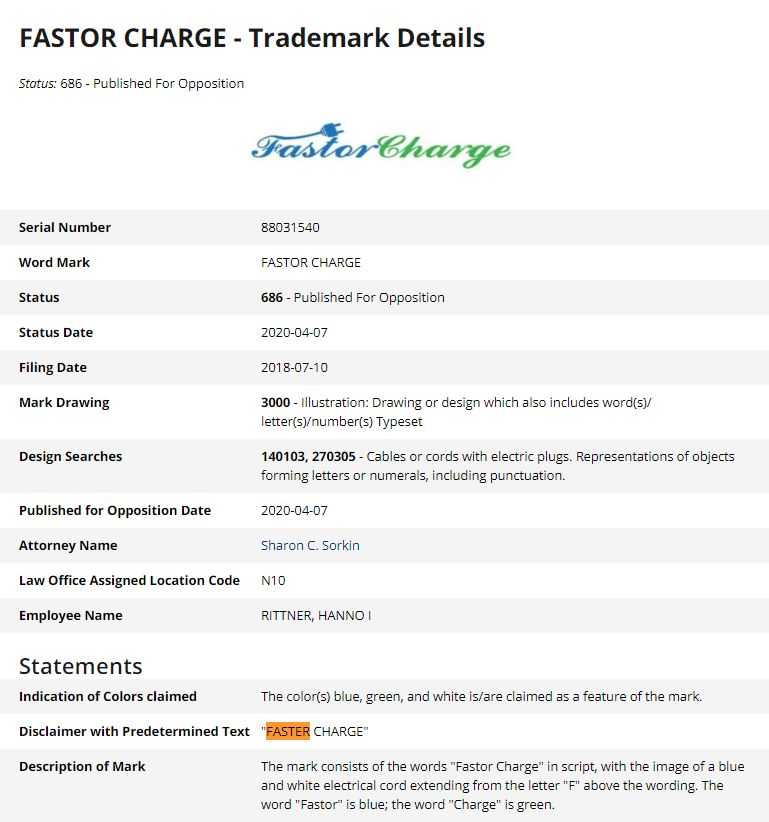 They filed it under good and service for “charging station services for electric vehicles, battery charging services, vehicle service stations.”

The filing was first spotted by a member of the Mach E Club forum and they speculated that the trademark “Fastor Charge” could be the name of an upcoming Ford-owned fast-charging network.

It was first filed in 2018, but it has just now been published “for opposition”.

Well, I oppose. Not because it infringes on a trademark of mine, but because that’s a dumb name.

That said, I am all for it if it means that Ford is going to build its own fast-charging network. We know that they plan to deploy their own stations at dealerships, but that’s not enough.

Tesla’s Supercharger network is widely recognized as the best DC fast-charging in the world, and that’s because built it around a good EV ownership experience, and not as a profit center.

It focused on building them in locations that all long-distance travel — often somewhat remote locations. It built many stalls per locations to avoid wait times, and it made them fast.

Those are all things that third-party networks, on which all other automakers like Ford have been relying on, cannot do because it is not a great business model to have many stalls sitting empty most of the time.

I wish more automakers would have the courage to invest heavily in their own charging networks.

Do you think that’s what ‘Fastor Charge’ is going to be? Also, what do you think about the name? Let us know in the comment section below.

Interested in solar power and/or energy storage for your home or business, we suggest getting quotes from more than one installer to make sure you get the best energy solution for your place. UnderstandSolar is a great free service to link you to top-rated solar installers in your region for personalized solar estimates for free.