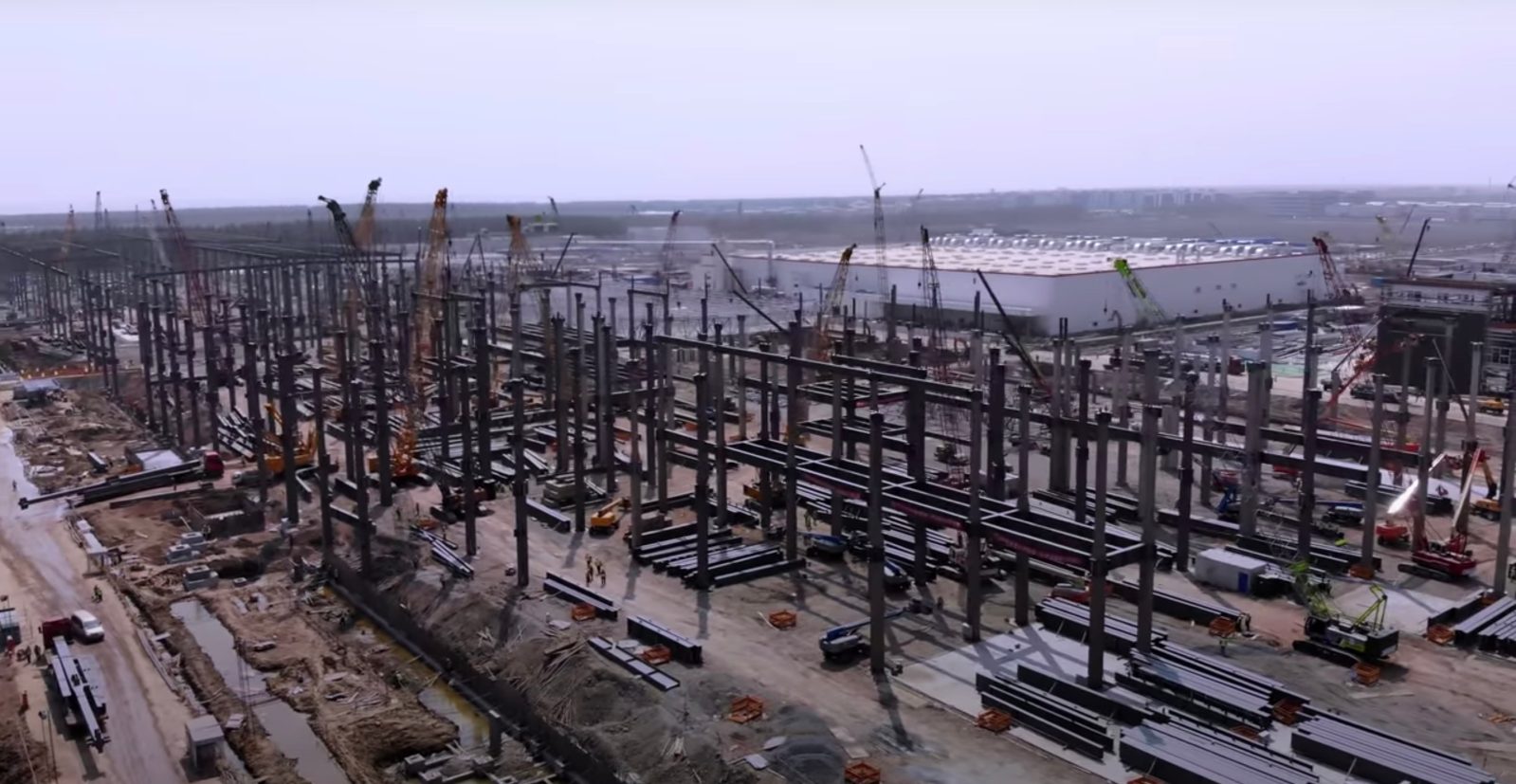 Tesla is currently expanding Gigafactory Shanghai, and a new drone video now shows just how massive the new buildings are, now that the foundations are in.

The automaker built a giant factory in Shanghai and started production at the facility within a year, but it was only the beginning.

Gigafactory Shanghai currently produces Model 3 vehicles, but it is building only just over 30% of the parts locally and still relies heavily on other production facilities.

The automaker has been expected to expand the factory in order to vertically integrate the production to achieve a greater percentage of locally produced parts in the made-in-China Model 3.

Furthermore, Tesla is also going to produce the Model Y at Gigafactory Shanghai as soon as next year.

All this new production capacity is going to require more space, and Tesla is currently working on that.

Recent drone flyovers have shown that the automaker was working on new buildings around the current plant.

Now Tesla has laid out the foundations and started installing some steel beams, which is giving us an idea of the scale of the expansion:

The new flyover shows that the new building is almost the same size as Tesla’s first phase of Gigafactory Shanghai:

The construction has been progressing quickly and could be as quick as the first phase. We could see the outer walls coming up on the new building early this summer and production out of the new buildings in the fall.

Based on the new drone video, Tesla also appears to be connecting the two main buildings of the first phase:

Or at least expanding the first building closer to the second one.

The new drone video also shows Tesla having a steady stream of Model 3 vehicles coming out of the factory.

Tesla was loading up 5 trucks and there were over 100 Model 3 vehicles in the loading area when the video was filmed last week:

As we reported last week, Tesla surprised in March with deliveries of over 10,000 cars — its best month ever in China, despite the rest of the industry taking a 40% hit.

Tesla Shanghai is reportedly now capable of making 3,000 cars per week, and the new expansion should add motor and battery pack manufacturing as well as Model Y production for next year.