Minnesota, New Mexico, and other states are poised to adopt California ZEV rules 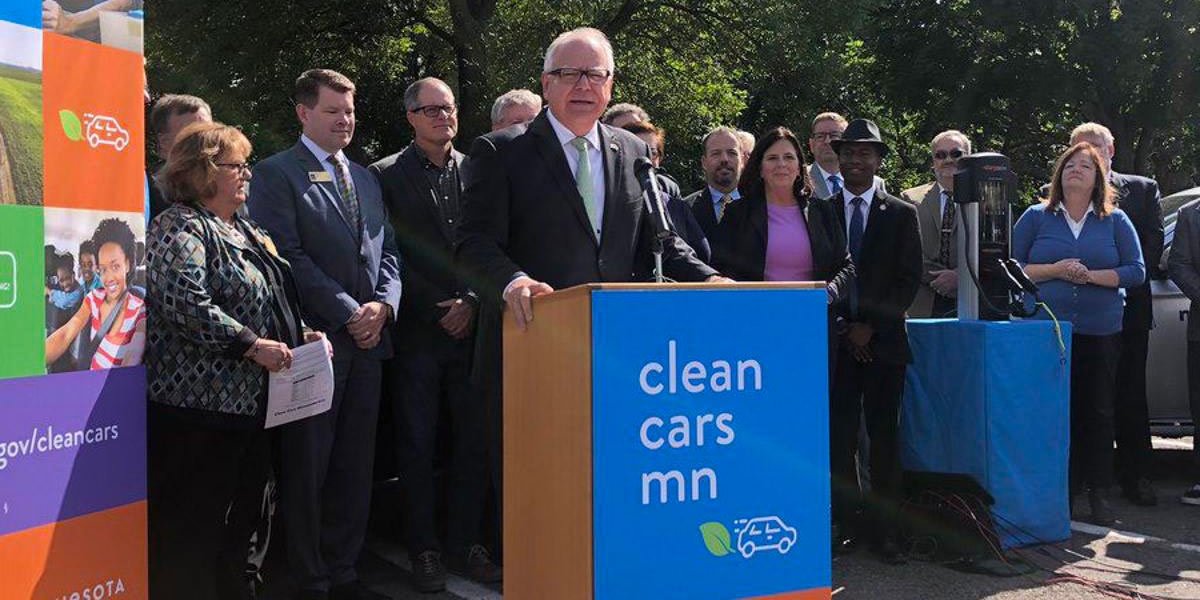 The most effective response to the COVID pandemic has come from state leadership — not the federal government. And the same thing is happening for vehicle-emission rules. Last month, Washington State became the 12th state to adopt California’s zero-emissions mandate. Next up: Minnesota and New Mexico, with Colorado and Ohio not far behind.

Minnesota’s Echo Press, a twice-weekly newspaper, reported today that the state was prepared to publish a notice about the adoption of Clean Cars Minnesota. However, the coronavirus outbreak temporarily delayed the plan.

Proposed in late 2019, Minnesota’s Clean Car program would require manufacturers to deliver cars for sale that meet the stricter emission guidelines established in California. The Minnesota Pollution Control Agency still plans to complete the approval process before the end of 2020.

That would make 13 states and counting that follow California clean-air rules for cars instead of the weakened standards rolled out by the Trump administration last month. Trump’s rollback increased uncertainty about fuel efficiency and EV targets, thereby making California (and the states that follow its rules) the de facto standard.

The number could grow to 23 me-too ZEV states. That’s how many states in fall 2019 sued to block the Trump administration from undoing California’s authority to set strict car pollution rules.

New Mexico governor Michelle Lujan Grisham said her state would adopt the standards by the end of 2020. Grisham said:

While President Trump threatens to rob New Mexico and indeed all states of a valuable tool for combating air pollution and decreasing greenhouse gas emissions, New Mexico will stand up and deliver on our commitment to environmental leadership.

Colorado automakers had also been planning to pass legislation for EV incentives and charging infrastructure. The Gazette, a newspaper serving Colorado Springs, reported yesterday that state lawmakers had delivered bills for Governor Jared Polis to sign, aimed at bringing more electric vehicles to the market.

Electric vehicle charging stations create jobs. They require construction, utility line workers, they require engineers, and they power the economy. I hope to see those forward-thinking clean energy investments like EV infrastructure being a part of whatever stimulus once we enter a period of economic recovery.

Colorado state health officials were not pleased when the US Environmental Protection Agency (EPA) backed off enforcing many of the nation’s environmental laws, supposedly due to the pandemic. John Putnam, director of environmental programs at Colorado Department of Public Health and Environment, said:

At a time when everyone in Colorado is rallying to fight the spread of a serious respiratory illness, it would be unacceptable for us to allow companies to emit more pollutants into our air and water.

A set of bills aimed at promoting electric vehicles in Ohio were also on hold due to the coronavirus pandemic. Rep. Casey Weinstein said:

The future of the automotive industry is electric, and we have to be ready for its long-term growth.

The entire balance of power regarding emissions rules is shifting before our eyes. The so-called California ZEV states could soon govern emissions rules for a bigger chunk of the American auto market than the EPA.