The latest Tesla Model Y teardown videos show how Tesla managed to make some great improvements over Model 3 despite sharing 75% of parts with the electric sedan.

As we previously reported, Sandy Munro, a manufacturing expert who rose to fame in the Tesla community after his breakdown of an early Model 3, is doing the first teardown of a Model Y.

Munro is releasing details about the teardown piece by piece and you can check our previous report for Tesla Model Y’s fit and finish, frunk, and suspension and another post about Model Y’s wiring and body casting.

Now the manufacturing expert is getting into the nitty-gritty and showing some of the most impressive improvements made to the Model Y compared to the Model 3.

In the latest videos, we can see that they have removed most panels and the interior of the car -revealing the body, powertrain, and wiring architecture of the Model Y.

Last year, Tesla announced that the Model Y, which is built on the same platform as the Model 3, is going to share about 75% of its parts with the electric sedan.

It enables Tesla to make some significant cost savings by producing those parts in higher volumes, but it also limits the manufacturing improvements that the automaker can make to the electric SUV since it needs to rely on the design of the Model 3 for most of the parts.

Nonetheless, Tesla managed to make some fairly impressive improvements despite those limitations, according to Munro’s latest videos.

Now that the interior has been stripped, Munro was able to get a good look at the floorpan and more wiring, which is very similar to the Model 3, but Tesla managed to make some improvements:

For example, Tesla managed to use the Model 3 floorpan in the SUV by raising the floor with engineered polypropylene (EPP), which resulted in reusing other interior parts for the Model 3, like the seats and entire dashboard, just at a different height.

The raised floor is allowing Tesla to have a better wiring architecture and fit some more parts underneath: 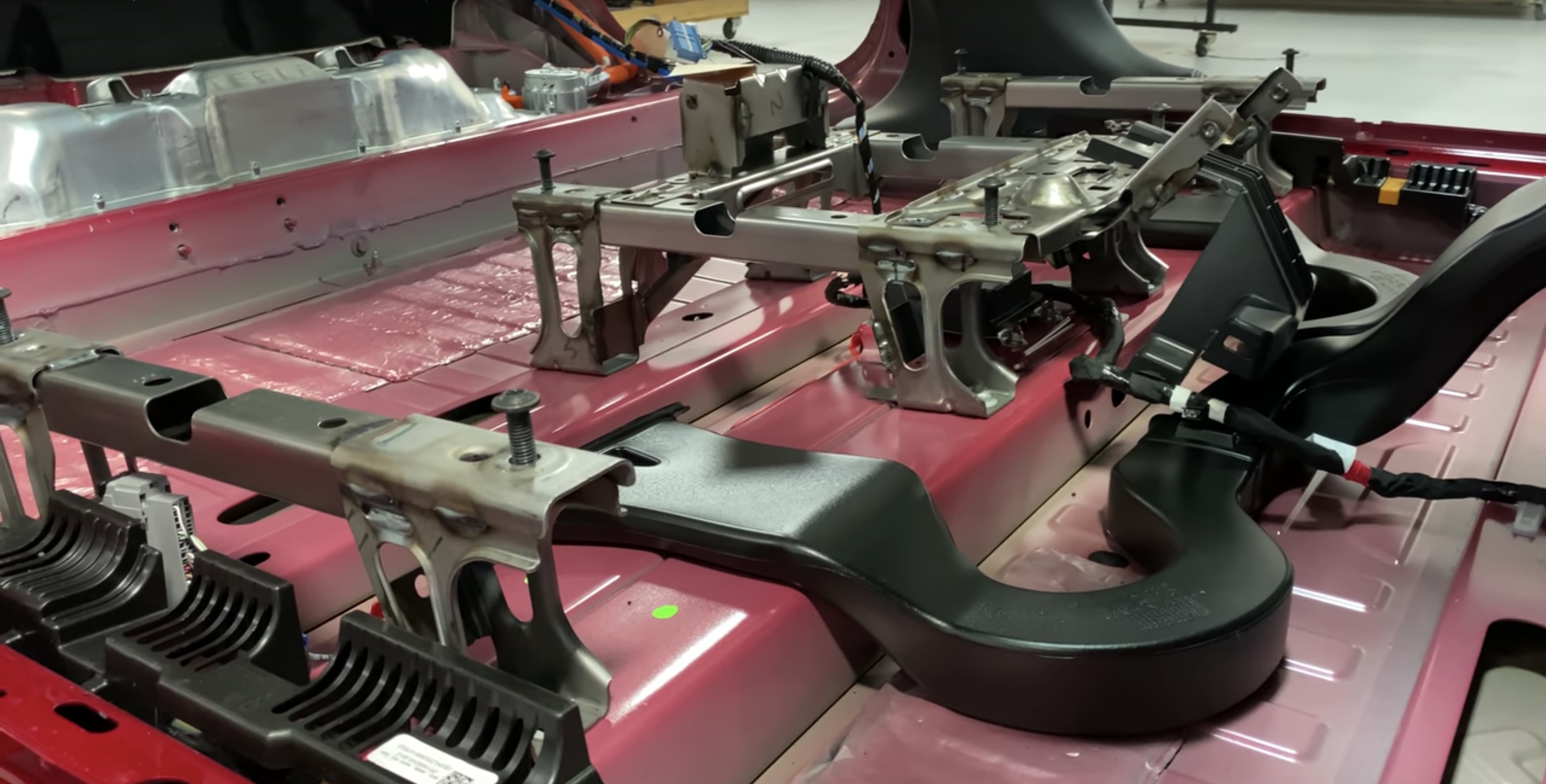 One of the most significant improvements that Munro noted is that Tesla changed the long high-voltage wiring system that goes from the inverter to the charge port to pipes (Model Y pipes on the left and Model 3 wires on the right):

Munro says that the main advantage is that the pipes will always fit perfectly during the assembly process and therefore, it should save time during manufacturing.

He also noted that it should be lighter than the Model 3 wires.

In another video, Munro deep dove into the rear casting of the Model Y, which is by far the most significant change to the body of the Model Y compared to the Model 3:

As we previously reported, CEO Elon Musk said that Tesla is moving to an aluminum casting design instead of a series of stamped steel and aluminum pieces for the Model Y body:

“When we get the big casting machine, it’ll go from 70 parts to 1 with a significant reduction in capital expenditure on all the robots to put those parts together.”

Munro confirmed the change though he actually sees to parts in the back linked together by a bracket: 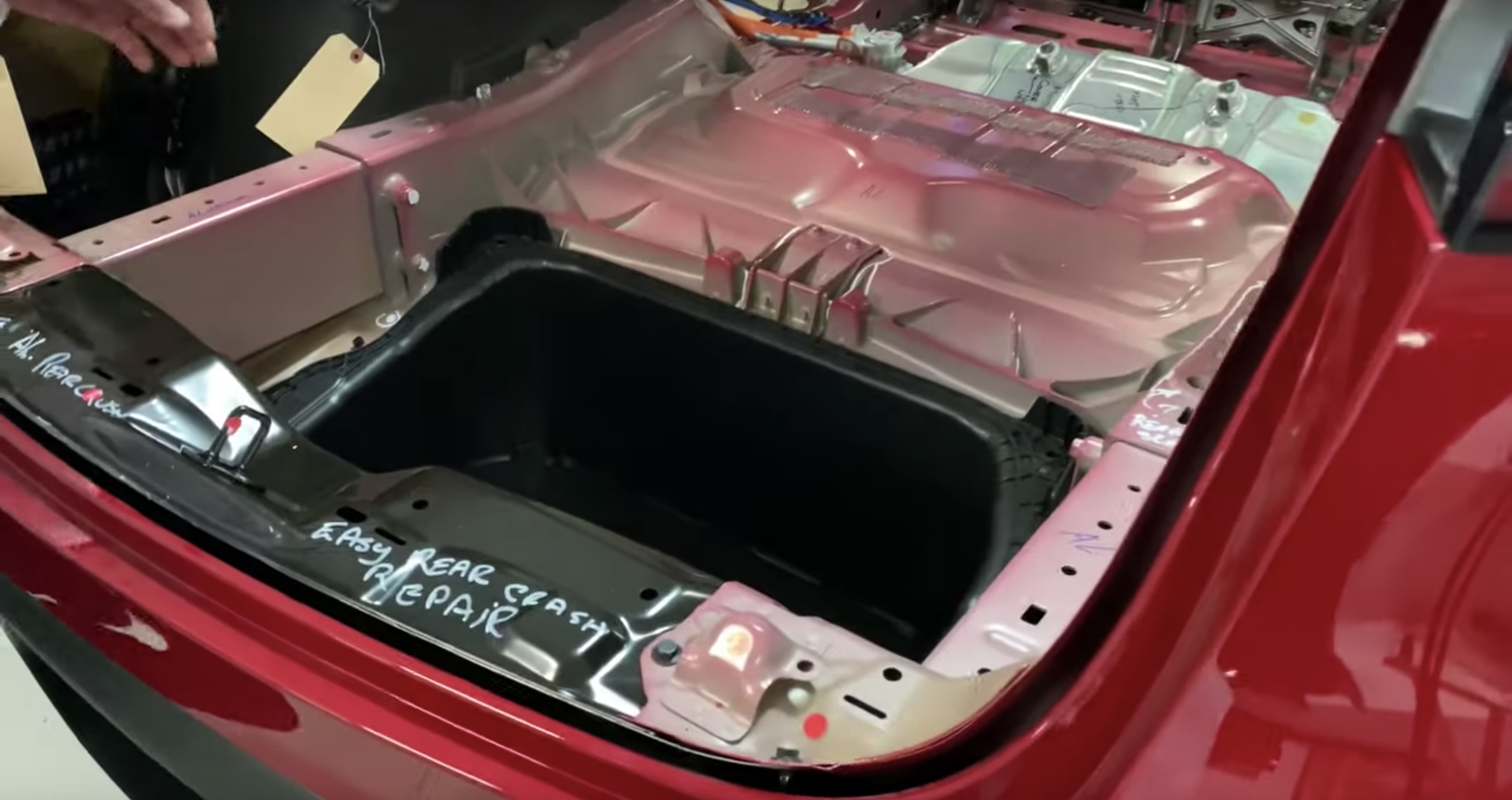 Nonetheless, he was really impressed by the improvement made to the rear casting and he especially loves the one-piece drop-in trunk.

Based on the fit of the latter, the manufacturing expert thinks that it’s possible that Tesla might update the design of the Model 3 to also take advantage of those manufacturing improvements.

In the video, Munro also said that Tesla confirmed to him that they are going to be adding a casing to the Model Y’s heat pump in order to reduce the noise.

I was wondering how much of an improvement Tesla could make to the Model Y’s manufacturability over Model 3 while sharing the majority of the parts.

This is a lot more than I thought was possible. Kudos to Tesla.

I also like Munro’s point about Tesla potentially bringing those improvements to Model 3.

While it would be a significant capital expenditure, due to the kind of volume Model 3 is making, it could be worth it if the cost savings per car is big enough.