Tesla Model Y’s wiring architecture and body casting, especially at the rear, is not disappointing in the first teardown of the new electric SUV.

As we reported yesterday,  Sandy Munro, a manufacturing expert who rose to fame in the Tesla community after his breakdown of an early Model 3, is doing the first teardown of a Model Y.

Munro is doing relating details about the teardown piece by piece and you can check our previous report for Tesla Model Y’s fit and finish, frunk, and suspension.

Now the manufacturing expert is finally getting into the nitty-gritty and removing some panels to reveal some of the more hardcore manufacturing and design of the Model Y.

In a new video, Munro gives his first impression on the Model Y’s wiring, brakes, quick-connects, and rear body structure:

These elements are of high interest to the Tesla community and analysts since the automaker and CEO Elon Musk have been boasting about improvements on those fronts.

As we previously reported, Tesla has been working on a revolutionary new wiring architecture to help robots build upcoming cars like the Model Y.

Musk also said that Tesla is moving to an aluminum casting design instead of a series of stamped steel and aluminum pieces for the Model Y body:

“When we get the big casting machine, it’ll go from 70 parts to 1 with a significant reduction in capital expenditure on all the robots to put those parts together.”

Now Munro has started taking a look at the result of those new technologies in the Model Y and he seems impressed.

First, he looked at the 12-volt wiring and he was impressed by the rugged wrapping that Tesla used on the wires – something he says is “never done”:

Munro was also impressed by Tesla’s use of a more expensive quick connect system for the AC, which he believes will greatly reduce the chance of leaks down the road:

The manufacturing expert also gave a quick look at the Model Y’s brakes in the video and he says that they are bigger and stronger than Model 3’s brakes:

However, it looks like they are still repackaged Brembo brakes.

Munro says that he sees a real improvement to the backend of the car compared to the Model 3:

When Tesla did the Model 3, I was really unhappy with the backend of the car. I saw hundreds of parts that shouldn’t have been there.

For the Model Y, Munro is happy that Tesla changed the design with a whole boot made in one piece, which he believes is made of glass-filled nylon. 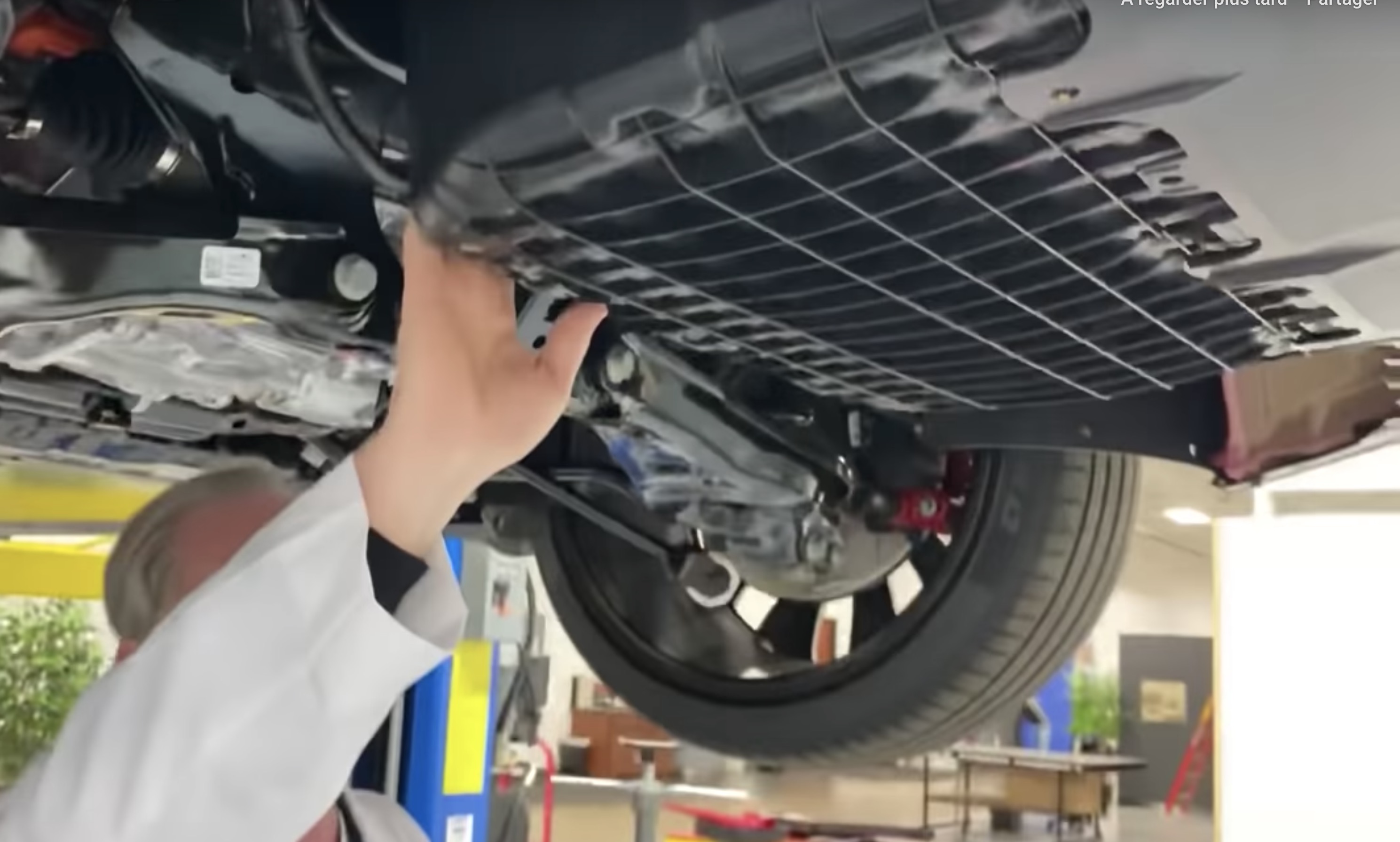 Around it, Munro noted a “gigantic aluminum casting” that makes up the back of the Model Y’s body, which was one of the biggest improvements from Model 3 to Model Y as we previously mentioned.

The manufacturing expert believes that Tesla used some of its criticism of the Model 3 to do those improvements to the Model Y.

“High quality critical feedback from Munro & Co is much appreciated!”

Overall, it appears the manufacturing expert is really happy with the Model Y, but there’s still a lot more to look into. He expects to release more videos in the coming days.