The Italian electric bicycle conversion kit company Bikee Bike has a new lightweight kit known as the Lightest. As the name implies, Bikee says this is the lightest weight e-bike kit on the market, with the mid-drive unit weighing just 1.65 kg (3.5 lb).

Bikee Bike’s “Lightest” kit follows on the heels of the company’s first kit known as the “Bikee Best” (they really don’t mess around with names, do they?).

The Best kit was a powerhouse of a mid-drive, easily able to propel e-bikes past speeds of 48 km/h (30 mph).

The new Lightest kit isn’t quite as powerful, but still offers up to 90 Nm of torque, meaning it can pull harder than pretty much any commercial European mid-drive motor such as those from Bosch or Brose. Only Chinese e-bike parts manufacturer Bafang offers stronger options in its M600 and M620 (Bafang Ultra) motors.

Bikee’s Lightest kit is available in a package that offers up to 1,200W of peak power (marketed as a 1,000W continuous kit), though the company is also offering lower power units with 250, 500 and 750W nominal motors. Even the lowest power motor is still quite strong though, with the company claiming that the 250W nominal motor actually puts out around 600-700W of peak power.

The motor bolts onto the existing downtube of a bike and is designed to fit most frames including mountain bikes, road bikes, cruisers, and more. Various adapters are available for different frame geometries.

As Bikee Bike founder Matteo Spaggiari explained in a statement sent to Electrek:

“After more than one year of development, I’m really glad to introduce to you the Lightest – the most compact, light and mid-drive ebike system. We have designed it without compromising on performance.” 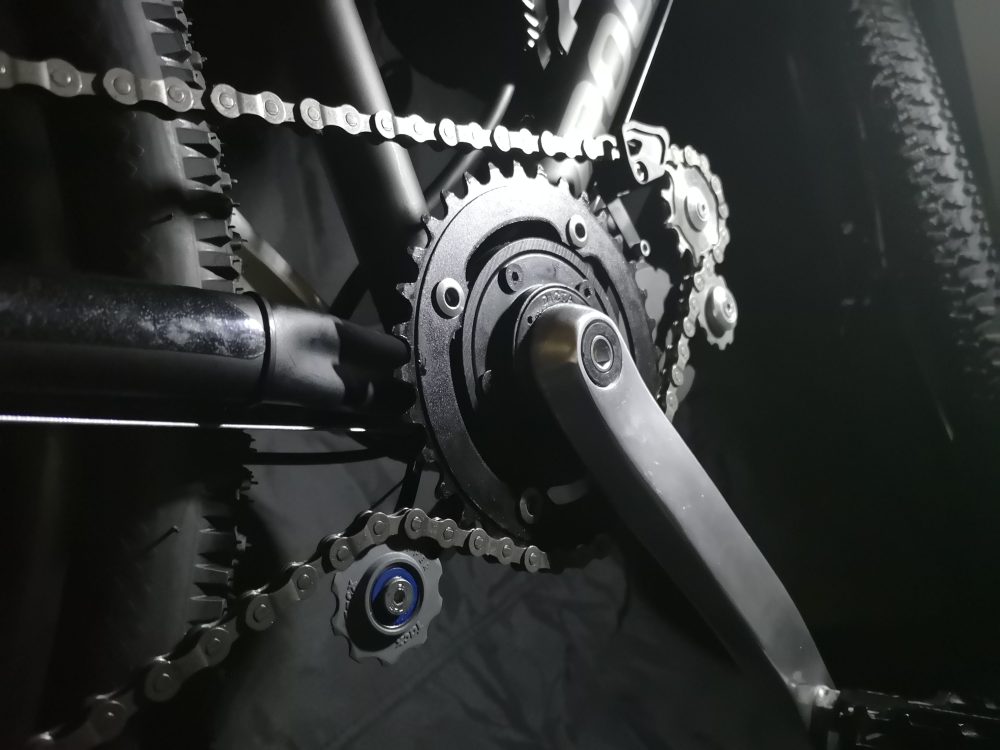 The kits also include batteries ranging from 250Wh to 840Wh, with the capacity increasing along with the power of the motor.

There is also the option to buy the 1,000W kit (1,200W peak) without a battery, allowing the rider to add his own high power battery.

With the number of high capacity batteries available online these days, that could make it easy to build a long-range mid-drive e-bike. 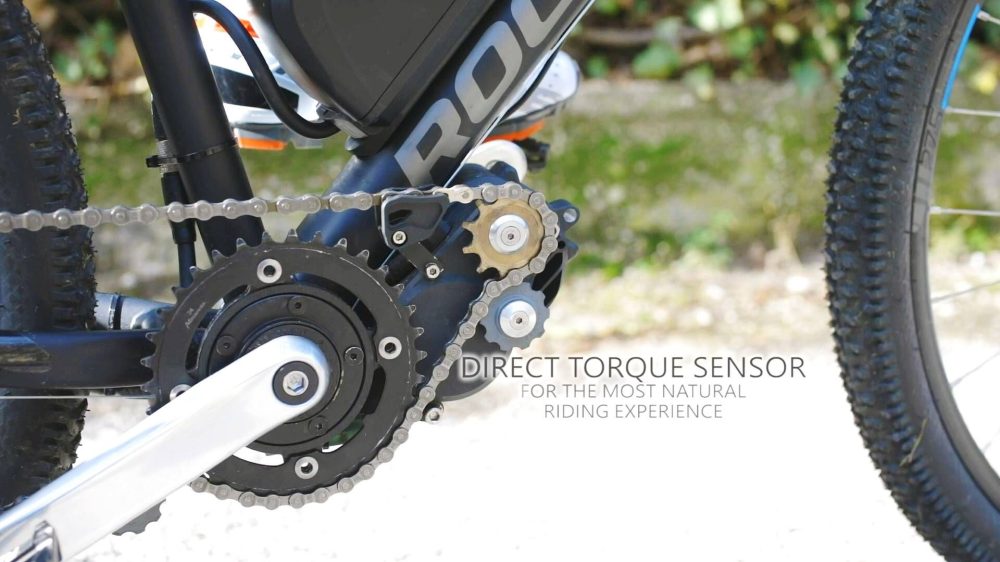 Despite rivaling some other kits we’ve tested in terms of low total weight, the Bikee Lightest kit includes a number of features that help make it a bit more premium. Not only is it designed and manufactured in Italy, but it also features a built-in torque sensor for smoother and more accurate pedal assist, a sine wave controller for quieter and more efficient power delivery, an LCD display and smartphone integration for increased rider specs with smartphone app display, an optional heart rate monitor to link the pedal-assist output to your body in order to maintain a constant heart rate level, etc.

The 1,000W kit even uses an ASI BAC800 controller, which is a fully potted and highly regarded e-bike controller worth around $300 by itself. That makes the $435 early bird price for the 1,000W kit (sans battery) all the more impressive. Adding the high capacity 840Wh battery will, of course, bump that price up though, bringing the total to $958. 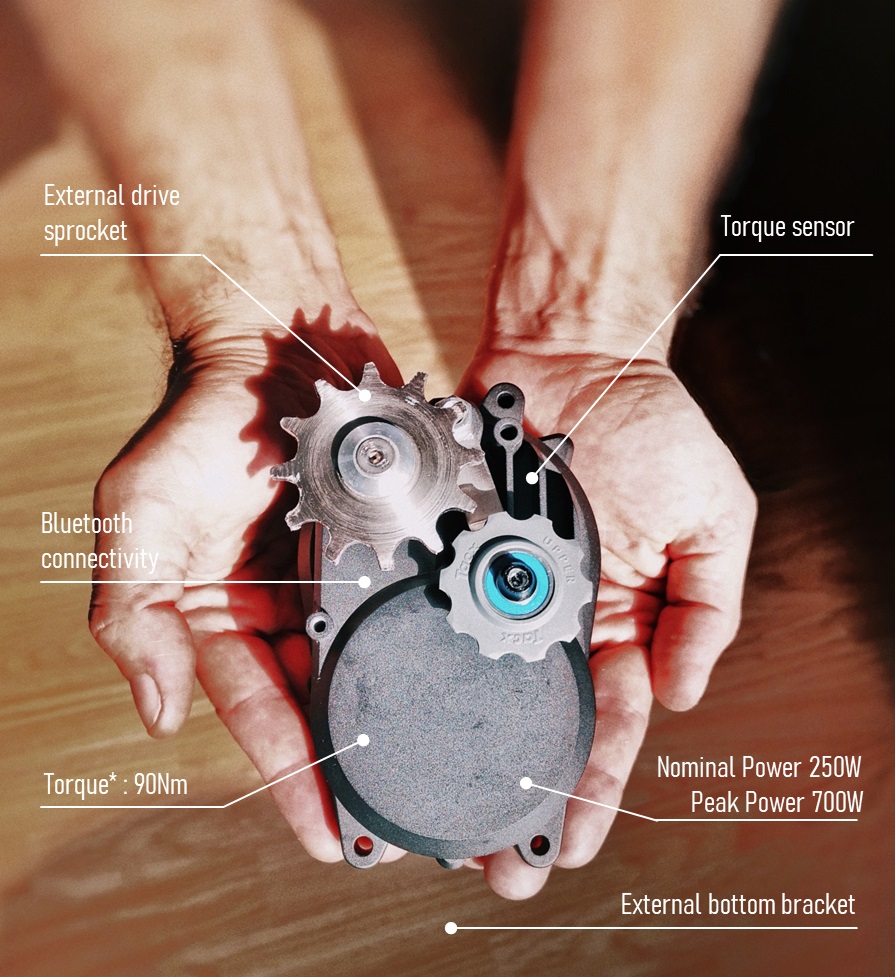 The 250W, 500W, and 750W kits with included batteries are priced at $543, $741 and $850, respectively. These prices are all for Indiegogo pledges, which is the platform Bikee Bike is using to launch the new Lightest kit. While we of course always give our readers a standard Indiegogo warning, since these are considered “pledges” as opposed to standard purchases via a conventional online store, Bikee Bike has previously employed crowdfunding and delivered on its promises. Plus, the company has been around since 2014 and has a long list of happy customers.

So while there’s always some risk when using a crowdfunding site to purchase an electric bike or e-bike conversion kit, sticking to companies that have a proven track record like this is a good way to stack the deck in your favor.

While the Bikee Bike Lightest is certainly more expensive than some other e-bike conversion kits on the market, its novel design, premium features, and European manufacturing might make it stand out from the pack.

What do you think? Let us know in the comments section below!