A new test of the Tesla Model Y Performance shows that it appears to have a more powerful powertrain than the Model 3 Performance despite the fact that they are both supposed to have the same powertrain.

Model Y and Model 3 supposedly share more than 75% of their parts.

The former is definitely bigger and has a different rear body, but the two vehicles are built on the same platform and they were expected to have the same battery pack and electric motors.

However, now that the first Model Ys are being delivered, owners are putting them through real-world tests and they are surprised by the Model Y Performance.

YouTuber Drag Times was surprised how close his Model Y Performance was to his Model 3 Performance on the quarter-mile and decided to dig deeper with an OBD link and an app to scan the vehicle’s data.

The results showed that both the Model Y’s rear and front motors had greater power output than the Model 3’s:

When graphed over time, you can see that while both vehicles start out with similar output, the Model Y is able to achieve a greater output and maintain it longer: 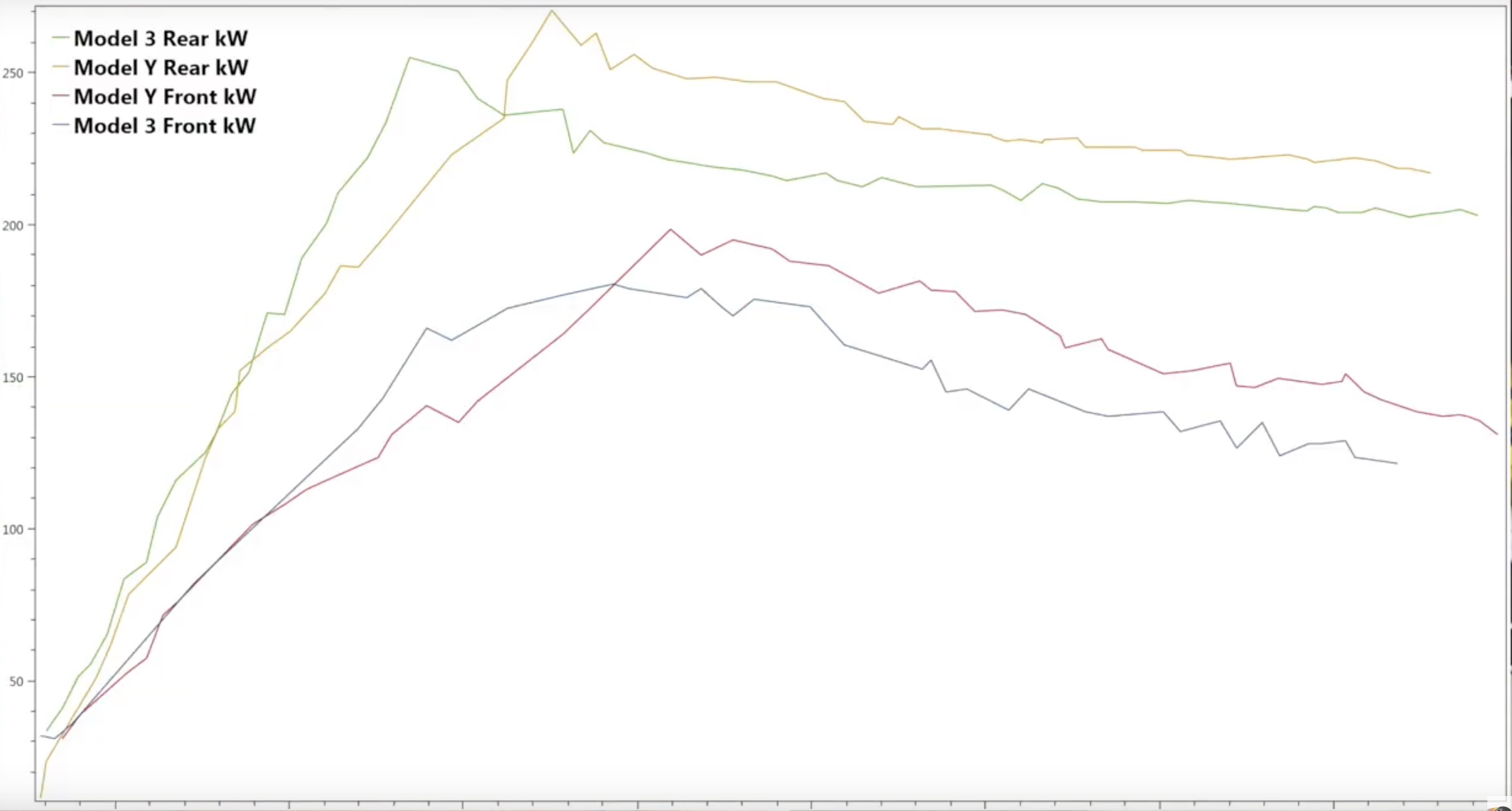 Here’s the full video of Drag Times’ tests of the power output of the Model 3 Performance vs the Model Y Performance:

OK, the Model Y is more powerful, now the question is how?

Do they have different powertrains? I doubt that. The whole point of the Model Y was to leverage the production capacity of the Model 3 and use the same platform with the same components.

If they are sharing more than 75% of their parts, I think they definitely have the same battery pack and drivetrain.

That would mean that Tesla could potentially later enable more power in the Model 3 Performance.

What do you think? Do you have any other theories? Let us know in the comment section below.