There have been Tesla vehicles in Iceland for years, but the automaker officially launched in the market in September of last year and now Tesla has already become the best-selling car brand in the country.

Albeit being sparsely populated with only ~350,000 people, there’s a significant concentration of population around Reykjavík and people have relatively short commutes that can be covered with most electric vehicles.

It helped the country increase EV sales over the last few years and while we are only talking about a few thousand plug-in sales in 2018, it represents over 15% of total car sales in the country, which is higher than in most other markets around the world.

Also, that was all before Tesla entered the market.

Some people were independently importing Tesla vehicles in Iceland, but the automaker wasn’t officially selling there or offering service.

That changed in September 2019 when Tesla officially launched in Iceland and started taking orders for Model S, Model X, and Model 3.

Tesla has since opened a store and service center in the country and the first shipment of vehicles arrived in March.

The automaker ended up delivering enough vehicles to make Tesla the best-selling car brand in Iceland so far this year (thanks to Arnór Kristjánsson for the translation): 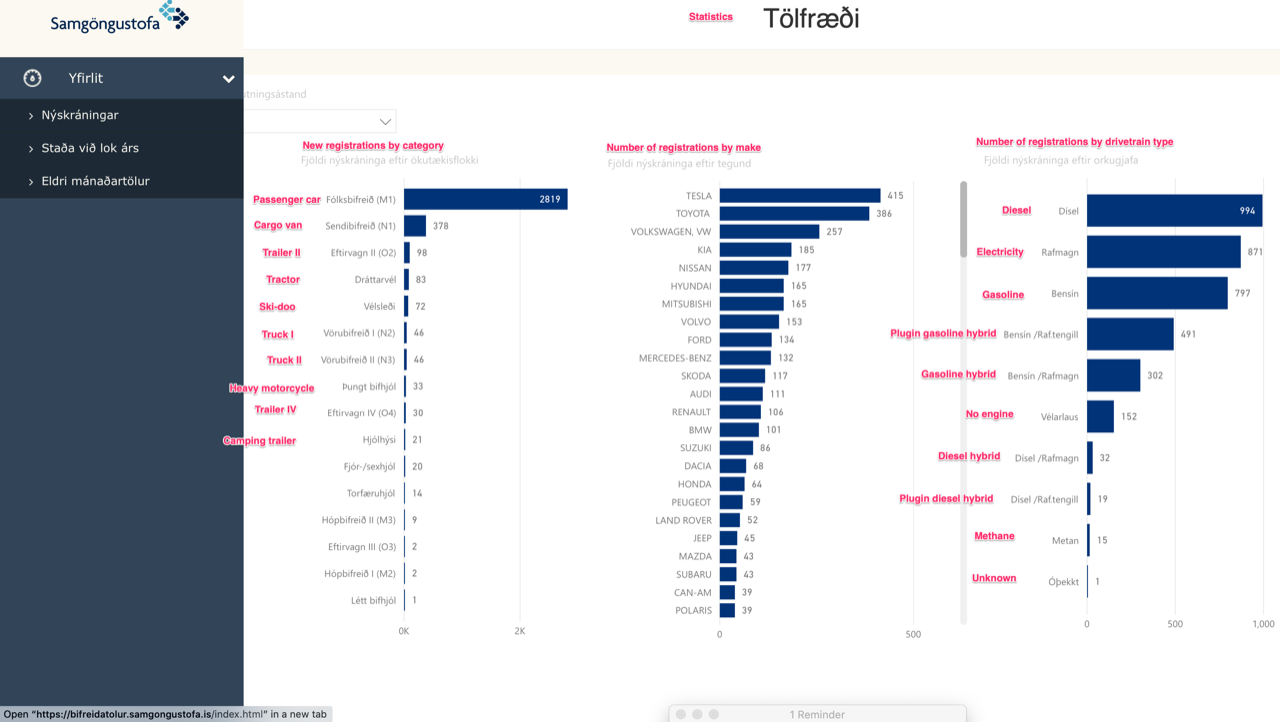 Iceland is expecting another large shipment of Tesla vehicles in the next 2-3 months.

The automaker is also planning to deploy 4 Supercharger stations around the country to enable Tesla owners to drive all around the coast of Iceland on renewable Icelandic electricity.

As we previously reported, Iceland also seems to have a strong interest in the Tesla Cybertruck.