Tesla is now officially launching in Iceland with its first (and likely only) location opening in the country and orders for Model S, Model X, and Model 3 can now be placed online.

Albeit being sparsely populated with only ~350,000 people, there’s a significant concentration of population around Reykjavík and people have relatively short commutes that can be covered with most electric vehicles.

It helped the country increase EV sales over the last few years and while we are only talking about a few thousand plug-in sales last year, it represents over 15% of total cars sales in the country, which is higher than in most other markets around the world.

Tesla officially selling its cars in the country should help boost the percentage significantly.

The automaker made the announcement last night:

We say “officially” because there are already a few Tesla vehicles in Iceland that were imported by private owners.

In markets where Tesla doesn’t officially sell its vehicles, some people decide to buy the car in another country and import it.

This comes with some issues like service accessibility and sometimes problems with Tesla’s connected features since the automaker didn’t make a deal with a network provider in the market.

In 2017, Tesla owners in Iceland made a plea to Tesla to have a service center:

Tesla started sending them mobile technicians on occasions, but it was a less than ideal solution.

Earlier this year, we reported that Tesla was preparing to open a service center in the country as it started hiring service technicians. 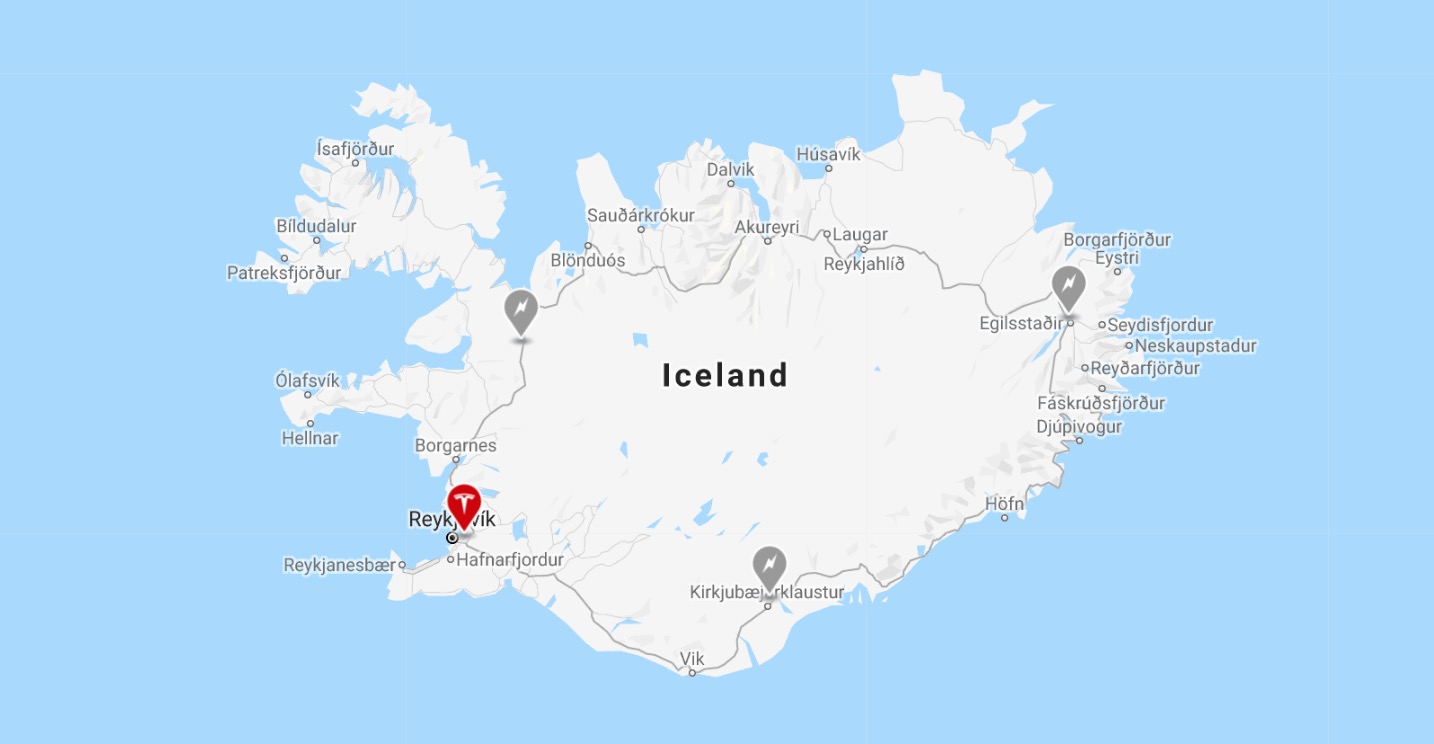 Now Tesla has officially opened its new location in Reykjavík and it is planning 3 Supercharger stations around the island to allow Tesla owners to travel anywhere in Iceland.

Obviously, it’s a very small market that won’t bring any kind of significant volume for Tesla, but it’s still interesting because I believe it will help accelerate EV adoption, which has already been strong in Iceland.

We could see the island go all-electric really quick.

They also get a decent amount of tourism. Once the Supercharger network is online there, I think it will be neat for someone to start a Tesla rental service there to offer tourists the option to tour the island in a Tesla.