Rivian gives an update on its electric pickup truck factory

Rivian has shut down all its facilities, including its auto factory in Normal, Illinois, but it is sharing an update on the progress made at its electric pickup truck factory before the current crisis.

Over the last five years, there has been a lot of money pouring into the electric vehicle startup space.

However, it hasn’t resulted in many vehicles reaching production as the main EV startups, like Faraday Future and Lucid Motors, have been plagued by delays and other issues.

Rivian has differentiated itself by focusing on its core EV technology and manufacturing plans before ever unveiling and marketing its electric vehicles or even coming out of stealth mode.

The startup was founded by CEO RJ Scaringe, an MIT graduate, and it has been in stealth mode since its inception in 2009 up until 2017 when they took over a shuttered Mitsubishi factory in Normal, Illinois.

Since then, they have unveiled their R1T electric pickup truck and R1S electric SUV built on the same platform, and they have been retrofitting the factory to produce those electric vehicles.

Due to the coronavirus crisis, Rivian has stopped work at the factory, but employees are still working from home.

They wrote in an update today:

The world has changed a lot in these last few weeks. We’ve shut down all Rivian facilities to protect our team and to help slow the spread of COVID-19. While this situation has required us to redefine workflows and rethink the ways we collaborate, it hasn’t stopped us from making progress. From living rooms, kitchen tables, backyards, basements, and newly cleaned out closets, our team is continuing to work hard toward bringing our products to life. This evolving new reality is not without impact on our program timing. While we expect some level of delay, we are working to minimize the disruption to our launch schedule and as we better understand the extent of the impact, you will be the first to know.

Before shutting down the factory, they made a video report of the progress at the plant for its internal teams:

Just before temporarily shutting down our facilities, we made this internal video progress report so our team across all locations could see how far the plant has come. We can’t wait to get back in there.

Now they decided to release the video to the public, giving us a rare look inside the factory:

Rivian has been aiming to start production at the factory later this year in order to deliver its first vehicles by the end of the year.

This update is appreciated. We get a good look inside the factory and at some significant progress, like the installation of the giant press to make body parts:

But I have to say, the factory also looks quite empty for a facility that is supposed to start producing full vehicles by the end of the year: 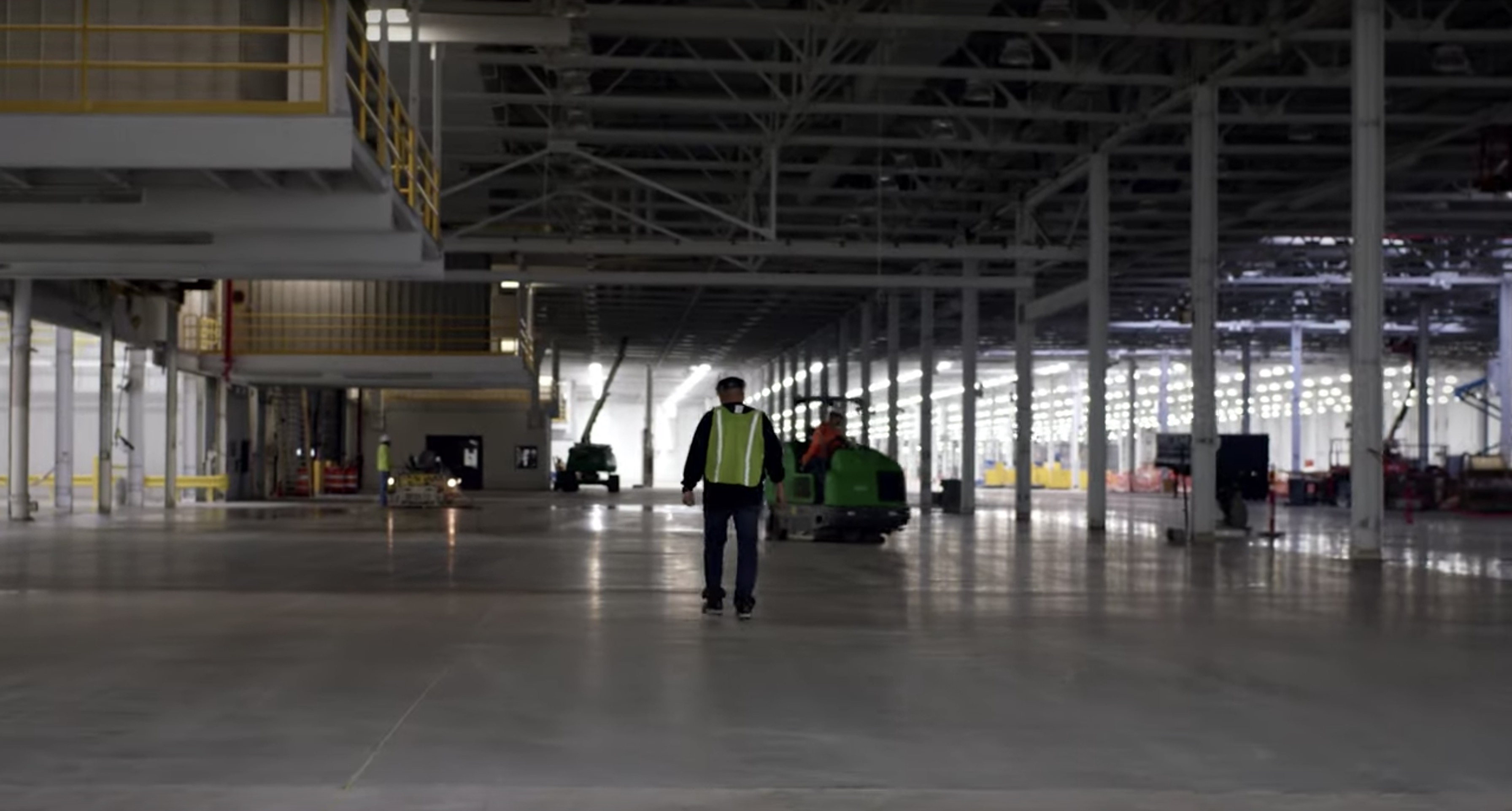 But it’s a big factory, and they might not be showing us everything; the empty space might be for future production capacity.

Either way, I am happy that we are seeing a shuttered plant that was producing gasoline cars being transformed into an electric vehicle factory.

Hopefully, they can stick to their schedule to achieve volume production by the end of the year, despite the current pandemic crisis.