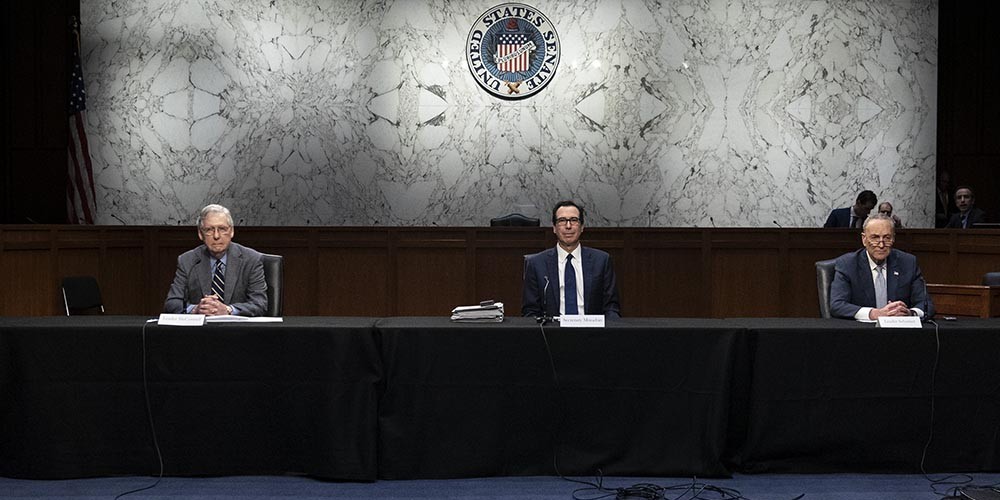 Senate Democrats and Republicans disagree about the latest stimulus package in response to the coronavirus pandemic. They are now frantically negotiating and aiming for a noon Eastern time vote. Here’s where energy and transport stand.

Reported by Politico, here’s an overview of the problem:

According to a senior Democratic aide, the party’s concerns with the GOP proposal center on $500 billion for corporations; stock buyback language that can be waived by the Treasury secretary; only a two-year time frame on executive compensation limits; and no provisions to protect individuals from eviction.

Democrats also object to what they say is an insufficient amount of money for state and local governments and providing only three months of unemployment insurance. Democrats initially asked for $750 billion in state aid, and Republicans have countered with far less.

Regarding transport, the bill provides more than $50 billion for airlines, $10 billion for airports, and $1 billion for Amtrak, with half of rail money going to the northeast corridor. Transit systems would receive $20 billion in grants.

The funding for the emergency stockpiles had been requested by the Trump administration for the purchase of up to 77 million barrels of crude oil to support the domestic industry and boost reserves at cheap prices.

The coal industry wants, among other things, “a $220 million cut to a tax aimed at covering beneficiary payments for black lung disease in miners.”

And as for Democrats’ and renewable companies’ requests for tax credits for solar, wind, electric vehicles, and batteries? They get nothing. Zilch.

The Center for Biological Diversity slammed Republicans for ‘trying to steer hundreds of billions to the fossil fuel industry with no strings attached, jeopardizing critical financial relief millions of Americans need.’

What a terrible missed opportunity in this latest stimulus package to make long-term improvements to our environment and reduce emissions.

The medical industry absolutely must come first. But as we wrote on Friday, pollution causes more deaths annually than the coronavirus will in total.

If you work in the renewables industry, we’d love to hear from you on what’s going on with your businesses, your jobs, and your thoughts about this latest stimulus package. You can email me at michelle@9to5mac.com, or leave a comment below. Hang in there.