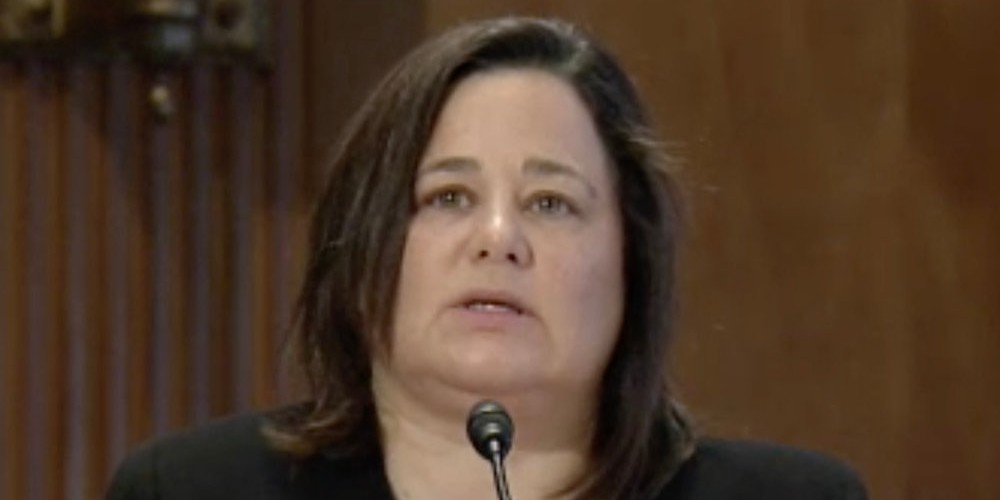 Donald Trump has nominated Nancy B. Beck to head up the Consumer Product Safety Commission (CPSC), an independent federal agency responsible for — as the title says — consumer product safety.

For more than five years, Beck was a senior director at the American Chemistry Council (ACC), the chemical industry’s main lobbying group. She then joined the Environmental Protection Agency (EPA) in May 2017 as deputy assistant administrator of the Office of Chemical Safety and Pollution Prevention and was promoted to principal deputy assistant administrator in December 2018.

The current CPSC head is Elliot F. Kaye, who was sworn in in July 2014 during the Obama administration. Kaye’s tenure expires in October 2020.

Beck has been accused of using her governmental power to dismantle regulations and advance the chemical industry’s interests. On February 25, 2019, ThinkProgress published email exchanges from August 4, 2017, obtained by the Sierra Club through the Freedom of Information Act. The emails were between Beck and Komal K. Jain, an ACC senior director, who asked Beck about a job for her husband. Beck replied that “there is a hiring freeze (unless he wants to be a fellow :)), so I think political is the most workable.”

In other words, environmental groups and the press are very concerned about the coziness that now exists between the EPA and the ACC, and they feel that Beck played a big part in establishing that relationship. On May 2, 2017, the Environmental Working Group (EWG) published, “The Scariest Trump Appointee You’ve Never Heard Of” about Beck. The EWG is a nonprofit public health advocacy organization.

The New York Times wrote a feature on October 21, 2017, about Beck headlined, “Why Has the EPA Shifted on Toxic Chemicals? An Industry Insider Helps Call the Shots.”

Beck left the EPA in June 2019 for the White House (it doesn’t say this on her LinkedIn page), and her CPSC nomination was announced this week.

Environmental groups such as the EWG and the Environmental Defense Fund think Beck’s CPSC nomination is a really bad idea. Ken Cook, president of the EWG, said:

Nancy Beck is the last person who should be in charge of safeguarding the American people from dangerous products.

The Senate Committee on Commerce, Science, and Transportation will consider Beck’s nomination before it goes to the Senate floor for a vote.

Wonder how the Senate vote is going to turn out.

This reeks of conflict of interest, so it’s business as usual in the Trump administration. Scandal-ridden former EPA head Scott Pruitt, who resigned in disgrace, had previously been attorney general of Oklahoma. He had multiple ties to the oil and gas industry in that role and bragged about suing the agency he eventually headed up.

Pruitt was replaced by Andrew Wheeler, a former coal lobbyist who worked with Murray Energy CEO Bob Murray and was once an aide for Jim Inhofe (R-OK), an outspoken climate-science denier in the Senate.

No reason was given for Beck’s departure from the EPA into her White House role as a policy adviser.

Seems like there are a lot of fossil-fuel and corporate foxes guarding regulatory governmental henhouses these days.