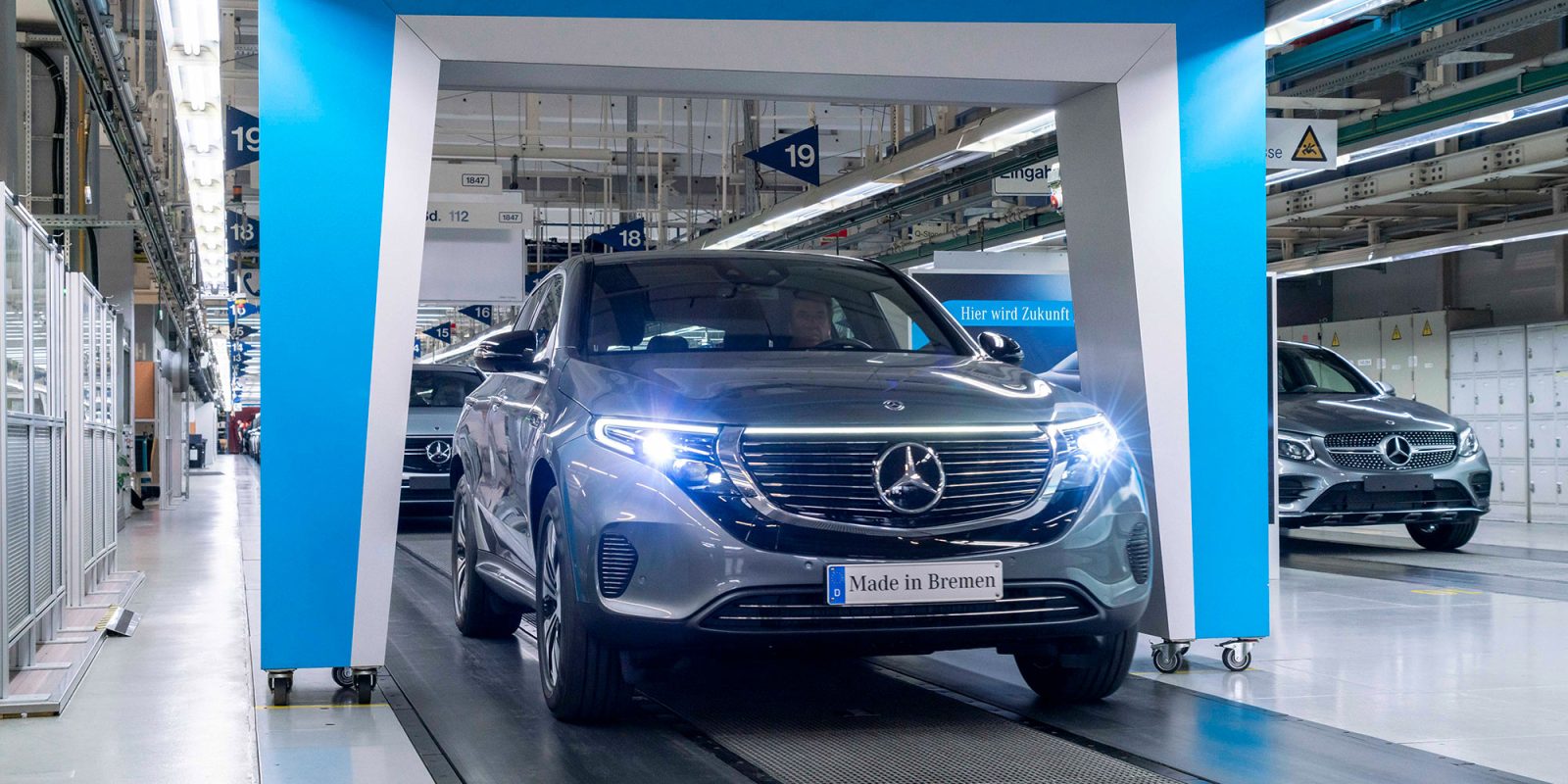 Last week, Daimler CEO Ola Källenius said “it will be a challenge” meeting 2020 and 2021 stricter emission targets in Europe. That left the question about how the maker of Mercedes-Benz vehicles would get below 95 g/km of CO2 (with 95% phase-in for 2020) to avoid paying steep fines. In an email to Electrek, a company spokesperson said it “plans to quadruple the share of plug-in hybrids and fully electric vehicles in total sales in 2020.”

“The [quadrupled percentage of sales] is linked to a further increase in the company’s own battery production. Batteries for electric vehicles will be manufactured in nine plants at seven locations on three continents.”

For vehicle production, Daimler’s plant in Bremen, Germany, will be a primary location. That’s where the Mercedes-Benz EQC is produced. The company denied reports about production getting cut in half. “We are continuing with our plan to produce approximately 50,000 EQC units in 2020,” the company confirmed in an email to Electrek.

“There will be another all-electric Mercedes-Benz EQ model, which will be produced in Bremen. By the end of 2022, we will have introduced more than 10 all-electric vehicles.”

The company did not specify the name of the other vehicle to be produced in Bremen. The electric EQA, based on the second-generation GLA crossover SUV, will be made in Bremen. It will be launched in fall 2020.

The other EV to be made in Breman could be the EQA or one of the following: the EQS sedan, EQB subcompact crossover, EQE C-Class-sized car, EQV minivan, or even the Smart EQ. We are waiting for confirmation.

News about a new EV coming out of the Bremen plant was first reported on Feb. 15 in Germany’s Weser Kurier:

“It is now clear that significantly more hybrid vehicles will be built this year, and the production of the EQC will continue to ramp up.”

Daimler explained that the range of Mercedes-Benz models would “include numerous variants with a plug-in hybrid drivetrain and 48-volt technology.” 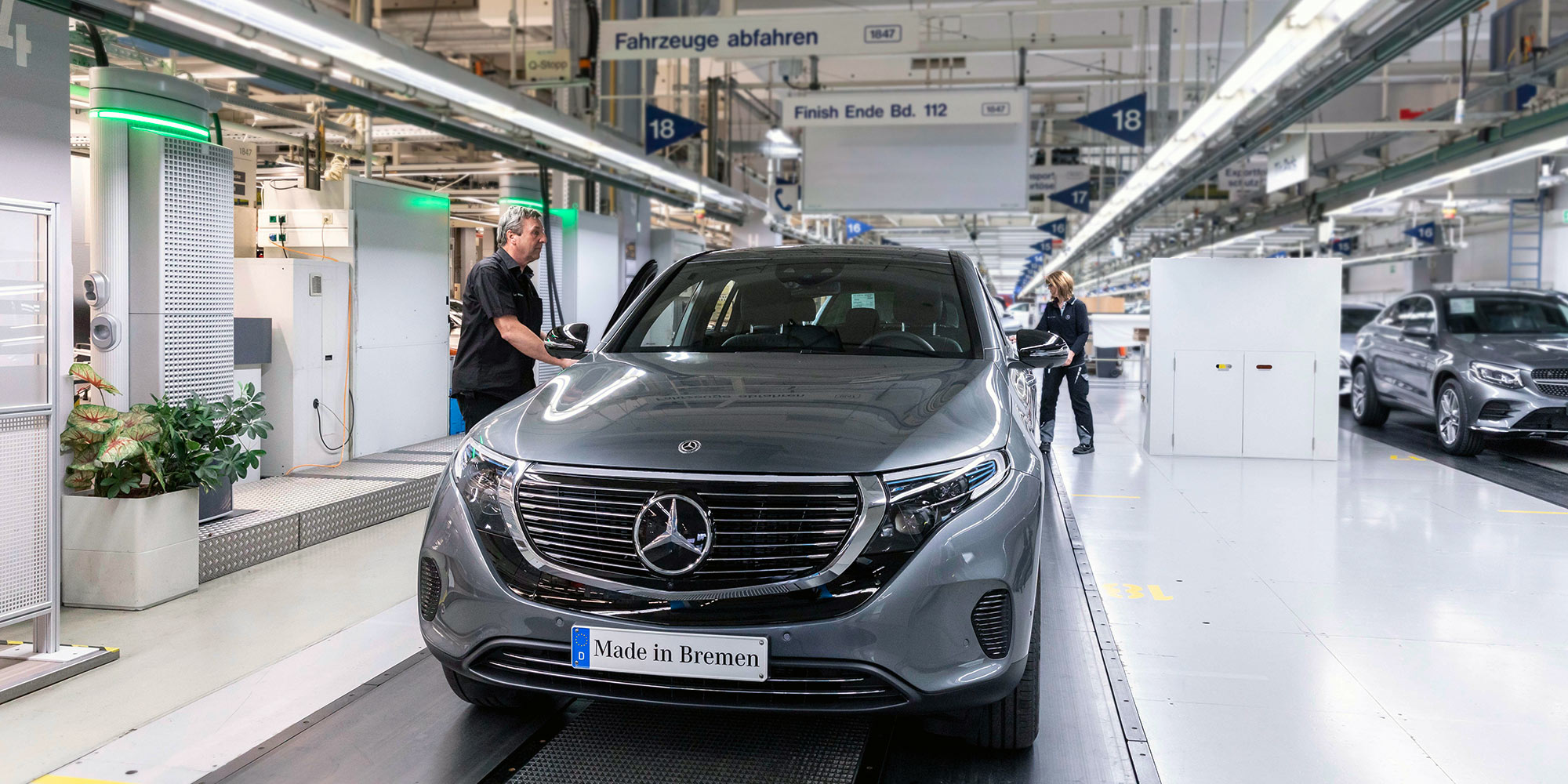 Michael Peters, chairman of the Works Council in Bremen, said:

“We are now going to talk about completely different quantities. It really starts. We are right on schedule.”

Weser Kurier said that employees from other locations could move to Bremen. Any overall reduction in employment is not related to making EVs versus combustion cars. Automation and efficiency require fewer employees, regardless of powertrain.

Daimler is not alone in its struggles to meet the CO2 targets. PA Consulting, in a January report, said that all 13 automakers that it evaluated are expected to fall short. The firm noted that Daimler could face about $1 billion in fines.

Based on Daimler’s news that it will quadruple the share of EV and PHEV sales this year, it appears the company is taking the CO2 goals seriously. We will continue to investigate what this step could mean in terms of Daimler’s carbon reductions and how other automakers will attempt to meet the strict EU regulations.

We reached back to Daimler to find out if the increase in EV and PHEV take-rate is only in Europe (which is the likely case) or for global sales. Stay tuned.