Tesla can sell in Colorado, but Rivian can’t. Dealers oppose a new law to change that

A new bill, SB 167, has been introduced in Colorado which would allow electric vehicle manufacturers to bypass the state’s direct-sales ban.

The ban was first passed in 2010, which means Tesla’s store in the state is “grandfathered in,” though Tesla is not allowed to open other stores.  It still has several locations in the state, but these are technically “galleries”

Colorado’s ban was originally passed in response to the GM bankruptcy in 2009.  The intent was to save local dealerships that might have lost their license during the bankruptcy.

This is different than a lot of other sales bans across America.  Many other state sales bans are decades old and were put into place to protect local dealerships from being out-competed by manufacturers as the companies grew to the point where they could open their own dealerships and undercut local businesses that had spent a lot of time and capital building up their business.

Tesla has had a different sales model from the beginning for several reasons.  Tesla grew up in the age of the internet, so they can sell their cars more easily that way instead of having a local dealer in every city.  This is important for a small manufacturer because it’s hard to have a sales presence everywhere and existing dealers might be dismissive to a new small brand.

This is especially true when dealers need specialized training to answer questions about electric vehicles.  Even for brands that do sell electric cars, the EV dealership experience isn’t great.

(Incidentally, we ran a story earlier today about VW needing to give extra funding to dealers to encourage them to sell EVs.  Lack of dealer support is a constant issue in the EV world.)

So early on, Tesla hired Retail VP George Blankenship who formerly set up Gap and Apple’s retail sales models.  The company set up their own stores in high-traffic areas, with specialized staff, leading to a better retail experience.

Colorado was one of the first states Tesla targeted, because it is relatively wealthy, progressive-minded particularly on environmental issues, and at the time had a very good state rebate for EV ownership (half of the price of the car up to $5,000).  They opened a store there before the 2010 law went into place, which meant they were grandfathered in.

The state has been supportive of Tesla and EVs in many ways since then.  At the beginning of this year, Colorado officially adopted California’s ZEV mandate as a response to the US EPA’s ridiculous meddling in fuel economy laws.  Governor Jared Polis is in favor of SB 167.

Rivian is looking to follow a similar model as Tesla, as the model makes sense for them as well.  But they don’t fall under the same exception as Tesla in Colorado law, so they need this new bill to pass.

Colorado is important for Rivian.  The state is one of the larger electric vehicle buyers in the US, coming in fourth place in per capita EV sales.  It’s also full of exactly the kind of adventure truck/SUV buyers Rivian is targeting with their R1T and R1S.

Rivian even planned to open their first store worldwide in Colorado according to James Chen, Rivian’s VP of Public Policy (who former held the same post at Tesla).  The company favored a bill that would allow direct sales for manufacturers that exclusively build EVs, but that bill failed last year in the legislature putting Rivian’s store plans in jeopardy. 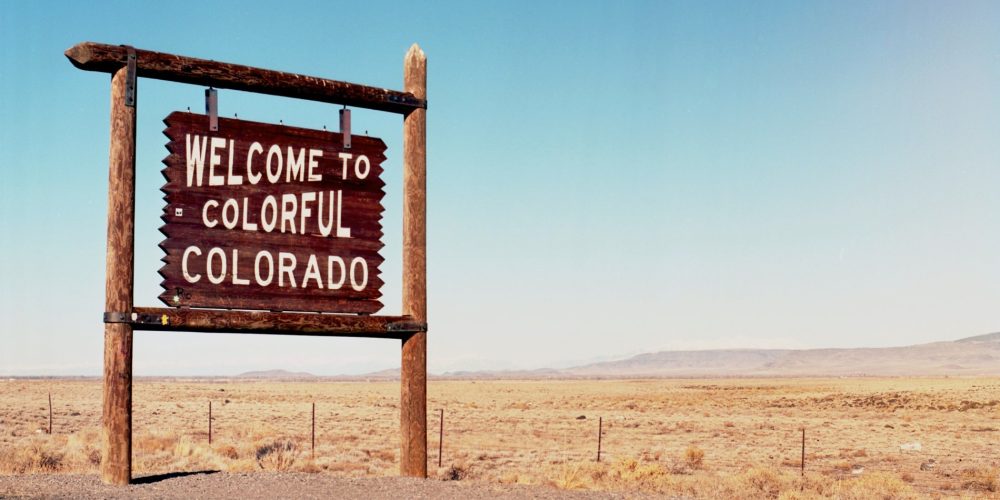 Last year’s bill wouldn’t apply to any manufacturers that also produce ICE cars.  This year’s bill has been modified such that ICE manufacturers could open a dealership to sell their own fully electric cars, but no hybrids or ICE cars.

Dealership associations don’t like the Tesla/Rivian model because they see it as a threat to their business.  State dealership associations are also politically powerful, with a lot of money for lobbying and a lot of local jobs supporting their businesses.  Legislators in many states loathe getting on their bad side lest they lose political contributions and votes from dealer-tied constituents.

Tim Jackson, the CEO of Colorado’s dealer association (who describes himself as a “futurist” and yet is consistently negative about electric vehicles) says “this bill is a solution in search of a problem” and that it would jeopardize dealers’ investments.

He says that state law already allows manufacturers to open their own dealerships if they have no others in the state and that a new law isn’t necessary.  But the law is ambiguous – it allows for that “and” grandfathers in manufacturers who had stores before 2009.  It could be interpreted that both are required, so SB 167 strikes that pesky occurrence of the word “and” from Colorado law.

If the current law were interpreted in that way, then there certainly is a problem.  If Tesla is the only EV startup allowed to sell cars in Colorado, that gives them a big unfair advantage over any other EV maker.  This is a strange position for Tesla to be in, since many other states ban their dealerships, giving them an unfair disadvantage.

For the most part, public opinion is in favor of the EV manufacturers, not the dealers.  Car dealers are consistently rated one of the least trustworthy professions in America, below marketing people, insurance salespeople, and members of Congress.  Not a lot of people love going to car dealerships and the experience of talking to a knowledgeable employee at a small manufacturer’s mall store is much less nerve-racking than venturing into the wilds of a car lot for a haggling battle.

But that hasn’t led to much success for Tesla legislatively.  More direct sales bills have failed than have succeeded, and Tesla is still “locked out” of owning dealerships in many states.  The company has found ways to deliver cars in all 50 states anyway, by working around dealer bans by transacting cars in nearby states and shipping them through third parties.

But that took a lot of effort to set up and jumping through loopholes just makes things more complicated for no particular reason.  Rivian, and other EV manufacturers, would be better off if they could skip that effort and just sell their products.

If you’re a Coloradan who would like to comment on this pending law to your state legislator, you can find their information here.