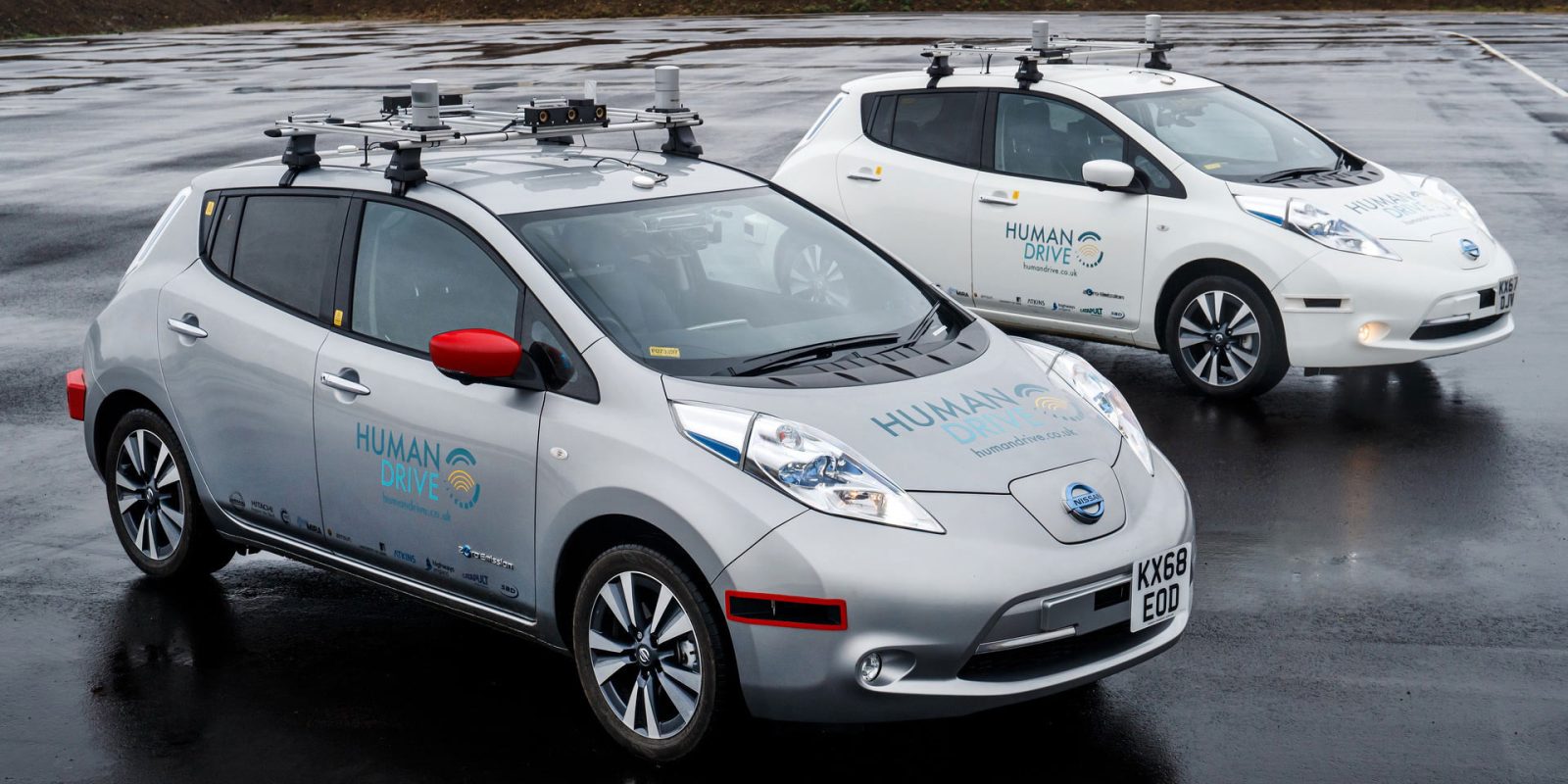 While the EV revolution is in full swing, the shift to highly automated driving is still at least a few years away. That self-driving future got a tiny bit closer this week after a modified all-electric Nissan Leaf completed a difficult 230-mile journey autonomously in the UK.

The journey began at the Nissan’s European technical center in Cranfield in southern England and ended at its Sunderland factory in the northeast.

Reuters reported that the modified Leaf was equipped with eight lidars, seven cameras, advanced GPS, and radar sensors around the vehicle. The auto industry is still unsettled on the ideal sensor suite, and whether or not a camera-based system can function as well as cars using expensive lidar sensors.

The electric Leaf that made the UK journey was able to handle roads with little to no markings. And it managed to navigate complicated roadway structures like roundabouts and junctions.

“The vehicle is much more aware of what is happening in that surrounding area than possibly a driver would be because of the amount of sensors which are continually monitoring the environment.”

“Other drivers around the vehicle would not have noticed that the vehicle is actually fully autonomous.”

The journey as part of a project called “HumanDrive.” A consortium of public and private technology companies, including Nissan, to test the limits of autonomous driving.

It could be several years before the most robust self-driving technologies are highly commercialized, despite promises by Tesla that in 2020 it will release its full self-driving system. Cruise, a subsidiary of General Motors, last month unveiled the Origin, its fully autonomous vehicle that lacks a steering wheel and pedals.

Meanwhile, Nissan is deploying lower levels of autonomy with multiple models equipped with ProPilot, an assistive driving technology. ProPilot, like Tesla’s AutoPilot and GM SuperCruise, is primarily designed to enhance a driver’s control by assisting with steering, acceleration, and braking. The idea is to improve safety while helping reduce driver stress and fatigue.

Nissan started testing self-driving Nissan Leafs as early as 2013. The company deployed self-driving test vehicles in Europe in 2017. Nearly every major automaker has parallel programs for electric and autonomous vehicles.

Nadhim Zahawi, a business minister in the UK government, said this about the Leaf’s 230-mile driverless journey:

“Safely completing the longest autonomous drive in Britain is an incredible achievement for Nissan and the HumanDrive consortium, and a huge step towards the rollout of driverless cars on UK streets.”

“This project is a shining example of how the automotive industry, working with government, can drive forward technology to benefit people’s mobility – while helping to slash carbon emissions.”

The Nissan Leaf was the world’s third most popular EV in 2019.