Another 1.5kW high-power e-bike enters the ring with the 37mph Nireeka Prime

The Bafang Ultra mid-drive electric bike motor is famous for its ridiculous level of power and torque. Once a rarity, the motor is starting to pop up in an increasing number of electric bikes. The latest is the Nireeka Prime, an e-bike that is almost as far out there as its motor.

While the Bafang Ultra motor (officially known as the Bafang M620 drive unit) often gets a label of 1,000W, it’s actually putting out around 1.5kW of peak power on a 48V battery.

Add in the 160 Nm of tire-shredding torque, and it’s plain to see how over the top this motor is, which only ratchets up the fun.

We had a blast visiting Frey Bike in China and seeing how they build high-performance electric bikes with this Bafang Ultra motor.

And ever since, it seems like the motor is popping up on e-bikes everywhere we look.

Earlier this week, we saw the new Jeep e-bike make its unveiling with the Bafang Ultra motor. And now we’re getting a look at Nireeka’s latest high power e-bike sporting the motor, the Nireeka Prime. 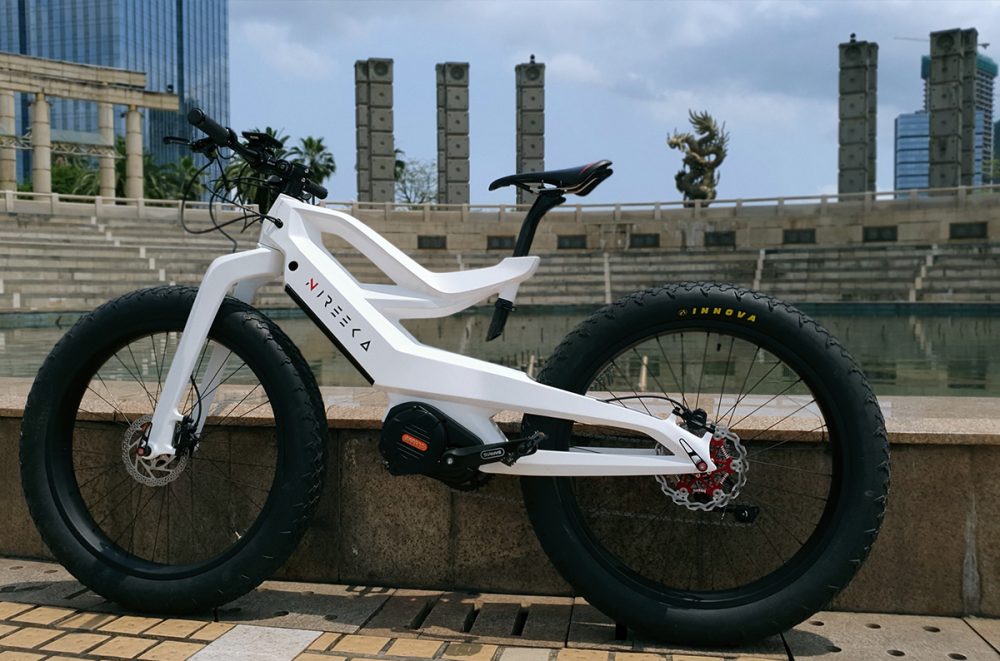 The bike’s carbon monocoque frame is certainly a unique head-turner. And while it doesn’t offer suspension, it at least rides on 4-inch fat tires that should add some comfort back in to the ride.

The Prime’s mid-drive motor is capable of propelling the bike up to 37.5mph (60 km/h), according to the company. And while the bike is described as “lightweight,” it still weighs in at 57lb (26 kg). Though to be fair, with heavy parts like that big motor and dual fat tires, I would have expected the bike to be even heavier. The motor alone weighs over 11lb (5.3 kg), to put that into perspective.

Oddly enough, the Nireeka Prime features a smaller 160mm disc brake rotor on the front with a larger 180mm disc brake rotor on the rear. Generally the front disc is larger because more braking force is applied to the front wheel of a bicycle or motorcycle. Nireeka does offer the option to upgrade to larger 203mm discs. And the brakes are Shimano hydraulics, so they should give strong braking performance either way. But larger discs of course give better braking power and also help prevent the brakes from overheating on long descents.

The Nireeka Prime comes with a 48V 10Ah battery, but its 480Wh total capacity is less than impressive for a bike of this size and power level. Fortunately, there’s a battery upgrade option for an 840Wh battery. That’s the minimum I’d want on a bike like this, though pedal assist does help e-bikes get away with less battery capacity. Speaking of pedal assist, that appears to be the only option. Nireeka makes no mention of a throttle, and it is not visible in any product shots, despite a throttle being a common option with this powerful motor.

The company rates the Nireeka Prime for 31 miles (51km) of range with the standard battery pack, a figure that is only possible when using pedal assist. Upgrading to the larger battery should help the bike achieve up to 50 miles (80km) of range, according to Nireeka.

The company is currently crowdfunding the bike on Indiegogo, where it is collecting $100 deposits toward the $1,999 sale price (marked down from a supposed $3,999 MSRP).

And while Indiegogo crowdfunding campaigns of course require a bit of due diligence and faith on the part of backers, this isn’t Nireeka’s first rodeo. The company previously crowdfunded and delivered their first electric bicycle, the Homie, a couple years ago. So this isn’t a pop-up company. 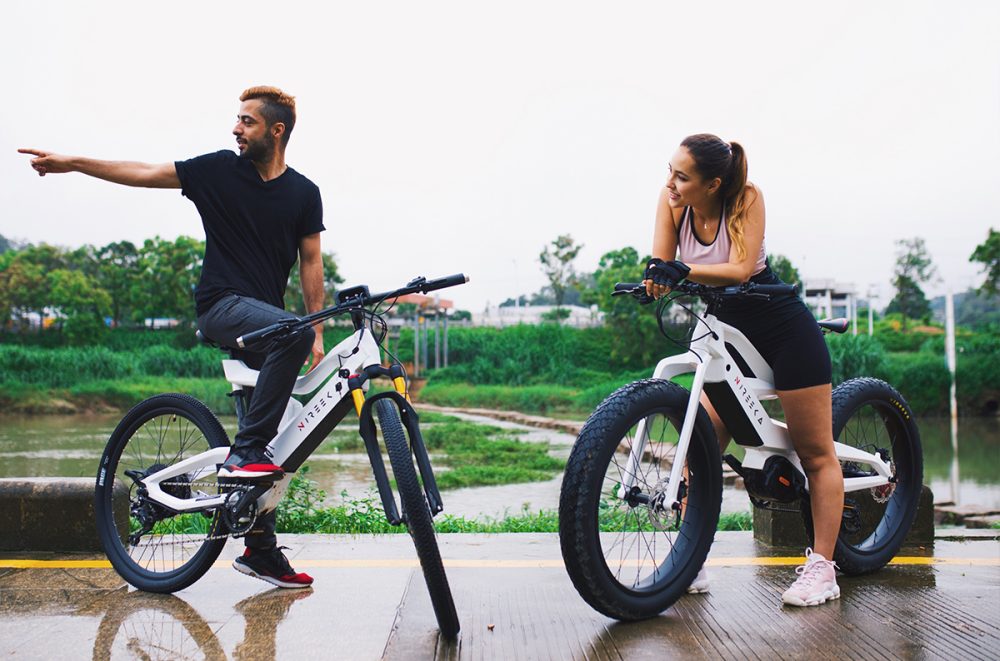 They collected $1.8 million from 4,500 backers and delivered bikes to over 50 countries. That doesn’t necessarily mean that your deposit is safe, but it might make some feel a bit better knowing the company has a proven track record and ability to deliver.

What do you think of the Nireeka Prime? Let us know in the comments below!