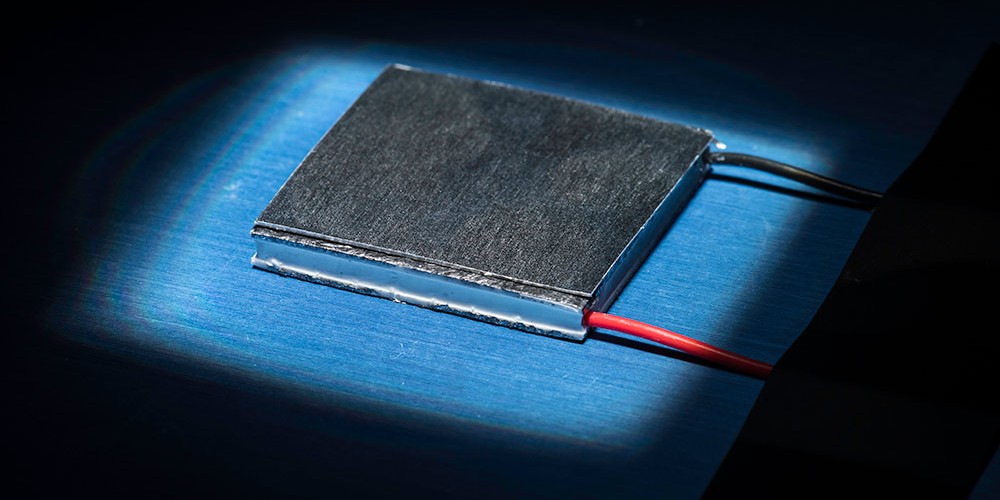 Researchers at the University of Rochester have created highly efficient solar power generators using lasers (pictured above), according to a paper titled, “Spectral absorption control of femtosecond laser-treated metals and application in solar-thermal devices” published in Light: Science & Applications.

They “used powerful femto-second laser pulses to etch metal surfaces with nanoscale structures that selectively absorb light only at the solar wavelengths, but not elsewhere.”

After experimenting with various materials, the researchers found that tungsten had the highest solar absorption efficiency when treated with the new nanoscale structures. This surface not only enhances the energy absorption from sunlight but also reduces heat dissipation at other wavelengths.

Professor Chunlei Guo, professor of optics and an author of the paper, says that it makes “a perfect metallic solar absorber for the first time. We also demonstrate solar energy harnessing with a thermal electric generator device. This will be useful for any thermal solar energy absorber or harvesting device.”

The work was funded by the Bill and Melinda Gates Foundation, the Army Research Office, and the National Science Foundation.

You can learn more about this project in the below video:

Northern Powergrid, which distributes electricity in Northeast England, Yorkshire, and northern Lincolnshire to 3.9 million homes and businesses, has launched AutoDesign. It’s a free online tool that identifies the best new EV charging point locations, as well as budget estimates and a timescale of new connection installations. Anyone can use AutoDesign.

AutoDesign will provide real benefits and an enhanced level of real-world insight. It will enable local authorities, EV installers, and business planners to see, in a matter of minutes, the best locations to install chargers and the associated cost. This newly available network data intelligence will significantly improve the EV connections process and help accelerate the clean transport transition.

The Tennessee Valley Authority (TVA) shut down its last operating unit at its Paradise Fossil Plant in Kentucky this week. Paradise was one of TVA’s biggest coal plants.

Despite objections from Senator Mitch McConnell (R-KY) and Donald Trump, the TVA board voted in February 2019 to halt the last Paradise unit, along with the Bull Run Steam Plant near Oak Ridge by 2023.

TVA spokesman Jim Hopson told the Chattanooga Times Free Press that “TVA has expanded its nuclear generation for its baseload capacity, and gas and renewable sources are better suited and cheaper for meeting power peaks.”