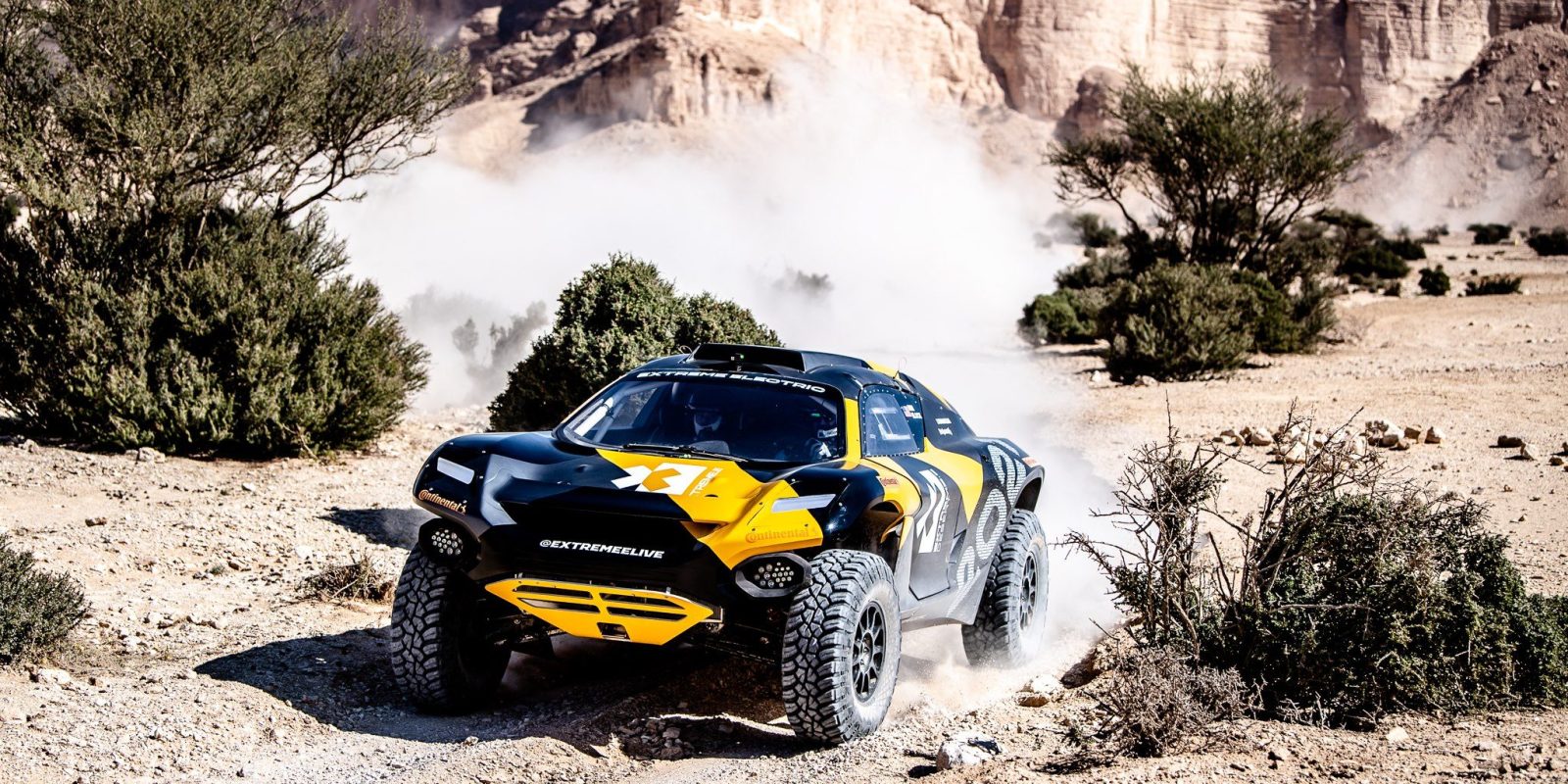 Extreme E has released an onboard video showing their Odyssey 21 electric rally car racing on an actual Dakar Rally stage.

The idea behind Extreme E is to bring electric rally racing to remote parts of the world which are already damaged by climate change.  Races have so far been announced in Senegal, Saudi Arabia, Nepal, Greenland, and Brazil.  These are intended to highlight the damage caused to oceans, deserts, glaciers, arctic regions, and rainforests respectively.

The race is held over an approximately two-week period and originally raced from Paris, France to Dakar, Senegal.  The race was relocated after 2007 due to security concerns and was held in South America until 2019.  This year it was hosted in Saudi Arabia.

The Dakar Rally consists of some short stages and some stages which are several hundred miles long.  Many cars don’t finish due to the difficulty of the conditions, and there have been several fatal accidents associated with the race.

This year, the Odyssey 21 competed in the final stage of the rally, called the Grand Prix of Qiddiya.  The competition took place on January 17th on a 20km course.  The Odyssey 21 piloted by Block came in third place overall with a time of 9 minutes and 17 seconds, behind a Hilux and a Mini with times of 8:50 and 8:57.  Not bad for a first competitive outing.

Today, Extreme E released the full onboard footage of the stage, which you can watch below:

Extreme E has been doing some other testing in Saudi Arabia as well.  They released additional footage of testing on the dunes of Al-ʿUla, Saudi Arabia, showing the car navigating some pretty sketchy dunes and corridors.  It’s definitely worth a watch:

You asked for it, so here it is – a first ever onboard look at the ODYSSEY 21 from our test on the dunes of AlUla this week… Let us know what you think!#ExtremeE #ElectricOdyssey pic.twitter.com/YkyxKParBJ

The Extreme E series starts racing in earnest around this time next year.  Their first race is scheduled for January 22-24 2021 in Lac Rose, Senegal.