The electric bicycle industry is still in its adolescent phase, and the budget e-bike category is even younger. That makes a company like Sondors, which debuted its first $500 budget electric bike back in 2015, practically a dinosaur.

But if you thought Sondors wasn’t relevant anymore, then think again. The company not only has an expansive line of diverse e-bike models, but is now launching a new campaign known as Electric For Everyone designed to get more bottoms on e-bike seats. And you’ll want to pay attention to the deals Sondors is including with this campaign.

Despite having sold over 50,000 e-bikes in the last five years, Sondors wants to go even bigger.

The company’s bikes have come a long way since then, and the prices have risen accordingly.

With many of Sondors’ e-bikes sporting prices in the four-figure territory, the company’s latest Electric for Everyone campaign is turning heads for its never-before-seen-pricing.

As the company explained in a statement sent to Electrek:

Storm Sondors, the creator of the award-winning Sondors Electric Bike, believes in an electric future so much he’s willing to wager his own company so everyone can afford a Sondors. That’s according to a new campaign, launched officially to the public today under the banner “#ElectricForEveryone,” and through which the company is offering the lowest entry price point ever to buy a Sondors Electric Bike with only $299 due upfront. 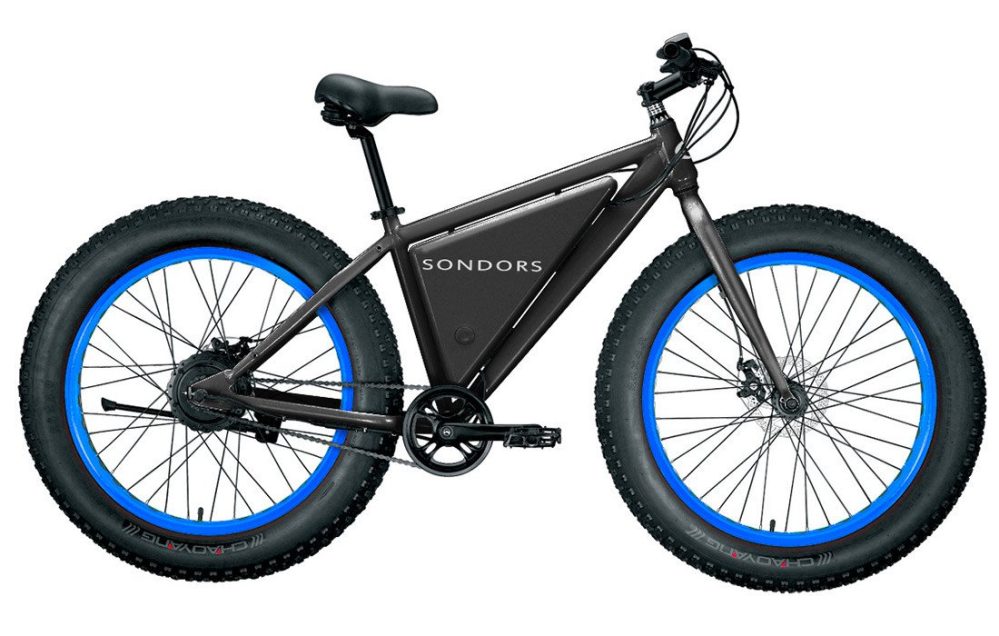 Of course the $299 deposit is only the beginning, with the total price of the bikes ranging from $799 to $1,699 depending on how fancy of a Sondors model you’re after. Here’s the list below with current sale prices:

As the company’s founder and CEO, Storm Sondors, explained:

I’ve been reimagining the future of Sondors, and the future of this industry. When I started this company back in 2015, it was because I wanted to make an e-bike that was affordable for everyone. In five years, we put 50,000 e-bikes on the road. We created a market for e-bikes in the U.S. where there was none. Then the industry exploded, becoming distorted by a slew of overpriced competitors, and we had to raise our prices. That’s why I made the decision to bring things back to why I started this mission in the first place: to make Electric For Everyone.

In case you’re wondering what a $799 e-bike gets you, it’s actually better than you’d expect. And certainly better than a similarly priced Amazon e-bike.

The $799 Sondors Original is your standard, generic fat tire e-bike with a 350W motor, a top speed of 20 mph (32 km/h) and a max range of between 25-40 miles (45-64 km) depending on whether using throttle or pedal assist. It’s got an LCD screen, mechanical disc brakes, a twist throttle and pedal assist. There’s nothing particular fancy about it, but there’s nothing particularly cheap about it either. It’s just a good, simple, decent e-bike for a killer price. There are a few of the first-edition Sondors e-bikes floating around the Electrek team, and they still hold up remarkably well to this day. 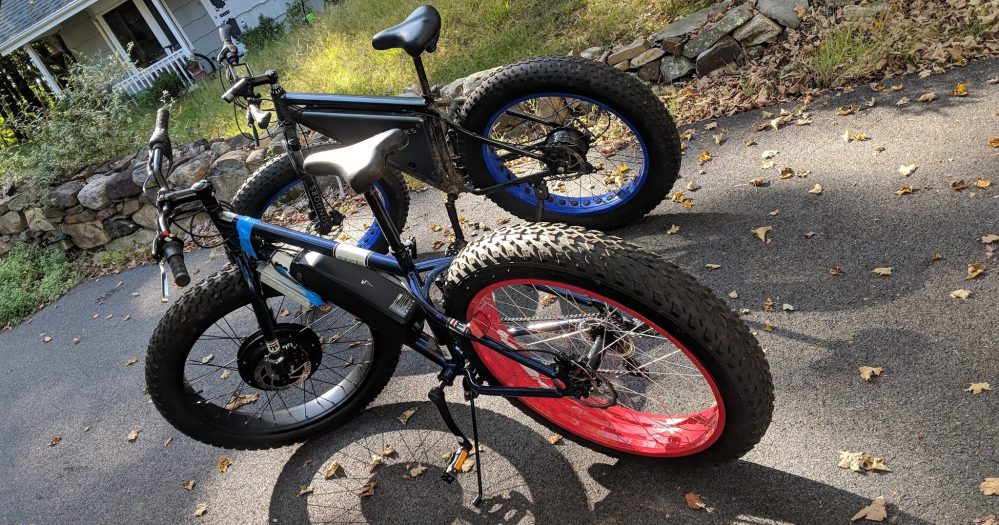 That same $799 will also score you a Sondors Thin, which is more of a commuter-friendly version of the Sondors Original. Which is to say: less ridiculously fat tires.

Instead, you get closer to 2-inch tires and a bike that will likely be easier to pedal if the battery ever runs out on you a mile away from home.

And while we don’t have any specifics yet, Sondors is rumored to be working on something big to debut this year. Of course just about everyone is debuting something big this year, though Sondors is likely to have one of the more affordable products on the horizon, if history tells us anything.