Tesla is partnering with Baidu to provide map services in China as the automaker is increasing its presence in the market and trying to adapt its offering.

Over the years, Tesla has been investing a lot in its user experience inside its vehicles, which mostly revolves around its big center display, and the maps and navigation are some of the most used features on that display.

In the US, Tesla has been working on revamping its maps and navigation system over the last few years with its own maps, using new open-source modules from MapBox and Valhalla.

Now Tesla is looking to improve its map system in China with a new partnership with Baidu Maps, the map division of the Chinese internet giant.

A Baidu representative said in an email to Electrek:

In addition, Baidu Maps’ in-car map service supports zooming without loss of image quality and enables icons to rotate in all directions within 360 degrees.

Tesla confirmed that the new maps are coming in a post on their Chinese social media accounts: 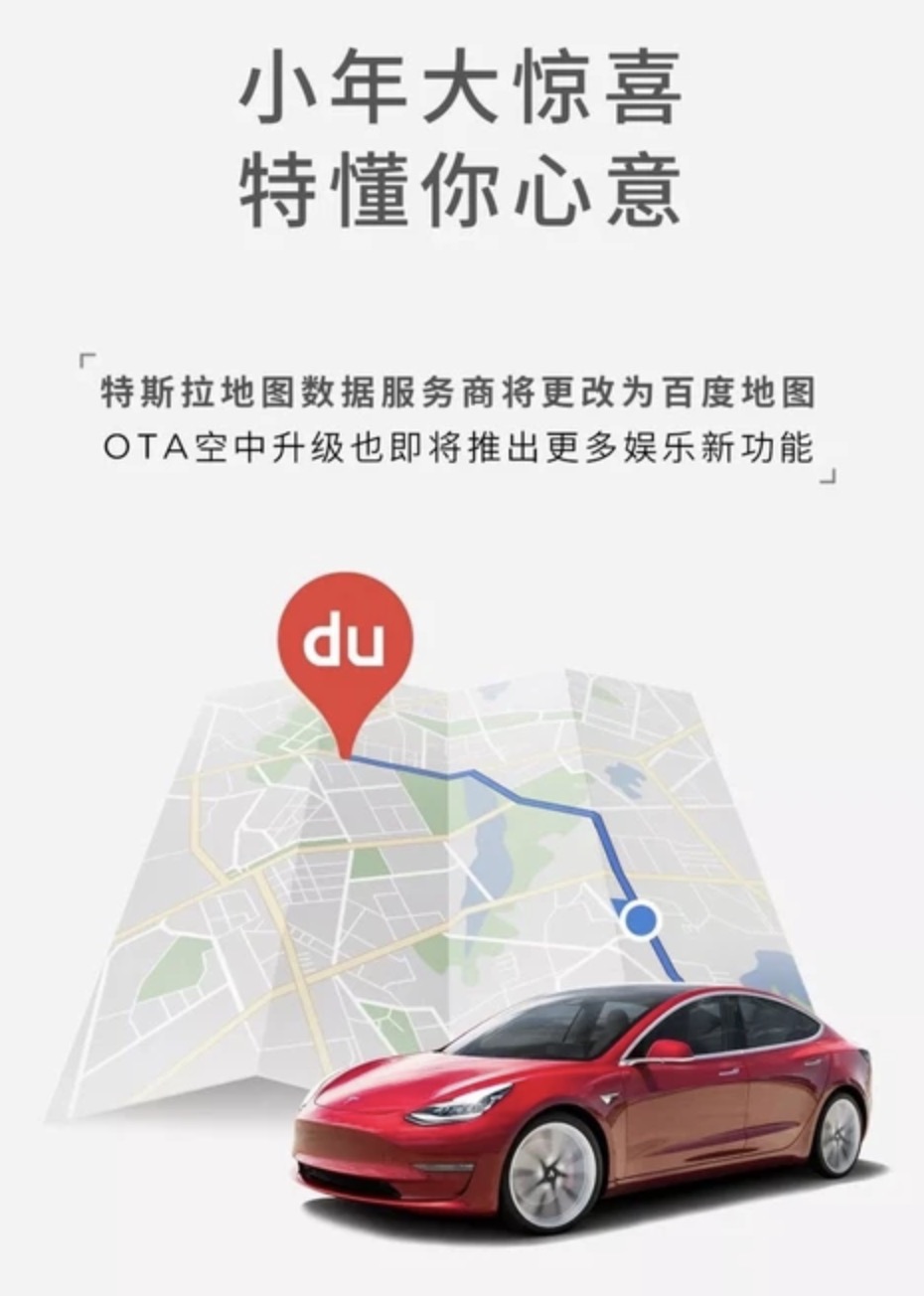 With the start of made-in-China Model 3 production, Tesla is expected to rapidly grow its fleet in what is now the biggest automotive market in the world.

The automaker is planning to adapt its offering more to the local market, and it’s building a local research and development center.

Tesla has been listing software engineer jobs in order to build apps and web applications specifically for Chinese customers.

With the launch of the Tesla Theather and Arcade, Tesla has been releasing games and streaming service apps specifically for the Chinese market.