Tesla has produced a new 85 kWh battery pack for Model S and Model X. The question is whether the new pack is just meant to be used to replace older packs, or if Tesla plans to launch it as a new option.

For a long time, Tesla used to have two or even three battery pack options for the Model S — its flagship sedan.

In the past, Tesla offered the Model S with 60, 70, 75, 85, and 90 kWh battery packs, and some of them were also bigger packs offered with a software-locked energy capacity.

Last year, the automaker started offering only a single battery pack option for both the Model S and Model X: 100 kWh.

Now Tesla appears to have produced a new 85 kWh battery pack for the Model S and Model X.

It showed up in Tesla’s  publicly available parts catalog: 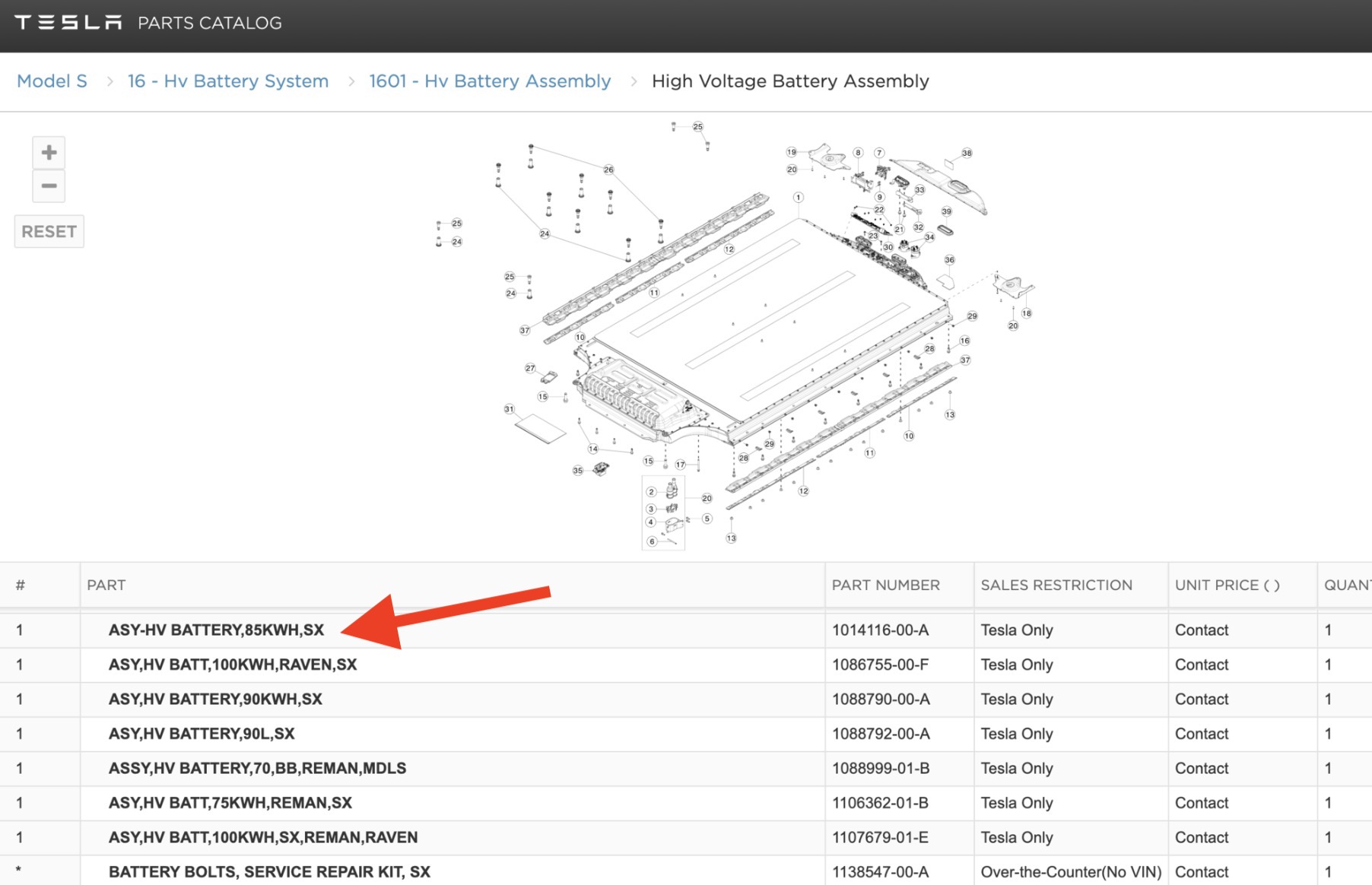 A Tesla owner, who goes by Chilam on TMC, had to have his older battery pack replaced due to a bug, and he reported getting the new pack with 85 kWh of energy capacity:

He shared an image of the battery pack’s sticker, and it has the new parts number and confirms that it is a 350 VDC pack: 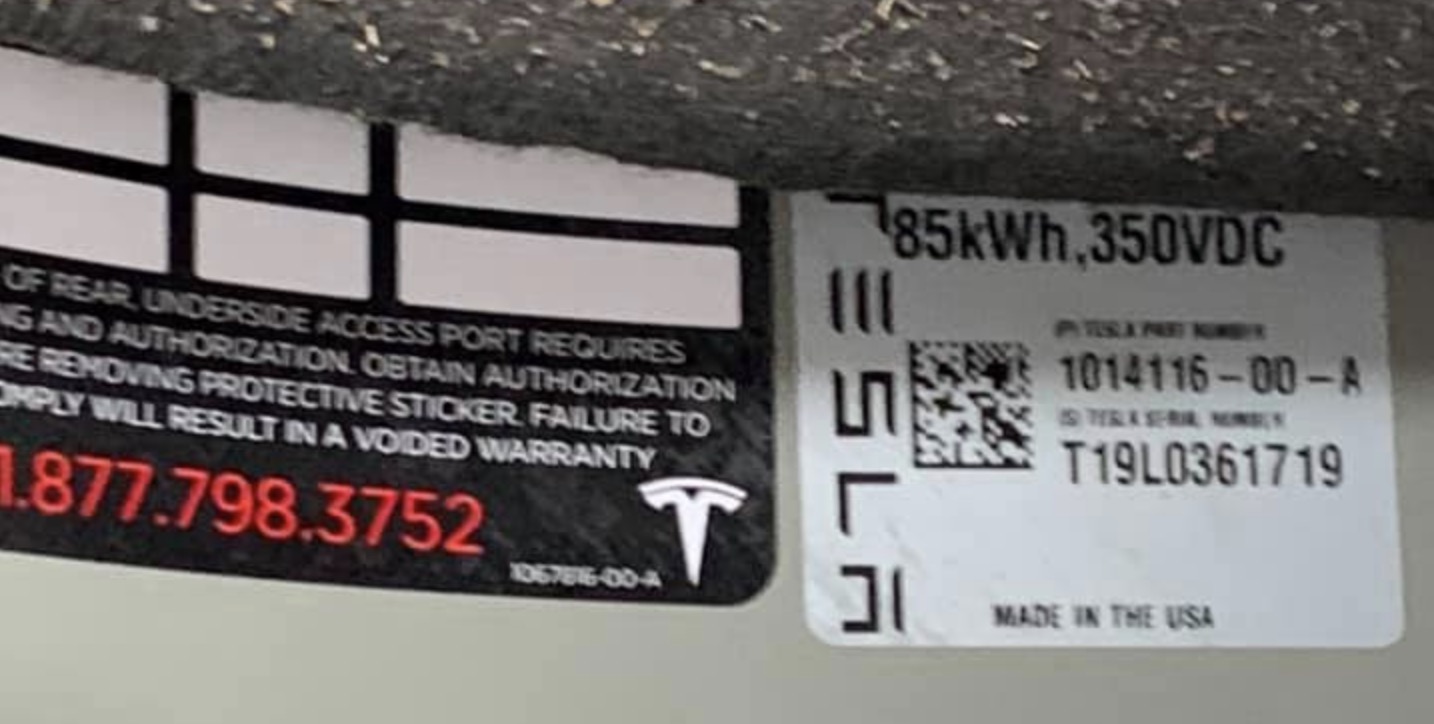 While Tesla has clearly produced a new battery pack for Model S and Model X, the option is not available for sale on Tesla’s website.

The question now is whether Tesla plans to bring back a shorter-range version of Model S and maybe Model X, or if they are just producing this new version of the battery pack to replace older packs as they come to their end of life.

As we previously reported, Tesla has had issues with older Model S 85 kWh battery packs and issued a software update to limit their capacity.

Maybe Tesla has produced this new battery pack, which could very well be a 100 kWh pack with a couple fewer modules, in order to replace all the battery packs affected by that update.