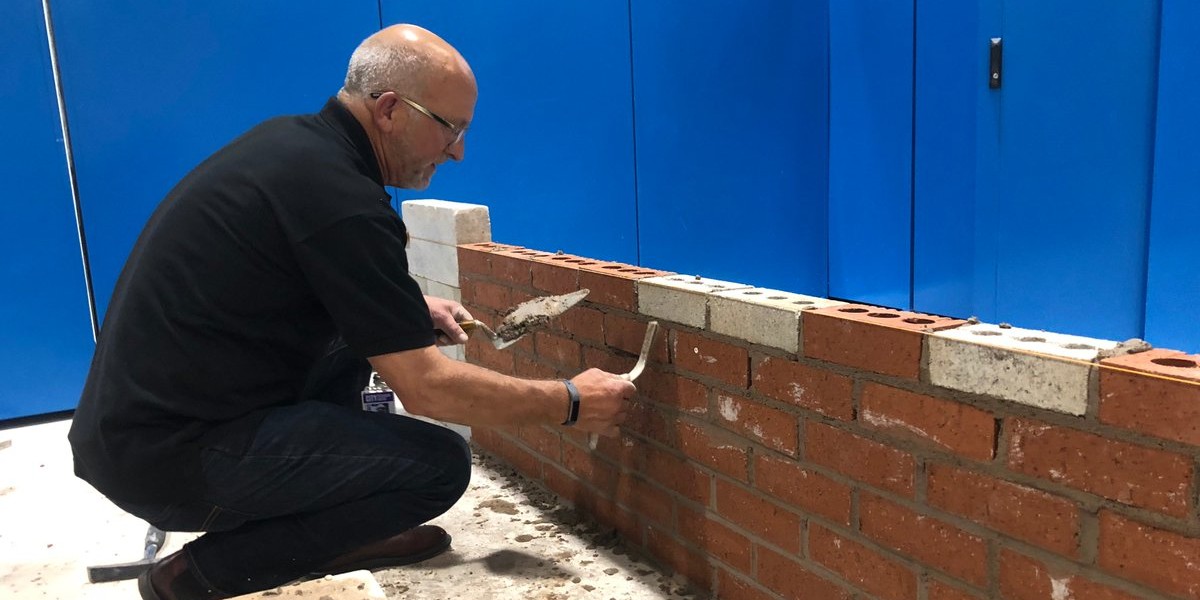 Scientists at Heriot Watt University in Scotland have developed the world’s first building brick that’s made from 90% recycled construction and demolition waste.

The K-Briq uses less than one-tenth of the energy in its manufacture, creates one-tenth of CO2 emissions of a traditional fired brick, and can be made in any color.

The K-Briq is stronger and lighter than traditional kiln-fired bricks. It is produced from concrete, brick, and plasterboard waste, and it’s compressed without firing.

The brick will be commercially produced by Kenoteq, a commercial arm of Heriot Watt.

I have spent many years researching building materials and have been concerned that modern construction techniques exploit raw materials without considering that they are among the largest contributors to carbon emissions. The amount of waste they produce is not sustainable long-term.

The K-Briq looks like a normal brick, weighs the same, and behaves like a clay brick, but offers better insulation properties. It is sustainable and not kiln-fired so it is far better for the environment and represents massive savings for the construction industry in terms of related taxes.

Building and construction are responsible for 39% of all global carbon emissions, according to the World Green Building Council.

These bricks could be yet another great and impactful solution. Let’s hope they catch on. Well done, Heriot Watt scientists.