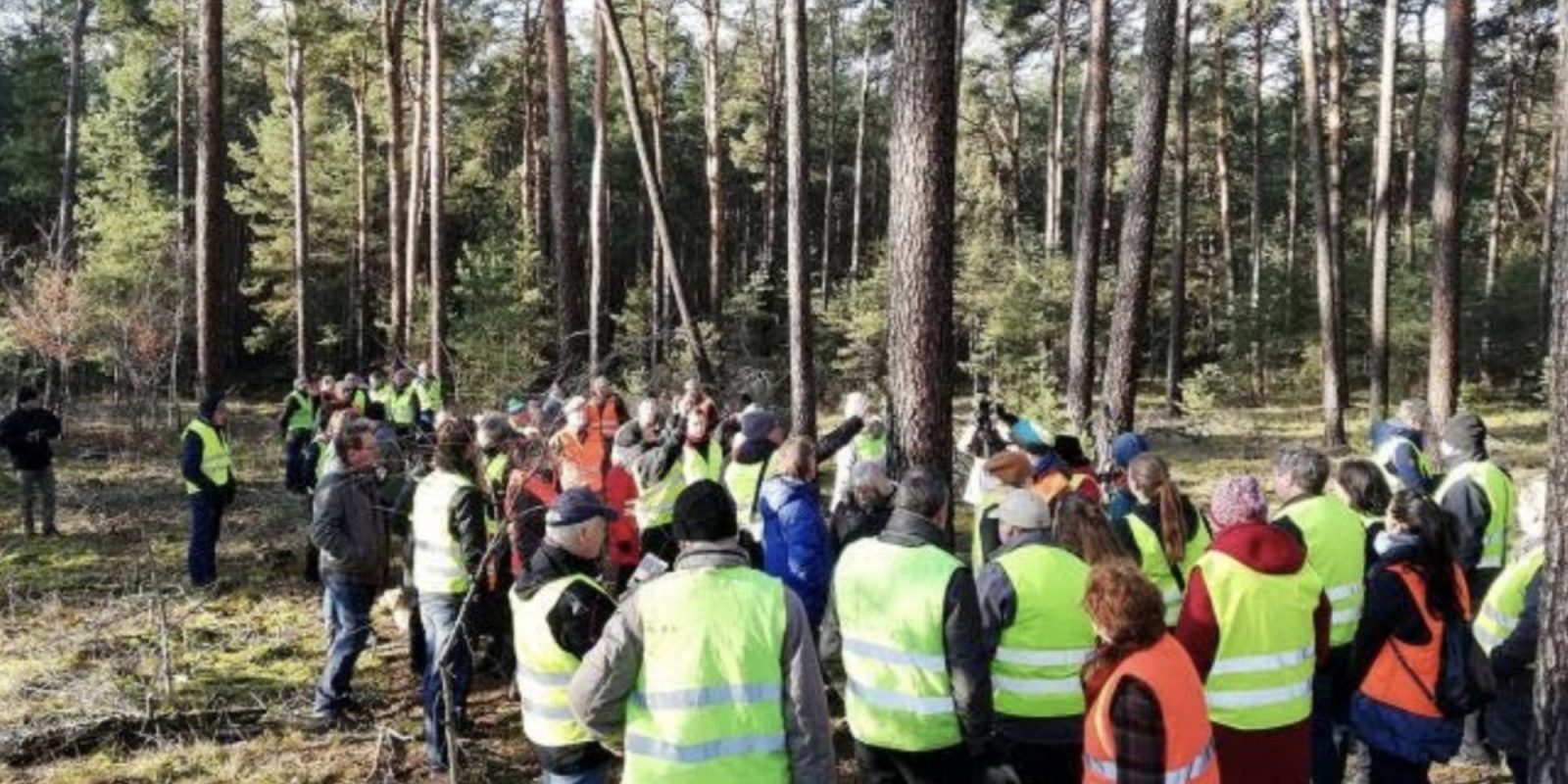 Tesla is facing some opposition to its Gigafactory 4 plan in Germany where it needs to cut down a lot of trees to build the plant in a forest near Berlin.

Local residents are protesting at the Gigafactory 4 site over the deforestation plan.

The project will be sited on a 300-hectare plot of land next to the GVZ Berlin-Ost Freienbrink industrial park, which Tesla is trying to buy for €40 million.

Over the last two months, the plan for the new factory has been gradually revealed through new construction plans and environmental assessments.

In order to build, Tesla is going to have to cut down a large number of trees. The section that needs to be deforested is shown in red below:

The company is expected to start the process soon and will be finished by the end of February.

Even though Tesla committed to planting three times as many trees as it is going to cut down, it is a controversial process due to the complex nature of the ecosystem.

As we previously reported, one issue is that the forest is home to many animals, and one of them is an endangered species of bat that Tesla is going to have to move.

Now the opposition to the project due to the deforestation is growing.

Germany’s RBB 24 is reporting that about 50 people gathered at the site to protest the project:

The demonstrators, wearing yellow safety vests based on the French yellow vest movement, criticized insufficient public participation and called for the preservation of the forest. There are also concerns that the drinking water supply may be at risk.

Members of the Fürstenwald branch of the Nature Conservation Association (NABU) were part of the protest and they say that more are to follow.

NABU member Nadine Rothmaier, who was part of the protest, commented:

I think every citizen here has his own topic. For some, it is nature and the forest or people. The factory will also emit pollutants that pollute the region.

She didn’t offer any reference to back up her claim that the new Tesla factory will “emit pollutants.”

In order to stay on schedule for the start of production in July 2021, Tesla will need to start construction in the next few months.

While I understand their concerns, I am sure that Tesla will have to go through all the appropriate processes to comply with the environmental requirements in the region.

I am all for that, but I think the factory will ultimately have a greater positive impact on the environment by accelerating the transition away from fossil-fuel-burning vehicles to electric vehicles.

NABU apparently has a reputation in Germany for trying to stop most major construction projects, including renewable energy projects, like solar and wind farms, which I think is shortsighted.