Tesla is officially launching its new “All-Weather Protection Kit” in regions with tough climates after some paint issues were reported by Model 3 owners after last winter.

We get to see the new kit, which basically consists of mud flaps, in a picture released by Tesla.

In places with tough winters where they use salt and sand on the road, some Model 3 owners have reported surprisingly fast paint degradation behind the wheels.

Like with other cars, Tesla Model 3 owners turned to aftermarket products like Xpel paint protection film and even mud flaps.

We reported last month that Tesla sent a memo to its staff in Canada to inform them that they plan to offer mud flaps for free to new and existing Model 3 owners in most of Canada as part of a new “All-Weather Protection Kit.”

Tesla has now started sending emails to owners that they can pick up the kit at a service center for free.

The automaker wrote in the email:

In certain regions where heavy salt, sand, or gravel is used to improve winter road conditions, we’re providing the All-Weather Protection Kit to help protect your paint from stone chips — at no cost. Instructions for self-installation are included.

As a Model 3 owner based in Quebec, Canada, I got the email myself.

Here’s the email that I received in full: 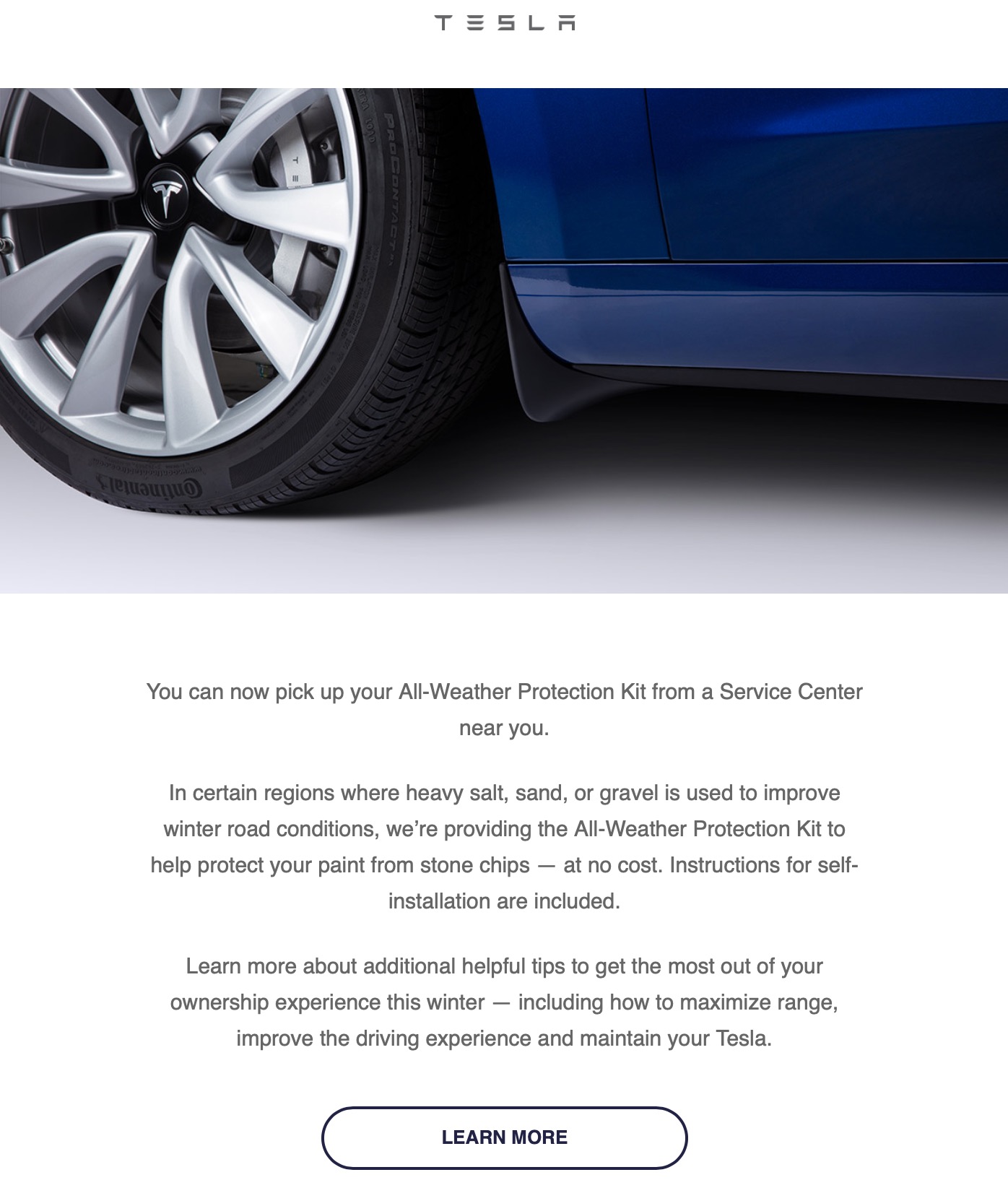 As you can see, the email includes a picture of Tesla’s new mud flap, which is minimal to protect the paint without affecting aerodynamic performance.

Tesla previously said that it will provide the front mud flaps and installation hardware for free for both new cars and existing owners who will have to install them themselves.

When we first heard of the new “All-Weather Protection Kit,” we contacted Tesla about the new program and asked if they plan to make the kit available to other markets with tough winters, like the northeastern United States, but the automaker never responded.