Kona Electric will be first EV to Mt. Everest, but Indian EV sales are dismal

Hyundai Motor India today kicked off a drive of the Kona Electric to the base camp of Mt. Everest. The trip will cover 435 miles and reach an altitude of 17,000 feet. The Kona EV is the first electric car to reach this height at Mt. Everest. But the drive takes place against a backdrop of nearly non-existent EV sales in the world’s fourth-largest automotive market.

Hyundai launched the Kona Electric this past summer. The EV was promoted via a commercial aimed at Indian millennials.

The commercial indicates that the Kona Electric offers 280 miles on a single charge. But Indian news sources report that the India-spec Hyundai Kona Electric Vehicle is powered by a 39.2-kWh battery pack that provides much less range than the 64-kilowatt-hour pack sold in the US.

Hyundai did not provide details about how the Kona EV will charge on its ascent. Mountaineer Ajeet Bajaj is driving the EV during the expedition.

Since the Kona EV’s debut in the summer, Hyundai had sold about 130 units, according to Bloomberg. Sadly, sales in the US are not that much higher at about 100 units per month throughout 2019.

A year ago, Hyundai committed $250 million to increase EV production and sales in India in the next three years. The company said that it would support EV infrastructure across the country. Level 2 chargers were installed at 15 Hyundai dealerships in 11 Indian cities. India has only about 650 charging stations for cars and SUVs, according to BloombergNEF. 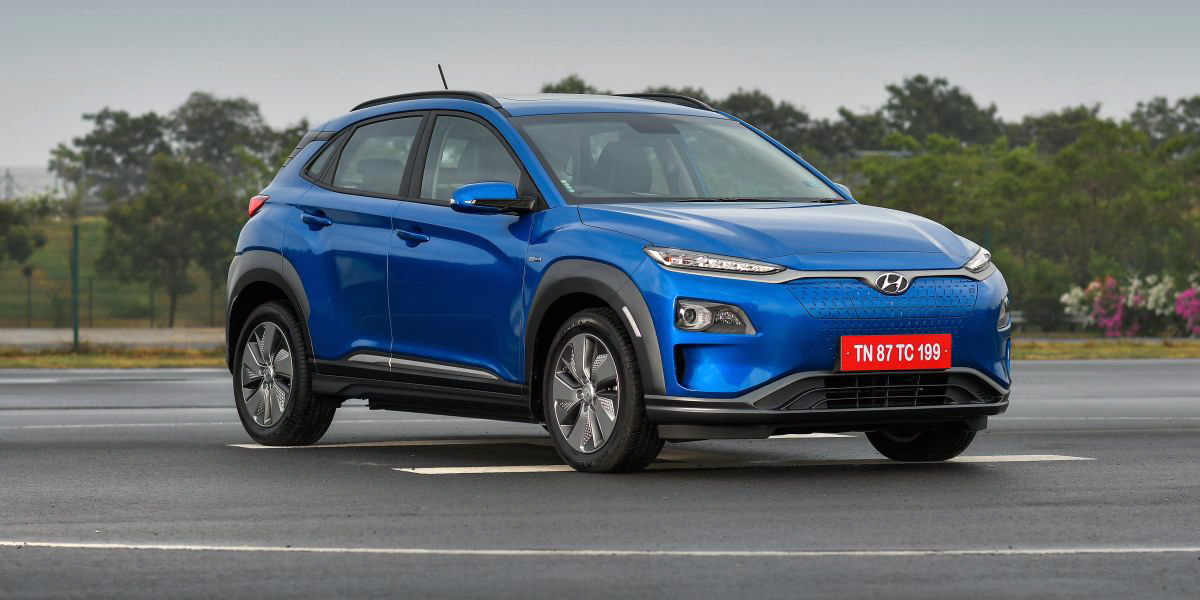 Hyundai, which called the event “Emission Impossible,” made this official statement:

Hyundai KONA Electric has started the Electric Vehicle Revolution in India by bringing-in long-range fully electric SUV. Hyundai always stays ahead of the curve, and this feat signifies the unparalleled and unperturbed performance in extreme climatic conditions, reaching the pinnacle of the earth. Hyundai has leapfrogged with this revolutionary product and created a perpetual perception change about the concept of EVs in India.

The Indian auto industry is in a slump, down about 35% compared to last year. The Kona Electric sells for about $35,000, while the average Indian earns about $2,000 a year. The country’s best-selling internal combustion vehicles sell for about $4,000, with the majority of cars selling for less than $8,000.

India’s carbon dioxide emissions are relatively low on a per-capita basis but are growing at a faster rate than in any other major energy-consuming nation.

The number of all-electric passenger vehicles sold in India in the past five to six years is reportedly fewer than 10,000 units.

In 2017, Transport Minister Nitin Gadkari announced that he wanted India to move to 100% electric cars by 2030. The BJP-led government later diluted the goal to 30%. The change of plans also shifted the focus to two- and three-wheelers, with more immediate deadlines. India’s vehicle market sells about 3.5 million four-wheel passenger vehicles, but more than 21 million two-wheelers.

Hyundai is not alone with plans for EVs in India. The Tata Nexon EV, offering about 190 miles on a charge, launches in India later this week. It’s one of four EVs that will be launched by Tata Motors in the next 18 months, although they tend to be low-range vehicles for government use. MG Motor India also plans to launch an electric SUV this month.

“Somebody has to take the leadership, and it will trickle down,” said Rajeev Chaba, managing director of MG Motor.