Check out this new, modular electric skateboard that wants to change everything 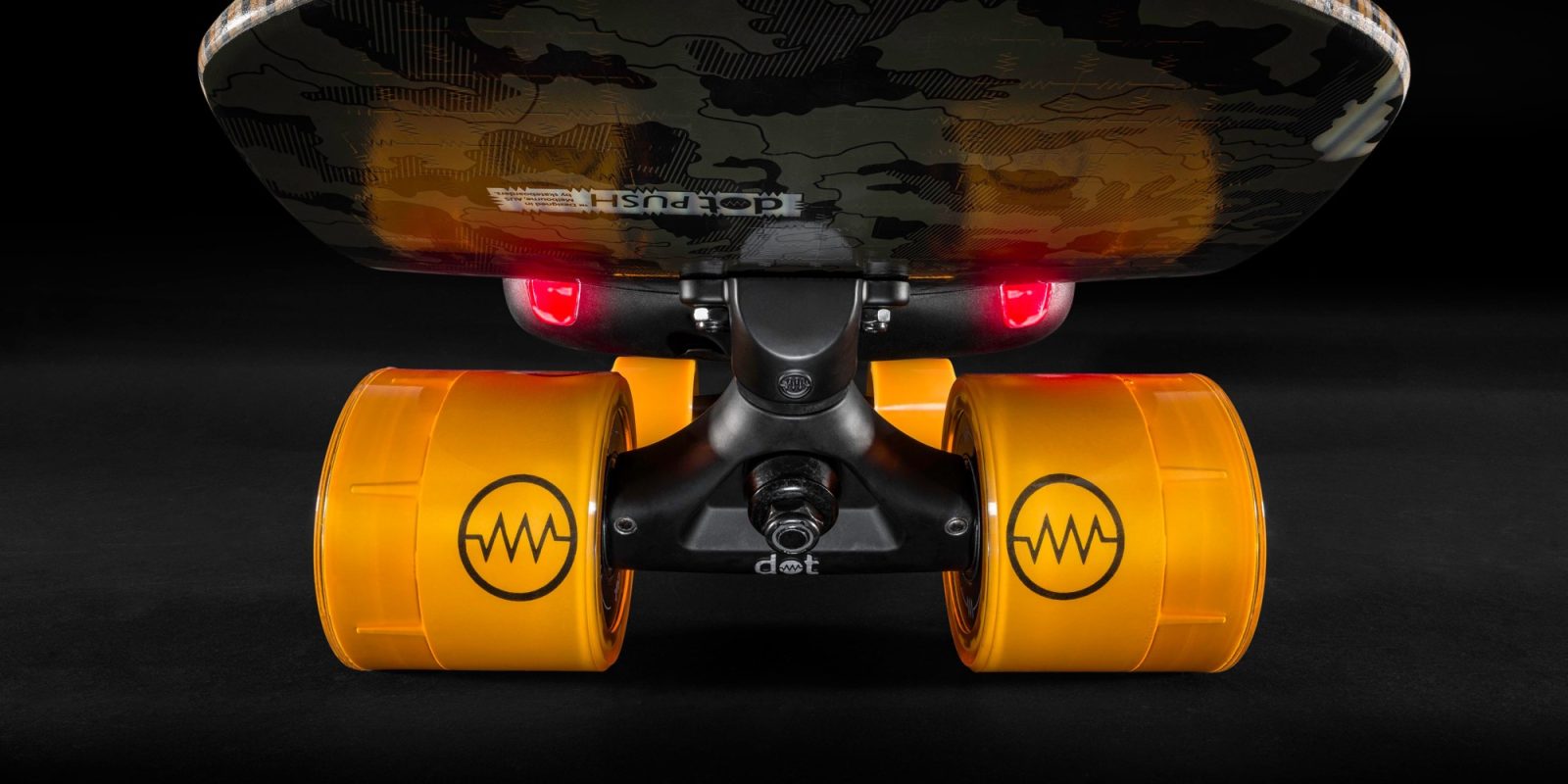 Despite not being a very old industry, electric skateboards have seemed to settle into a stable, almost stagnant state of incremental updates instead of major innovations. Or at least that’s what I thought up until today when the new Dot modular electric skateboard came along and changed everything.

The Dot electric skateboard is the brainchild of Matt, Peter and Stephen Hill. The three Australian brothers have over 30 years of skateboarding experience.

I spoke with Matt and Peter to learn more about the new Dot board and how it was developed.

Way back in 1985, the brothers founded Globe International, a skateboard company that sells gear worldwide and has promoted athletes like Tony Hawk. Back in the day, they wanted to build one of the first electric skateboards, though the technology didn’t quite exist yet. Now the times have caught up to the brothers’ dreams and they’ve spent the last six years developing their revolutionary new electric skateboard.

And revolutionary is the correct word here. 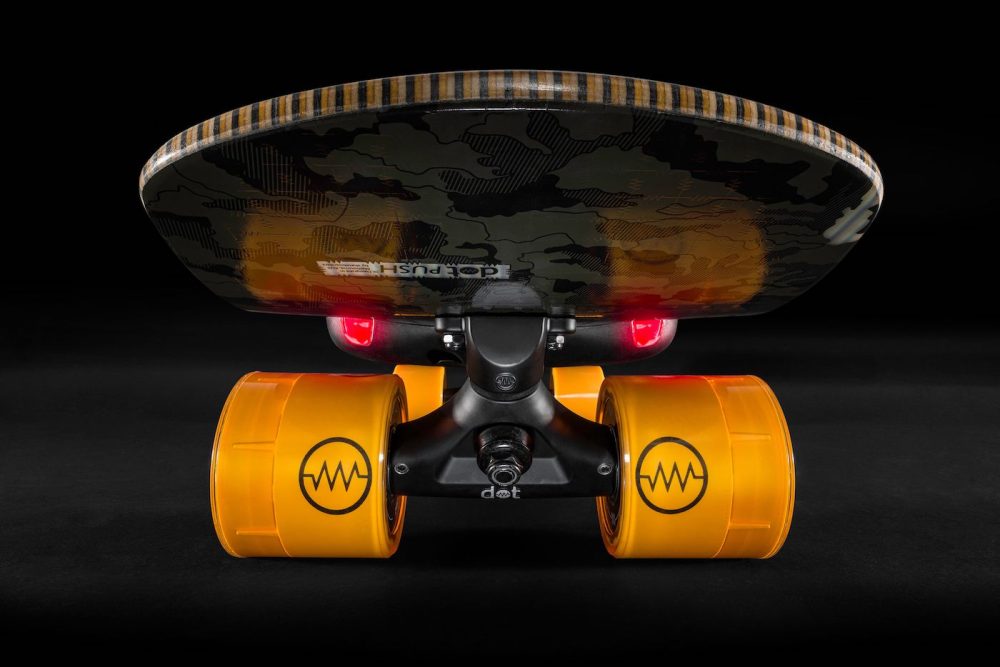 The Dot board features new patent-pending 1,000 W hub motors developed by the team. There are no external wires or plugs, the motors simply slide onto the truck’s axle where an electrical socket makes contact. The trucks also feature a hollow channel to guide the wires towards the controller, keeping everything neat, tidy and out of sight. It’s totally wireless, which would almost be weird if it wasn’t so cool.

The motors are designed to power the boards up to 24 mph (38.6 km/h) and create almost zero drag, allowing the board to coast and be kicked similar to a standard skateboard. And with the high torque design, the team ensures that the boards can keep up good speed even while climbing hills.

The batteries are also modular. Riders can add between one to four batteries installed on the deck to gain anywhere from 10 to 25 miles (16-45 km) of range.

As Peter explained it to me:

“That’s a big differentiator for us, compared to other electric skateboards. With others, you have to make a decision before you buy a board about exactly how much range you need. But often you don’t really know what you’ll eventually need until you get the board and find out how much you use it, how far you want to ride, etc. So by making the batteries modular, we give people the option to decide how much range they want even after they already have the board.”

I’ve seen modular setups with a choice between one or two batteries, but never as many as four batteries.

The batteries charge by using a magnetic connector. I never realized how much I love that feature until I got an Exway X1 Pro and fell in love with the magnetic charger connection. The last thing you want when you’re crouched over in a weird position under your desk is to be fumbling around trying to sort out the romance between the male charger plug and the board’s female socket.

The Dot board comes in three deck sizes (Compact, Cruiser, and Transporter) and two wheel sizes (83mm or 120mm wheels). Longer decks can be better for cruising, while shorter decks are more nimble and may work better in tight urban jungles. 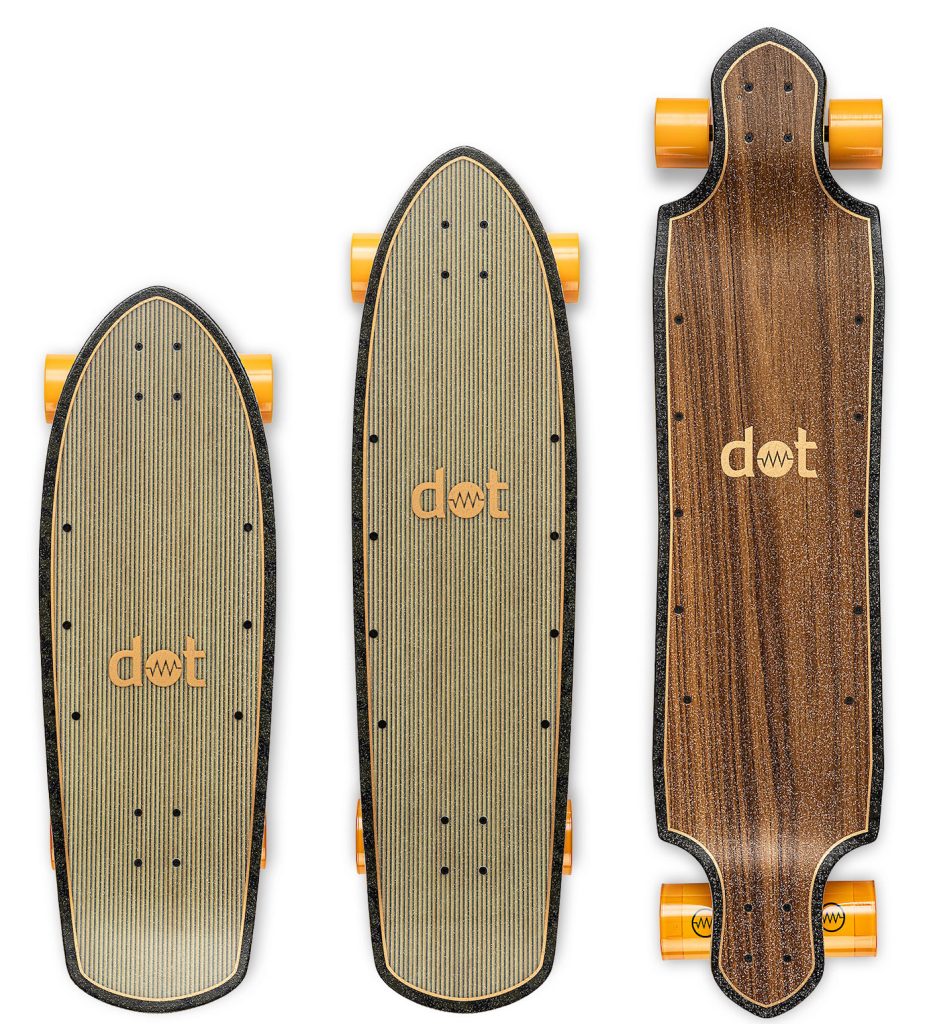 The Dot board also features LED taillights of adjustable brightness, but one of the biggest remaining differences is the handheld controller. 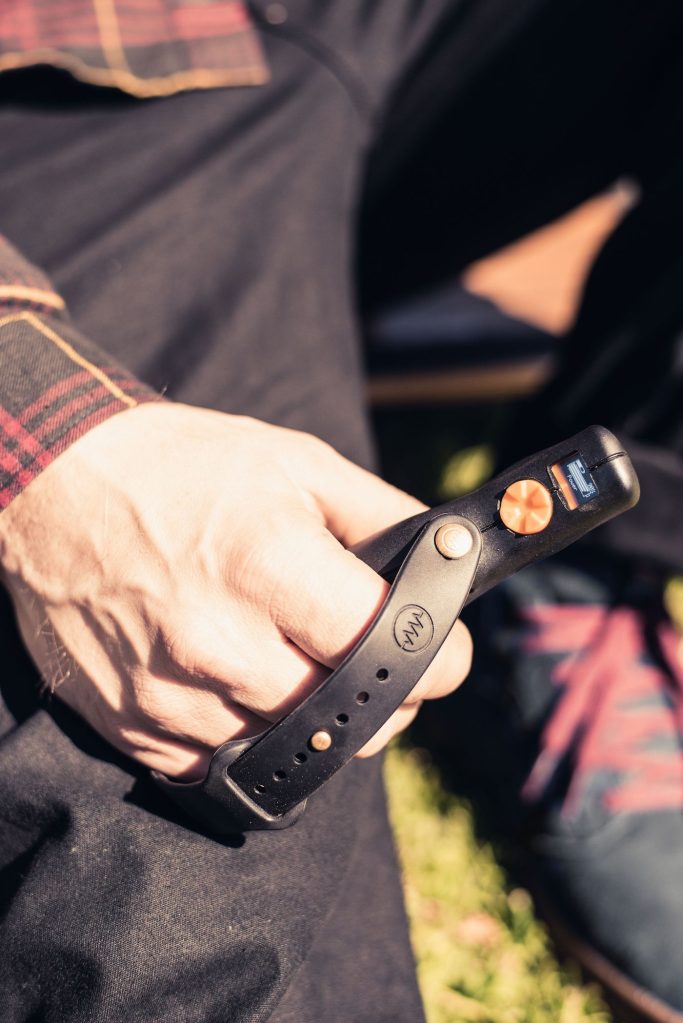 And before you start thinking this is some pie-in-the-sky Kickstarter project that is begging for funding, guess again. The Dot board is already in production and is available starting today.

There are a number of different configurations for the board, with pricing starting at $1,279.

There’s a lot to like here. The design of those hub motors is really cool. I’ve never seen a board setup like this with zero wires from the motors. They seem almost like non-electric wheels in that sense.

I also love the amount of customization you have with the battery range, and that there are three different decks as well. Oh yea, and two wheels sizes including the comically large 120mm wheels. Basically, there’s a lot to like if you’re into innovative, customizable boards.

The one thing that I can’t say for sure if I’ll be able to jive with is their new remote. They talk a bit of smack on the tried-and-true thumb wheel setup, but to be honest that’s been the most comfortable controller style I’ve ever used. Could the Dot board’s controller be an improvement? Perhaps. But I’m afraid of change and the thought of getting used to something new doesn’t give me warm fuzzies.

But hey, if I can get on the Dot board soon and get a feel for myself, you can bet I’ll be back to let you know how it rides.

Until then, let me know what you think of the board in the comments below.