A few too many rounds: Tesla Cybertruck window shattering

Tesla’s Chief Designer Franz von Holzhausen has a wicked pitch. CEO Elon Musk posted a slow-motion video of the Tesla team tempting fate, hurling a steel ball towards the Tesla Cybertruck right before they were set to debut it to the world. Check it out after the jump and get excited for Tesla Armor Glass.

Elon has compared the TeslaCybertruck to an armored personnel carrier, and was eager to highlight its durability during the unveiling, saying:

Franz demonstrated the toughness of the stainless-steel car by whacking a regular truck door with a sledgehammer and then doing the same to the Cybertruck’s door, which showed no damage. The Tesla Armor Glass was given a double-demonstration. First, a pane of the glass was placed on its side underneath a tall clear tube. One of the team members then climbed up a ladder, dropping the ball directly on to the glass: 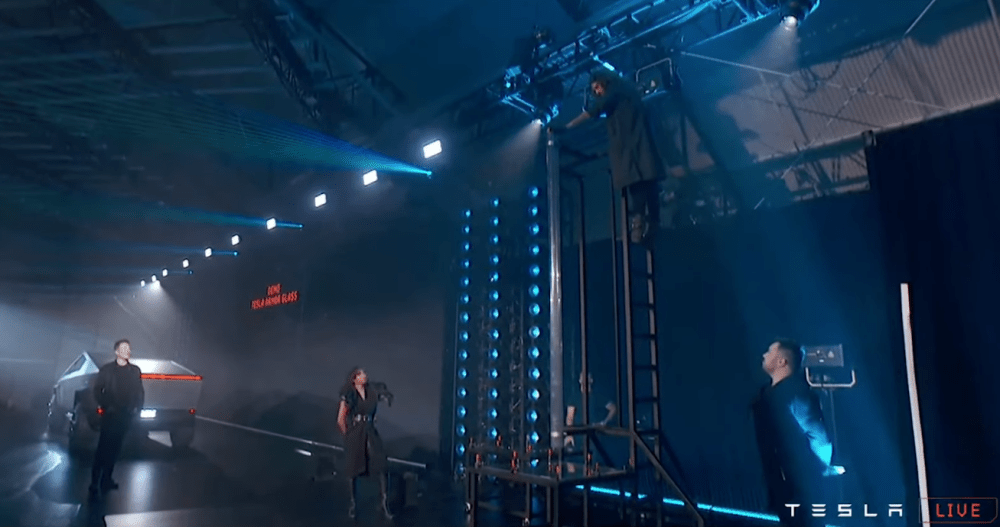 Incredibly, the Tesla Armor Glass was undisturbed by the steel ball smashing against it: 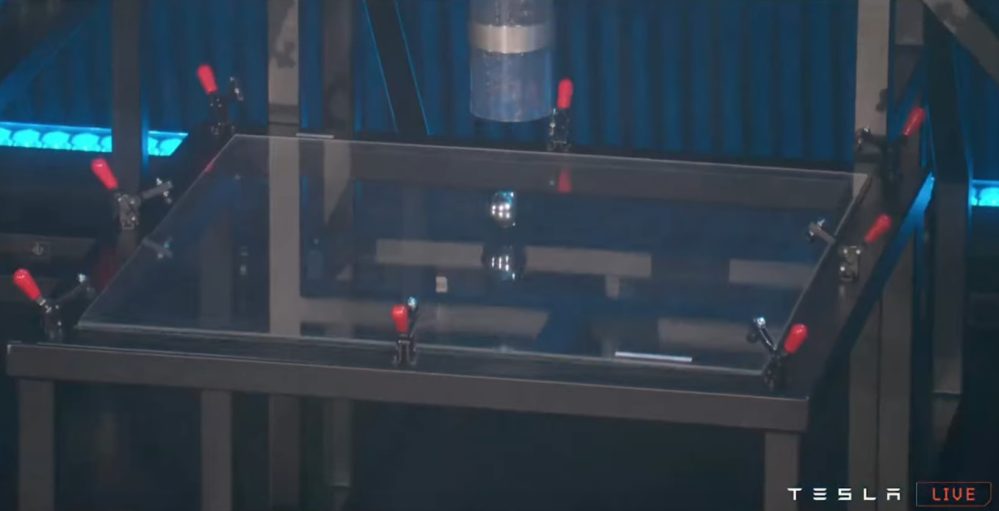 The Tesla team arguably just has too much fun trying to brutalize the CyberTruck, because that wasn’t even enough for them. Franz then wound up for another pitch: 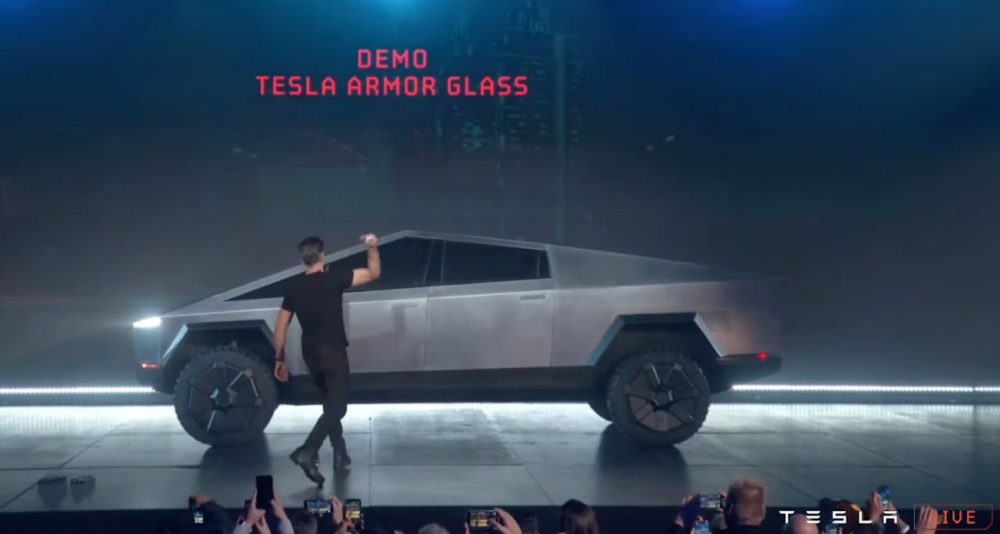 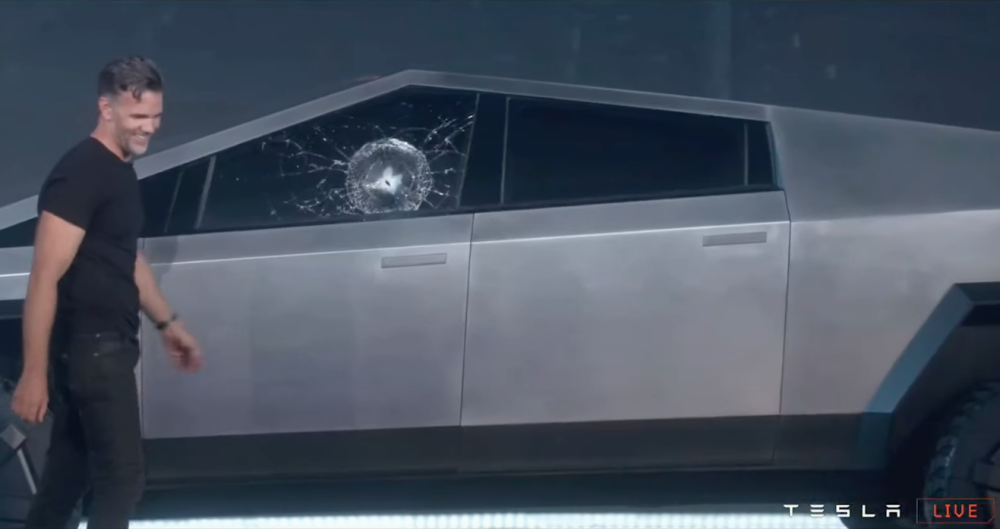 Now Elon has posted a slow-motion video of them practicing the pitch right before the unveil:

Franz throws steel ball at Cybertruck window right before launch. Guess we have some improvements to make before production haha. pic.twitter.com/eB0o4tlPoz

Our own Seth and Jamie were at the event and met with a moderator of the r/teslamotors subreddit, user WhiskeySauer, who also happens to be a blast and ballistics research engineer who previously tested blast-proof glass for US embassies. The leading theory is that the repeated launches of the steel ball against the window led to microfractures, which compromised the glass leading to its ultimate shattering on stage.

We shouldn’t lose sight of the fact that even though the glass shattered – only after repeatedly being hit with a steel ball – it still repelled the ball, and that’s amazing. I thought Elon and Franz handled the surprise like champs, many business leaders wouldn’t have taken it in such stride. And while my first reaction to seeing the Cybertruck was a Spock-like raised eyebrow, I now totally love it. I appreciate that its design is helping to keep the cost down so I can actually afford it, while not compromising on specs and also making it super tough. We were planning on selling our 3 for a Y once we outgrew it, but now I want the CyberTruck instead.