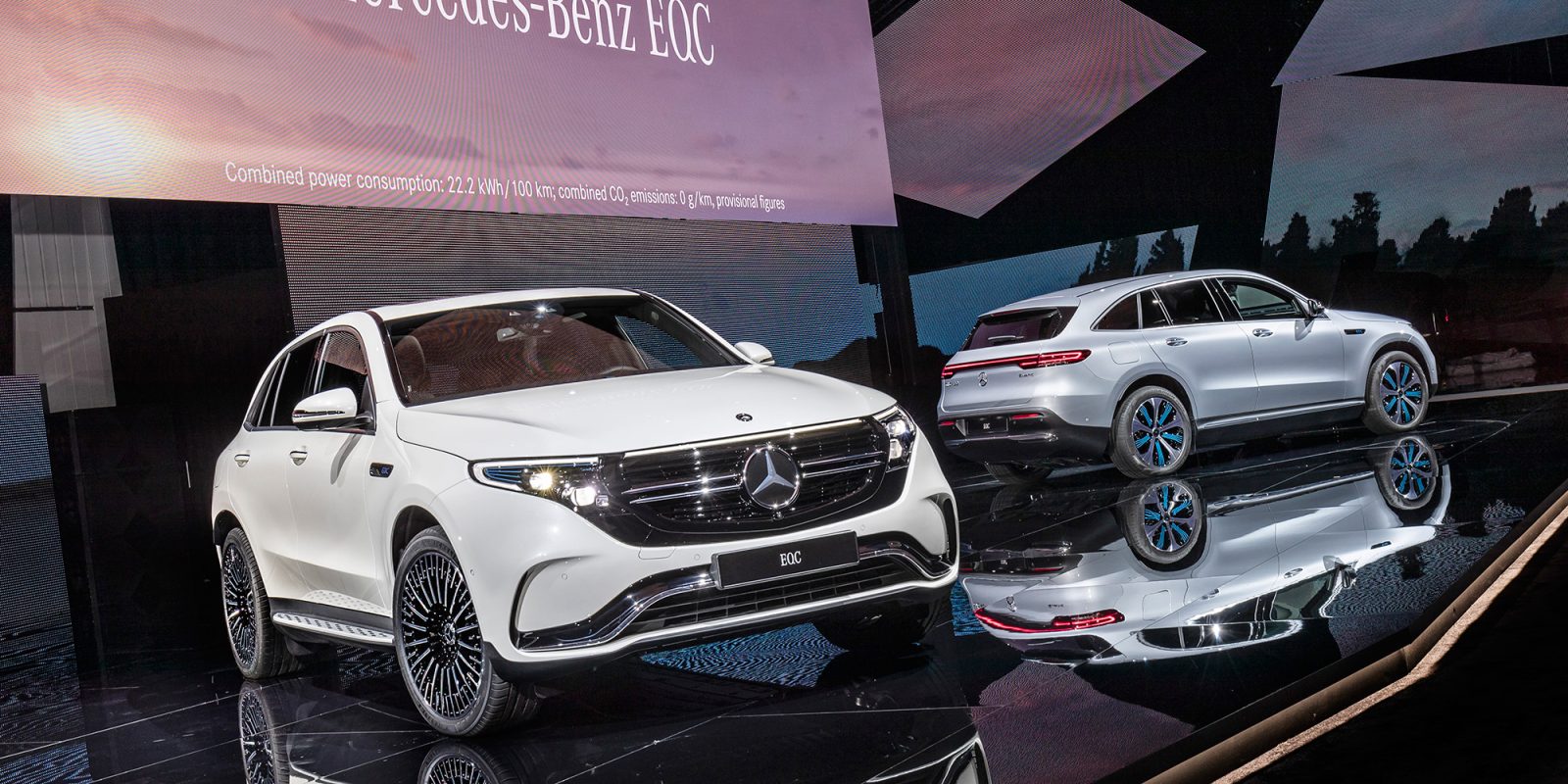 While reports like this are often exercises in greenwashing, it’s a healthy reminder about the total CO2 impact of electric vehicles. The analysis, performed by TÜV Süd, a German testing certification firm, indicates that 51% of the EQC’s CO2 lifecycle occurs during the production of the vehicle.

Green energy from wind farms is to be used for EQC production at the Mercedes-Benz plant in Bremen, and for battery production at the location of Deutsche ACCUMOTIVE in Kamenz, Saxony. At the Bremen Customer Centre, the EQC is also charged with solar energy before handover to customers collecting their vehicles.

The kerb weight of the EQC is a hefty 5,335 pounds. The largest proportion of its material production, 39%, comes from steel and iron. In the next decade, Mercedes-Benz aims to shift to recycled materials, reducing the environmental impact of primary resources in the powertrain and battery by 40%. The company set a goal of making all its European plants CO2-neutral by 2022, relying heavily on wind-generated energy.

Secondary use of high-voltage batteries is another initiative. Mercedes-Benz defined four stages for battery recycling: battery re-use, repair, remanufacturing, and recycling. Recycling of the raw materials, such as lithium, nickel, platinum, cobalt, and rare earths, is considered from the beginning of the vehicle-design process. The company set up a central reclamation unit at its Mannheim site.

The company issued these infographics to accompany the report:

Meanwhile, at the launch of the EQC in Beijing, Jan Madeja, president and CEO of Beijing Mercedes-Benz Sales Service Co, said:

The future of automotive mobility is electric, and China has the power and the spirit to shape this future. Mercedes-Benz is determined to play an active and important role in that exciting endeavor.

According to the Asia Times, the EQC has a range of 257 miles. We expect it to be rated in the US between about 200 and 220 miles of range in EPA testing.

The Mercedes-Benz EQC arrives in the US in early 2020. But it has been on sale in Europe since May. So in this little round-up of EQC news, consider this report from a Europe-based EV owner now driving a Tesla Model 3. You can read the full review posted on Reddit. Or consider these few edited highlights: